2nd Job on our M&MForce 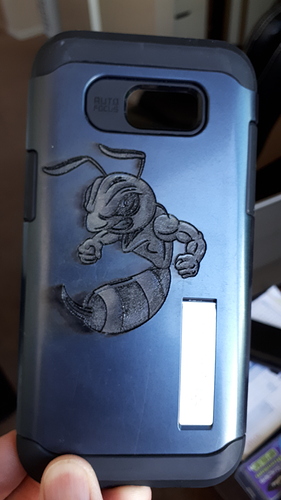 Coming from 3D printing and CNC routers this is another “works strait out of the Box” experience.

Coming from 3D printing and CNC routers this is another “works strait out of the Box” experience.

Yeah, I tell my students at the Makerspace that part of what makes CNC cool is you can pick up the next tool without any problem. In fact you can use the same applications and even design files for laser, router, 3D printing and plasma.

If your second job was tossing the electronics into the maw, you have to be braver than 99.999% of people who buy a laser.

My hat is off to MattbyMan, plus it came out looking great.
(looks like a seabee - is that United States Naval Construction Battalion or…)

Looks cool! what material is that? Abs? What settings did you use? I’m about to try and engrave the back cover of my Nintendo Switch, so the settings you used for this might help me as a starting point.

The 0.001% is me taking the phone out of the case before firing.

A rough translation of my surname is beekeeper, hence the bee insect thingy.
As far as I know it’s not from the United States Naval Construction Battalion.

I went with the Iphone 7 black settings and got away with it. No tweaking at all. I have to say that the power was a bit high. I haven’t looked at the possibility of tweaking feeds (watt) and speeds on preset settings yet, any idea if that’s possible?

The case is plastic and some what smelled like ABS, got my nose and mouth covered even do the machine is hooked up to my window. The smell was stronger of course as compared to melting 3d printing ABS filament .

Hmmm I just did about of googling and looking on the forums and it appears ABS is pretty dangerous to laser.

“Cutting ABS plastic emits hydrogen cyanide, which is unsafe at any concentration.”

You think it emits hydrogen cyanide when 3D printing?

Update: It’s a spigen armour case made from PC which due to its chemical properties it is not conducive to laser-cutting. So, even do the material not being ABS, PC is still not favorable to laser cutting.

To be safe I used a mask with filters and honestly I think the acrylic sheets that come with the machine will release volatile organic compounds too like all materials you laser cut.

Ok. Finally inspired me to do an iPhone case skin. 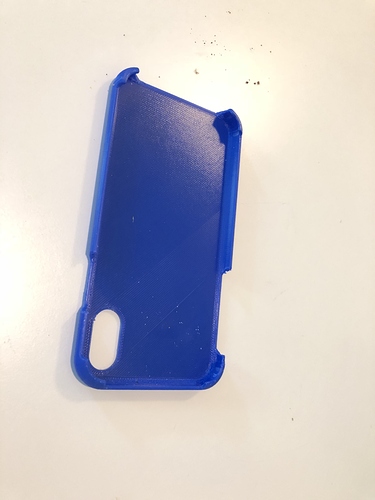 I have the X so no engravable surfaces. So I printed a case in PLA and did a veneer skin. Hard to decide what design to use. 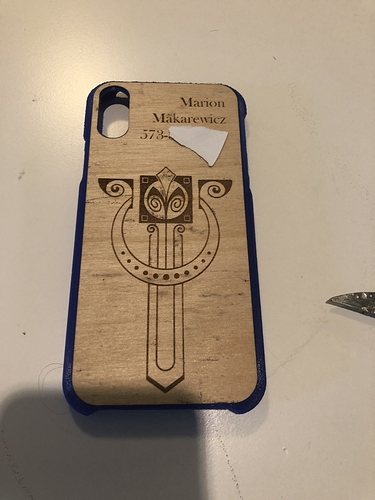 Please say you pronounce it “MakerWhiz.” Because you SHOULD.

Ha! I’ll remember that one. Usually it was some version of carrot whiz.

Looks cool … but, glad you and your Glowforge are ok.

You think it emits hydrogen cyanide when 3D printing?

I maybe wrong but I think there a difference to melting ABS and burning it with the laser? I think its the burning that causes the reaction that emits cyanide. But I could be wrong just going off this stie and a few others ive seen. http://atxhackerspace.org/wiki/Laser_Cutter_Materials

Id like to be wrong as it would be cool to engrave the switch casings and I already bought two back plates to try out.