This is a pin I designed to fit in the holes in the laser bed. I put these in place to align materials against so I can place them repeatedly in the same position.

Because the holes are irregular it will only fit in some of them and you may want to tweak it to fit where you want.

I am printing on a monprice mini delta in vase mode. The gcode for that is included. 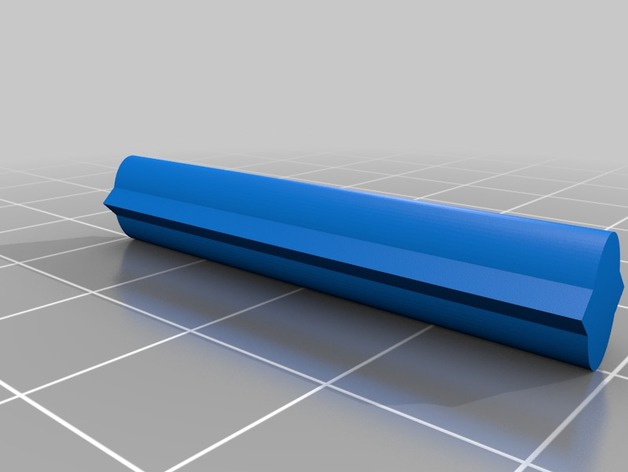 This is a pin for the glowforge laser bed. I use these to align materials while allowing them to be lifted and replaced. Because the holes in the bed are irregular and a tight fit is important for alignment, these will only fit in limited spots. I...

Great idea!
I machined a few brass pins that I use all the time now.

Awesome, thanks! Am putting this on my list of things to do.

Nice. I am probably going to make some with 1/4" tall round or square blocks on one end.

Yes I have played with rectangles and corners on the top but found just the pin by itself to be easier to use.

I may make a laser cut ruler with pin shaped holes to fit over them.

Given that the entire bed can move, I guess this is only for a single job, not meant as permanent registration pins?

Not permanent. But for example, I have used them to flip something over and engrave the other side. Or set material so it aligns with my SVG exported artboard.