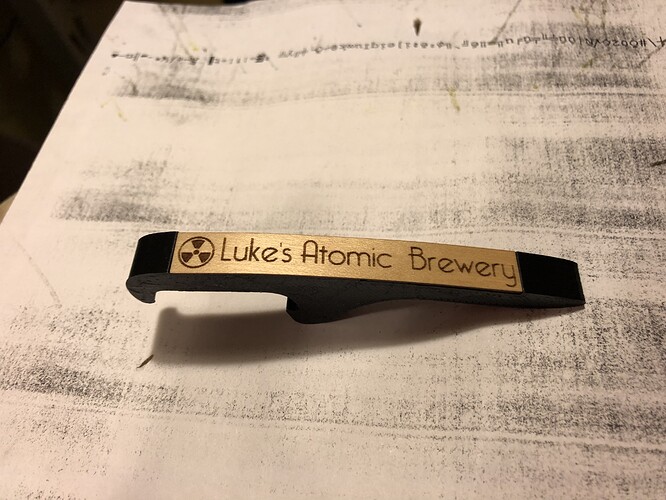 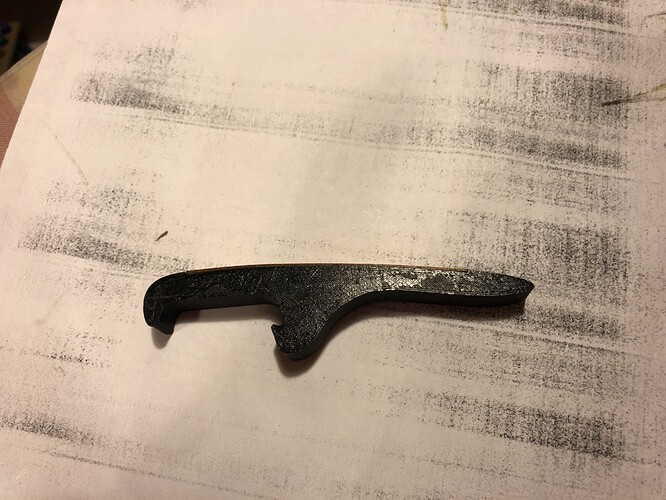 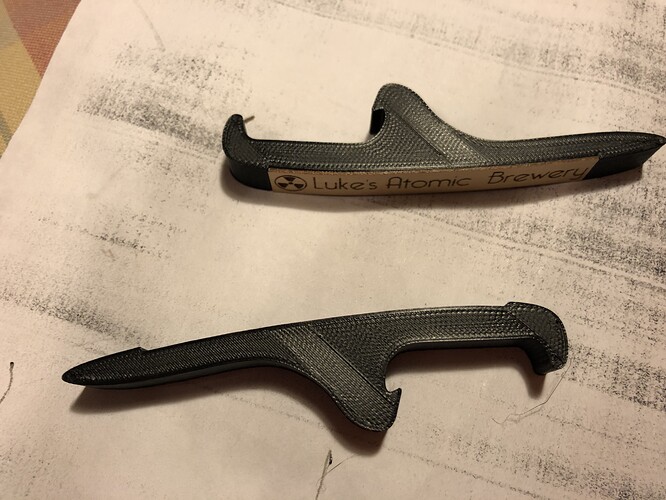 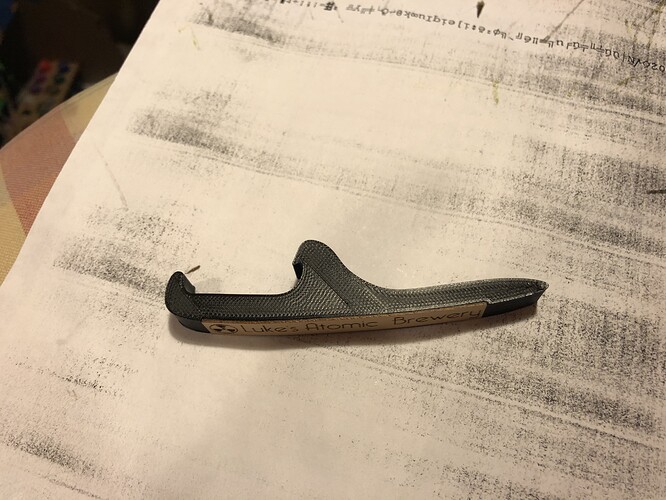 I like my Glowforge but I wouldn’t like it nearly as much without a 3D printer to extend capabilities. You all know I like to mix these two machines together to make practical stuff.

The bottle opener is a classic design. Just putting a patch of veneer on top isn’t the best solution since it sits proud. So I put a little rebate on the top to put the veneer so it holds better. My buddy is a retired nuclear engineer. I made him some bottle and class caddies for his brews and then gave him a bunch of church keys to give away with the beer since you need them for opening. 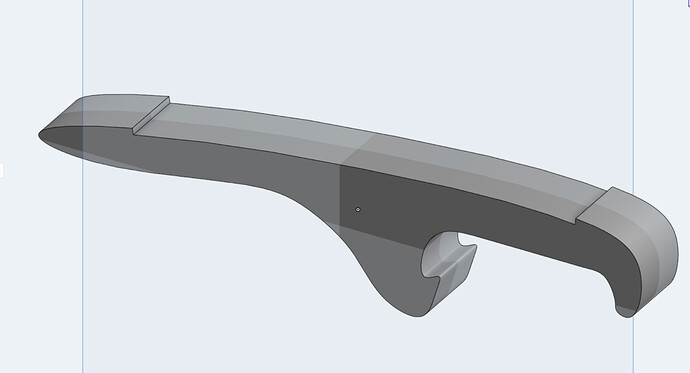 I can imagine that conjuring, designing, and manufacturing an idea between different methods is a serious time-sink for what of you is available. But how satisfying!

I love the shape of that…looks great with the veneer inset.

Gotta git me one of them there printers.

Hey, thanks for that! Great gift idea.

It’s thanks to 3D printers that I ever found the GF during their viral marketing videos, and here I am, all these years later and I still do not own a 3D printer! I had considered picking one up this previous summer, but I just don’t have the space for one, at least not with my current arrangement.

Always makes me jealous when you folks post your combined projects, but always glad to see them. Thanks for the share, hopefully those makers here that have both machines can get some use of this!

I had thought about one for a long time and wanted to build one from way back. Then with the long wait for the Glowforge, I did buy a Prusa. It works great. Had to replace the bed thermistors a couple times and finally replaced the hot end after too many chernobyl events.

I have a Creality too. It works but needs a lot more attention and fiddling. Still holding off for the SLA printer. I will only buy one when I get my basement back organized and neat. Which may be never.

Still holding off for the SLA printer. I will only buy one when I get my basement back organized and neat.

I’ve got an extra Elegoo Mars new in box from a year or so ago (I bought two at the time). Want it? I can ship it out tomorrow. I have to head to UPS to ship some other stuff to someone else here.

Oh man. I would love it, but I can’t do this. I’m making some roll stamp boxes that I started last year but never gave away. Still have the stamp rolls to put in them. Really, thanks for the offer. If I get this basement cleaned up over Christmas, I’ll get back to you. Right now I have both 3D printers going and the Glowforge going. Just about ready to start the CNC.

I’d have to get a good workstation dedicated to it. That made a difference from my FDM 3D printers.

I have been intrigued, but reluctant to explore the technology because I know almost nothing about it.

SLA printers give much more resolution to the prints so the parts will look much better. However the typical resin used with SLA printers is not as strong as resins available for filament FDM (fused deposition modeling) printing. The majority of the resins used in SLA printers are highly toxic and give off strong odors. SLA prints require rinsing the print to remove excess resin and curing the resin to harden. FDM printer plastics generally don’t have much if any odor when at room temperature and some have almost no odor while the plastic is melted to do the printing. FDM prints don’t require rinsing or curing.

Thank you for your time and education.

So, I figured I’d let you all know sooner rather than later that I succumbed to @jamesdhatch’s generosity and gave his superfluous SLA printer a forever home. I figure I can make little saint figurines. Definitely need to clean some space for it and all the accoutrements.

In addition to what @wilsonpf noted, an SLA printer takes the same time to print whether there is one part on the plate or 5 (if they fit). So they’re really good for packing a plate full of things. And supports are usually easier to remove because they’re not fully cured when you take them off before washing & curing the piece.

Love it. And I love that I’m not the only one who has multiple machines in use! I’m definitely going to use this as stocking stuffers next year for some friends in my running group with their nicknames on it. Thanks!