4 Replacement units in one year. Newest unit arrives with a scratched lens

In one year, I have purchased 2 Glowforge units. In that single year I have had four replacement units. FOUR. Two of the units failed with in the first day or two and then I had to wait weeks for another unit to arrive. I have wasted so much time with emails, unpacking new units, packing up failing units and shipping them through FedEx. I would think that after I have received this many failed units someone would give me the best quality unit they had and to be absolutely sure they looked over everything 100% to make sure I get a quality unit. Instead, I opened up the box of the fourth replacement and before I even had the unit out of the box as you can see in the background of this photo, I get the laser out and I see a scratch across the lens… I’ve never even used it. I sure hope my warranty starts over after every unit I get, because I have had so many months of down time with 4 replacement units. This is extremely unprofessional and a waste of so many people’s time and money. The FedEx guy asks me why he has to deliver and pick up these huge boxes so often. He’s delivered or picked up Glowforge units TEN times at my house alone! I will ask again. Can I please get an extended warranty because I don’t have any faith that these machines are going to last long with the obvious failing track record that I have seen so far. 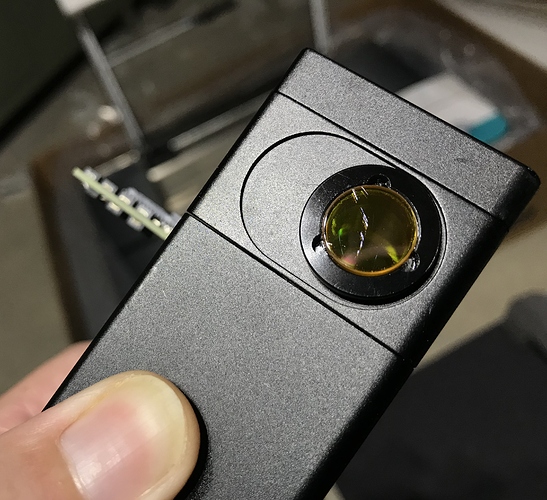 All I can say is you’ve been incredibly unlucky.

They’ve sold 24,000 of these (registered owners.) Many fail early - that’s just the nature of technology, it’s called “infant mortality” and is a good thing, because it means you get a replacement under warranty. Many more, however, have worked reliably for years.

I agree you have been very unlucky. The item you pictured is not a lens, but a window. Can you feel the crack when you try to clean it? Could it possibly be a film covering?

I don’t think this is unlucky either and I don’t buy the reasoning that many electronics fail in their infancy stages. Define “many”. Think about all of the electronics and household applicances that you purchase throughout a lifetime. I have never had anything as expensive as the GF Pro fail as quickly as my GF machine just did after 3 months and I’ve owned a lot of gizmos and gadgets aplenty. I’ve seen several regular posters chime in that this is just a hobby laser and that you can’t expect it to operate like a business machine, yet Glowforge highlights users that are doing just that - running a business with the machine. Obviously we don’t know how many units fail, but I’ve done enough perusing in this forum to see a trend of replacement units going out and users receiving more than one replacement. Are they all unlucky? Or are those units that have worked reliably for years the lucky ones?

I understand there are a lot of GF enthusiasts on this forum who rush to defend this machine anytime a user comments anything less than positive. I appreciate the support when I have needed it, but the defending of machines that repeatedly fail early is curious to me.

Thank you so much for alerting us about this. I am truly horrified at the string of unfortunate events you’ve had with your Glowforge. It’s not at all what we strive for, and we’re working very hard to get better. Please accept my sincerest apologies.

I’ve followed up with you in an email so we can resolve this for you. I want to ensure you’re back in action ASAP, and printing amazing things again. Since we’re communicating there, I am going to close this thread.