Not the fanciest out there & have been shared already, but made use of some scraps: in the center is a long & narrow bit of slate off cut from an old blackboard piece from local salvage store (which I trimmed to use as a blackboard for my kitchen), and on either side are marble tiles from a sample board of various sizes of rounds (likely water jet cut–just the text etched on the GF). 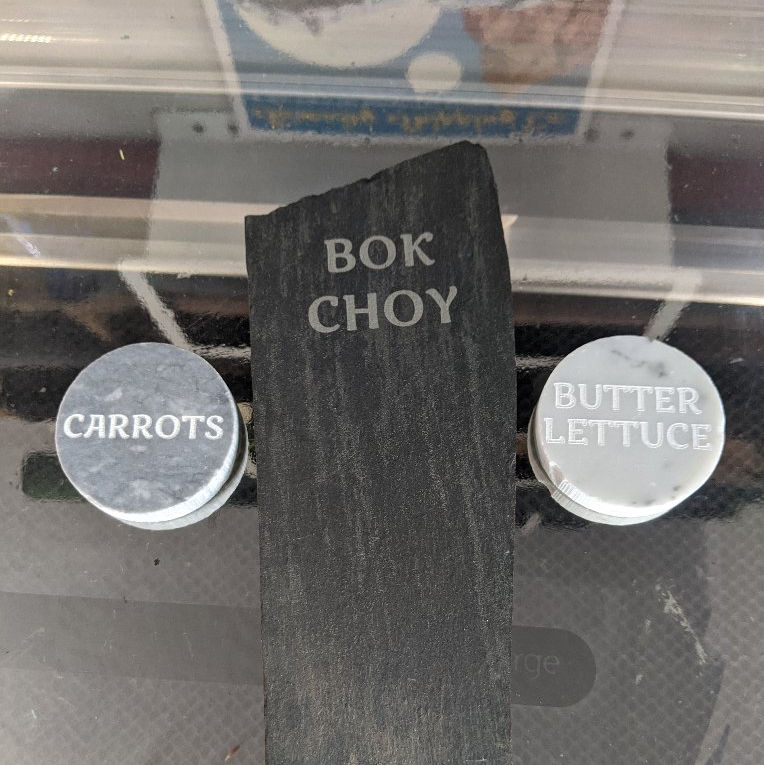 The round ones I’m trying to tack to some stiff wire with E6000 so it can be staked, but worst case, I will just lay directly on the ground.

BTW, bought the starts of bok choy (first time trying to grow this), but starting the lettuce & carrots from seed…

Markers look great! (I probably need to do a garden this year…just too busy these days to grow anything but microgreens.)

Thanks!
I’ve dabbled over the years with various edibles, but usually not focused long enough to get much success with vegetables & next thing I know, they’ve bolted! But lettuce is usually easy… and my current house might actually have good enough soil & sun for some decent carrots. The nursery I went to had been cleaned out last weekend–between it being sunny & dry week (kind of odd for March here in Seattle) and folks having to find things to do while stuck at home & “Victory Gardens” popping up again–garden centers busier than usual! But it’s still early for a lot… back to cool & rainy!