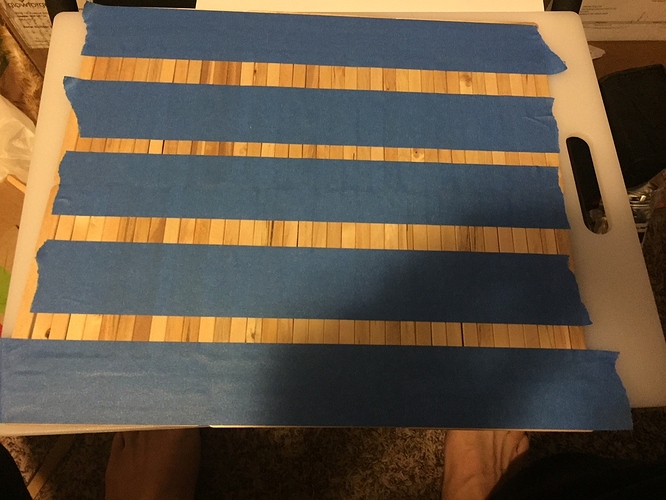 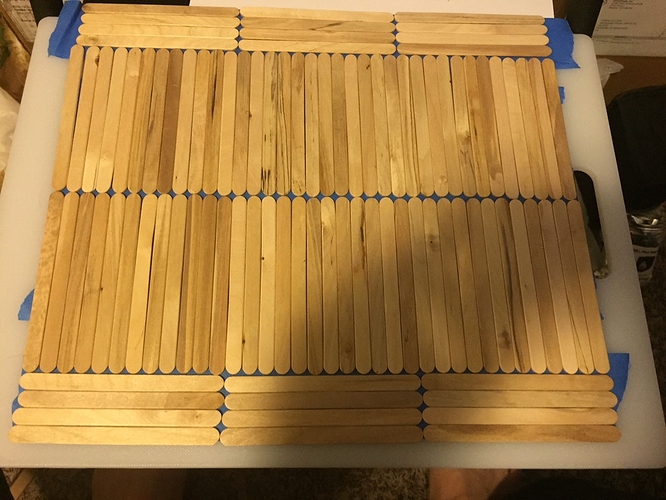 Of course, with everything so trial and error. I discovered that round one had not been given enough power. 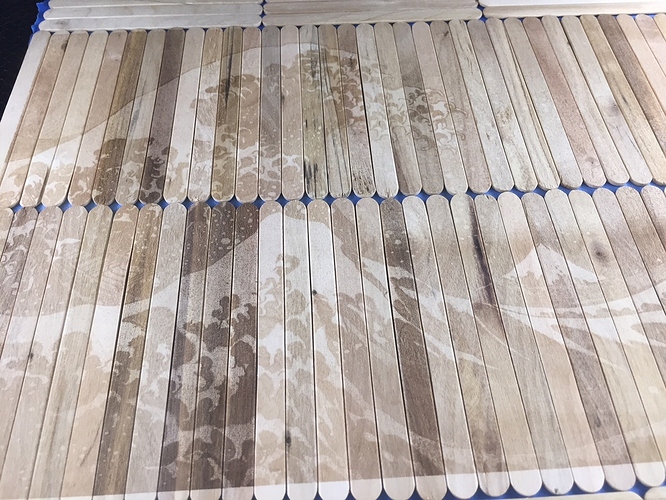 Thankfully, I had not touched anything, so re-submitting the print allowed me to darken everything up. Not quite what I was hoping for, but better than it was. I just realized variable power instead of convert to dots probably would have given a better image. 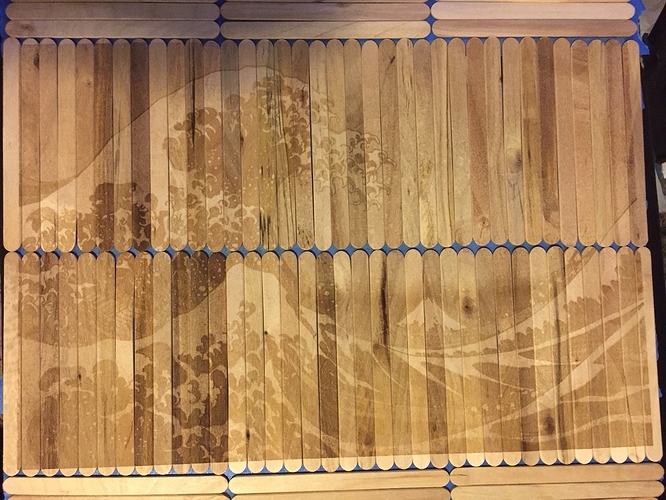 Naturally, a puzzle needs a box, too. I didn’t have time to cut and glue one, especially with a picture on top, so dollar store gift boxes to the rescue. 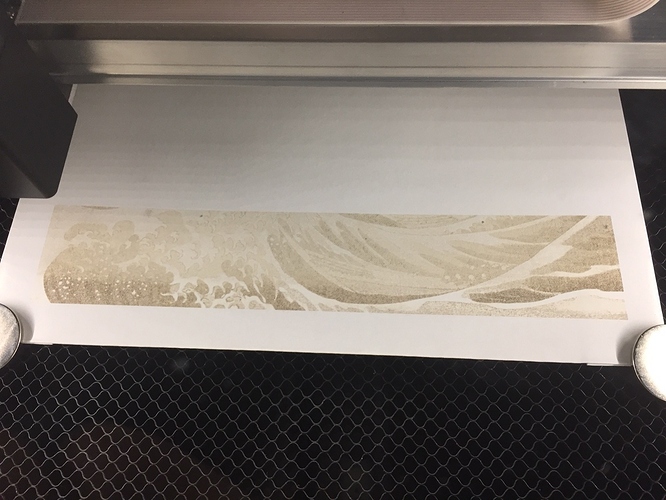 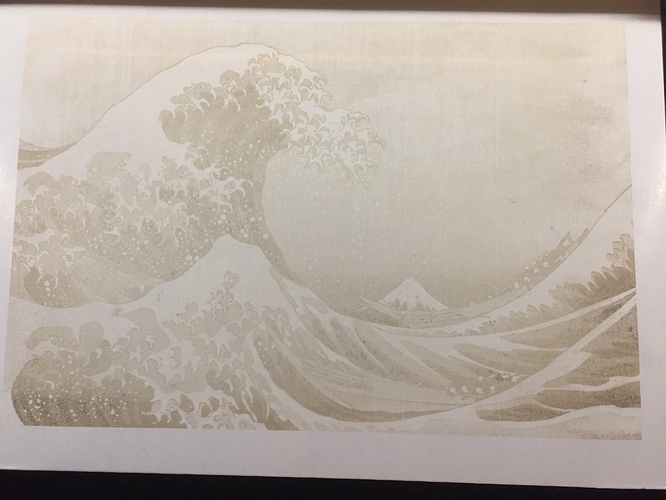 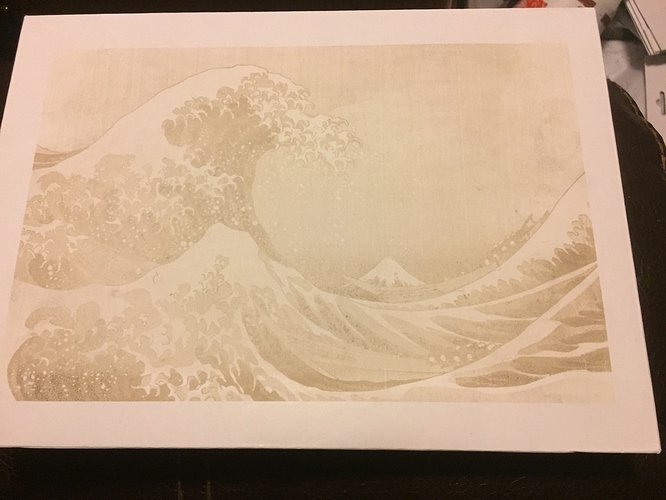 Now to inflict it upon my coworkers.

I like it! Would be a cool idea for one of those birthday scavenger hunt presents; a one-letter per stick message could be added which gives a clue when the picture is complete.

So I’ve created the craft stick puzzle. I’m already working on upping the ante on this art form, but details are being reserved right now.

Maybe a little bit. Still, if I’m going to ‘make an art form’, I’m going to try to do it right. And since it is a puzzle, I’m feeding positively evil.

Evil it is! Better still would be to Give it to your Coworkers as Popsicles!