If using the Glowforge to express ourselves is a thing, then this is a perfect example of this. I come from a multiracial family, and have started one. The current events have made me feel as though I had to make something to show where I stand. This isn’t a political post, so if you’ve got something political to say about it, keep it to yourself. 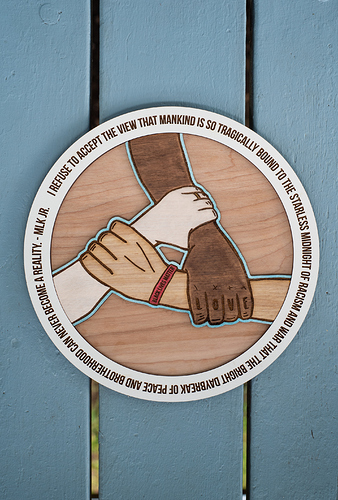 What about purple people?

Really nice work on the sign. Are the hands painted or an inlay? The 2 level effect is really nice as well, great design all around.

Wow is that his skin color!?

Three parts to this piece. A base Baltic that was engraved for the two top pieces to be inlayed. The middle is painted/stained utility board from Home Depot, outside is white MDF, also found at Home Depot. I did an interesting combination that was accidental for the blue outlines, which was a base layer of blue sharpie that was darker than I wanted, so I decided to paint over it with white, intending to just color directly on the white. The paint wicked some of the blue up and made it this color, which I really enjoyed. So I found a new technique for the future!

I really like that blue border even tho it was accidental. Yeah that’s his skin color but he is actually caucasian. His skin is blue from ingesting colloidal silver as a health tonic and maybe he applied it to his skin as well but yeah turned him blue :). waiting for a generation of kids to adopt it to freak out their parents lol

. waiting for a generation of kids to adopt it to freak out their parents lol

I believe it was Animal House where they put Methylene Blue crystals in the shower head of their adversary turning her a quite permanent blue (for a few weeks). Folks who have fought fish tank diseases are quite familiar with the effects. (Notably a bit different than the movie Avatar and the Marvel movies where the blue is different. )

Beautifully designed and turned out fantastic.

Oh, this is just gorgeous! You did a stellar job on it.

What about purple people?

They were all eaten… 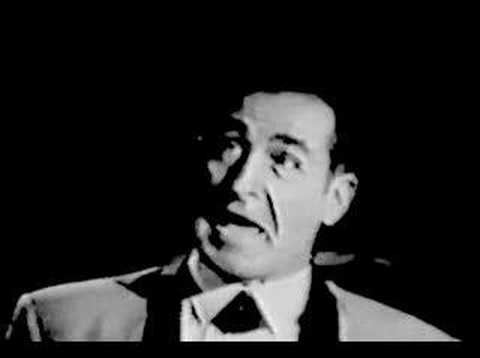