A trip down memory lane

Remember when these were where we went on the net? I was hoping for some earlier years but still a hoot

Ohmygosh, those were a hoot!

Those bring back memories, but I was on CompuServe and GEnie and ran a dial-up BBS starting in 1985.

I’m not older than dirt, but when I got here, it was still on the pallet.

Those bring back memories, but I was on CompuServe and GEnie and ran a dial-up BBS starting in 1985.

Don’t forget Dow Jones! and the AOHell cd falling out of PC Magazine. I used to War
Dial using a Sinclair…

I Had Timex-sinclair, but my first REAL computer was the original Apple Macintosh - that happy little toaster. I did the memory upgrade myself using a soldering iron and instructions from Doctor Dobbs, a REAL Hayes modem. I did the demon dialer thing for curiosity’s sake, but we had a half dozen or so dial-up BBS on line in this area, plus CIS and GEnie.

Fun times. Remember when computer users used to band together and meet in user’s groups?

This forum descends from that.

I Had Timex-sinclair, but my first REAL computer was the original Apple Macintosh

Mine was a Leading Edge PC w/10 mg HD. But as aside I repurposed a Timex-Sinclair to replace a 5k dedicated controller for an industrial application where I worked. Got to love the cassette storage and loader.

I had a bunch of German engineers working with me on a blown up (and repaired) 9000 horsepower, 4160-volt drive. Their test equipment needed a 3.5 diskette to record data.

We almost tore a compressor station apart looking for a poor little diskette… They’re just about dead technology… except when they’re not.

looking for a poor little diskette…

Should have called me, I have 3.5, 5, 8 diskettes, Bernouli Cartridges, Zip Cartridges and Drives for all, plus parallel/serial cards, SCSI, etc. Along with systems that might power-up but its been decades. I keep meaning to get rid of them, but…

Oh, that’s part of the fun of my job. We had an ‘IBM clone’ repurposed as a ‘station control computer’ at one station. It went belly up. The new replacement was easy. Even the I/O cards weren’t hard to replicate. The controls specialist was doing fine until time came time to load the program onto the new computer.

The program was on a 5.25 floppy. Nobody in town had a live 5.25 drive. We ended up sending the floppy to a company we found on the internet and for a small fee, got a CD back with the program, which was maybe 50 kb of code.

Loved it. Hated it.
At $5 per hour - time online had to be tracked to keep it under $200 or so a month.
Did a lot of Air Warrior from beta in 85 until its release a few years later. At $$ per hour, these were NOT the good old days.

When I signed up, it was five bucks an hour after normal work hours, and that was at 300 baud. They wanted premium bucks for faster speeds, so I’d search for files at 300, find them, log off, log back on at 1200 and do the downloads.

GEnie was great. But yes, very expensive, especially early on.

Near the end of GEnie I ended up getting a free account for the last year or two it was around. (In exchange for being a sysop for the A2PRO roundtable.)

first standalone computer i worked on was an atari 400xl. it had 4K of RAM in two cartridges, both the size of a nintendo cartridge (and looked pretty similar). we typed in our code in basic, ran it, and then it was gone when the next person got their turn.

then a commodore 64. that one i got an external tape drive for (woot!).

then an apple II c. where i learned how to play wasteland, the precursor to fallout.

at one point, i think when i had a 286, i remember buying 4mb of used RAM on 4 sticks for $400 and thinking i just stole it from the guy i bought it from.

i remember the portable 386 suitcase computer we had when i was at price waterhouse. it was a massive brick and had a tiny little 5" orange monochrome screen. and buying five brand new pentiums for our experimental computer lab when we first opened it, thinking, “damn, these things are really cutting edge” before we found out that all the floating processors were shit.

I did have a computer disk that I used for a table that was about 3-1\2 feet in diameter but my first computer was a commodore64… I had looked at a Kaypro some years earlier and still remember the salesman waving this little metal disk in my face and saying “you see this is? It holds an entire megabyte! You will never fill that up! And if you do we can sell you another one!” Like my table it was just a bare disk but maybe 3" in diameter and perhaps an eighth inch thick.

Ever since I think of whatever new chip in terms of those disks and how much volume they would be compared to say a 256gig fingernail sized chip for your phone.

Older than dirt, checking in. 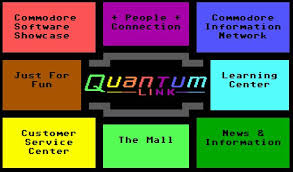 I Had Timex-sinclair, but my first REAL computer was the original Apple Macintosh

I built a SWTPC 6800 system in High School in 1978. I first used email in College on a DEC System 10. The messages could not go very far at that time though.