A VESA-VESA mount (not a Vespa mount - stupid spellchecker)

So as I have been using my X-Carve a lot recently, I had purchased a monitor arm with a keyboard tray and a 24" VESA mount monitor (Asus) and had a Raspberry Pi 4 (the 8gb model) to control the X-Controller with Easel (the X-Carve’s equivalent to the GFUI). Since the X-Carve is Arduino powered (the X-Controller is basically a fancy Arduino with the GrblShield on top to interpret the GCode. 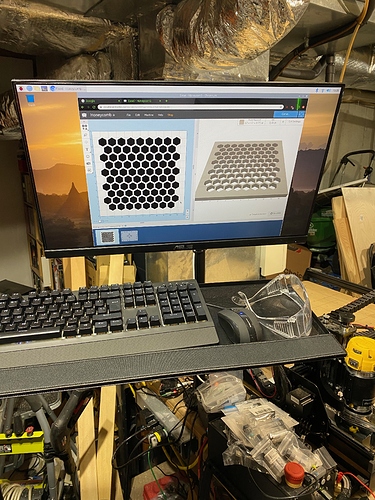 This requires a serial connection (via USB FTDI). So somehow they have magical drivers that allow the web-based Easel to run a serial connection from your computer. Well I had been using my MacBook Pro next to the X-Carve which I REALLY didn’t want to keep doing, A) because then my laptop is in my basement for hours and B) I don’t want my fancy laptop next to the X-Carve. I noted that Easel has a linux driver so I went to install it and discovered that the driver only works on x86 computers running Ubuntu (grrr). On the forum someone has made an open source ARM driver for the RPi. But it wouldn’t work (maybe before the Pi 4?) Anyway after wasting an afternoon fighting with the Pi, I finally said “fine I will get a cheap mini-PC”. So I purchased a tiny little Gigabyte Brix PC (Celeron based) which is slightly larger than a baseball. I got an open-box one (super cheap) and purchased a SSD to replace the “supposedly included 5400 rpm drive” (which was lucky since it in fact did not include a drive) since in no way am I taking an open-box drive (even planning to format it) and attaching it to my network.

Anyway, the huge advantage of this tiny computer is that it is VESA mountable. 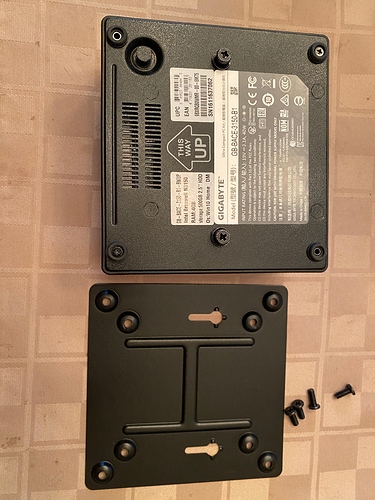 But the design is that the computer would attach to a monitor not already mounted to an arm since the hinge of the plate interferes with anything attaching over it. 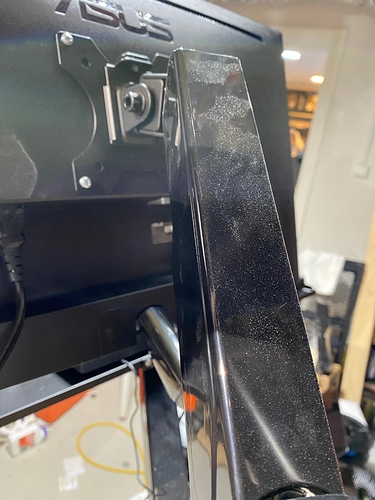 So that required a new VESA mount. So first I made a simple 3D printed one that sits on top of the pole that supports the arm, but that was kind of stupid since then the monitor isn’t near the monitor. 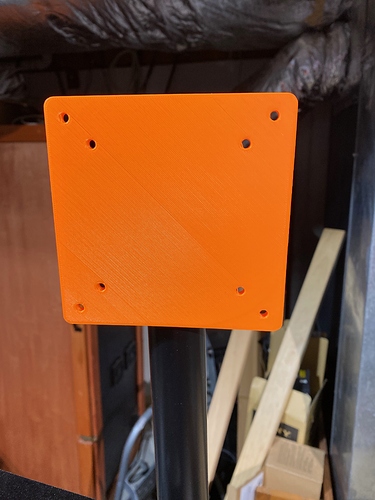 So I designed a mount that first attaches to the back of the monitor OVER the existing mount plate (with a slot for the arm’s hinge) and then has a VESA mount plate on top of the arm, so the arm can easily articulate with the computer behind the monitor. So I realized that acrylic plates will A) be 10x faster to make it out of, and B) are thin and strong: 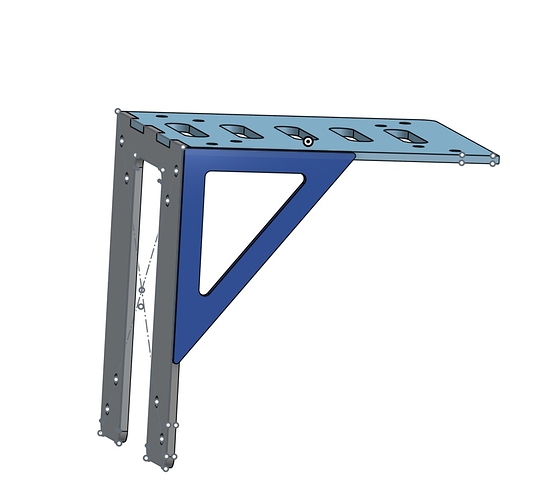 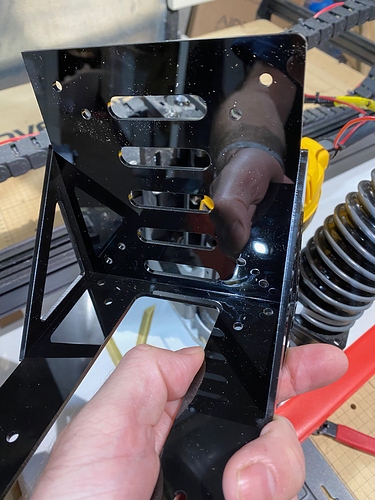 And compared to 2 hours of 3D printing, the Glowforge did it in <5 minutes

Although making a Vespa mount out of 1/8" acrylic on the Glowforge would be quite the feat of engineering! (quick look: a vespa is around 250lbs/110kgs) - the deep rabbit hole of looking up Vespa specs brought me to the fascinating fact that apparently the French Army decided to ARM a vespa with an anti-tank weapon (I guess really slow moving tanks on small old-city streets? And the soldier can bring his hot hipster girlfriend wearing her sun-dress based on all the regular vespa marketing materials as a bonus! 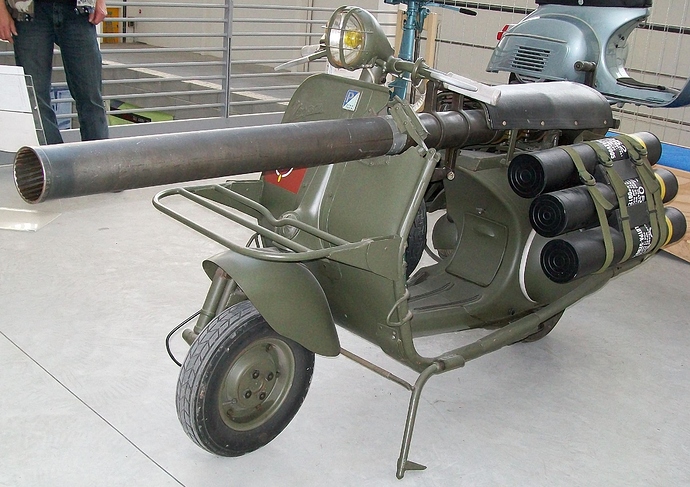 With an explosive shell instead of a rocket, they could run up close and still make a fast getaway. Though the soldier might have a bit of trouble keeping up.

Aren’t scooters speed limited (I know Vespa makes a cough racing scooter)? I know in our state you don’t need a motorcycle license for most of them (based on speed and displacement). I realize the military can remove speed governors if they wanted.

But just think about the poor soldier. All his buddies in the Armored Cav are sitting around, bragging about their tank or APC and someone turns to him and says “Jacques, what are you assigned to?” A vespa

Perhaps I was not making the joke properly. I was thinking that the recoil from a gun that big would set the Vespa back some and very quickly

but the soldier would not be able to accelerate that quickly. Quite aside from anything the motor would do

I was thinking that the recoil from a gun

That is true. Since I assume this is a rocket launcher, not sure I’d personally want to put my important bits at the end of the tube? But French are gonna French…

Does anybody who has served in the army know how hot these rocket launcher tubes get after launch. I mean seems awfully close to important anatomy!

Maybe the can pull a We Were Soldiers bit after they scare the piss out of themselves as it’s fired. 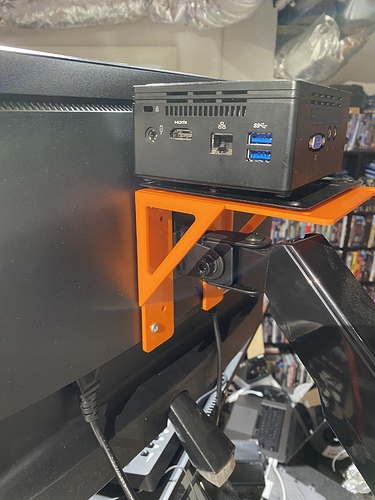 Oh and posted the files (including the CAD files) in Free Designs for all your VESA mounting needs:

So this is the file for the VESA-VESA mount that I made. Not super useful as a single design if you don’t have the exact weird problem I had, but this way you have a VESA mount pattern for whatever project you have. For Glowforge folks Monitor Mount.svg.zip (2.4 KB) And for those who know what to do with these files (the VESA mount plate in STL, STEP and Solidworks format): VESA Mount 3D files.zip (60.5 KB)