A warning for those considering a GF based business

It’s time for us to share our story here, in hopes it may help others who are considering a Glowforge as a business tool. Until now, we have kept our situation to ourselves, but it increasingly feels as though our story could be of some service to others. We started a Glowforge based business in 2019, receiving our first Forge in April of that year. That first Forge lasted four months before the laser tube died, and a warranty replacement was sent. The replacement unit lasted three months before the laser tube died, and a warranty replacement was sent. At this point, we realized that we couldn’t do business properly while waiting for replacement units to arrive, so we made the decision to purchase a second unit, which arrived in December of 2019. As of today, in September of 2020, we are waiting for our tenth Forge to be sent to us as a warranty replacement; we have had nine Forges die on us, and never had a single Forge last longer than the first one, at four months. The average life of our Forges has been right around three months, with six Forges losing their laser tube suddenly, and three losing laser power to a point of not being able to cut through material. Glowforge has always been accommodating, sending us warranty replacement units when something goes wrong, but recently things have become more complicated. When our most recent replacement unit from our original purchase died (laser tube), we were informed that our warranty was expired. No matter that the unit in question was only three months old from our perspective; warranty replacement units have no individual warranty against failure, you simply have a warranty of one year from your original purchase date, and after that, you must pay to fix your most recent unit. So Glowforge is asking us to pay just under one thousand dollars to repair a unit which they sent to us three months ago to replace a unit that died, which they had sent to us three moths before that, to replace a unit which had died, etc., etc. In the meantime, our second Forge has gone out (weak laser), and for the first time in our experience with the company, they are failing in sending out a timely warranty replacement. For the last two weeks we have been waiting, getting excuses about critical parts not being available, and simply… waiting. So here we sit today; our business, which was remarkably successful and a great deal of fun, is most likely going to fail. We are having a hard time justifying spending a thousand dollars to have our machine repaired, knowing that it is almost certainly going to fail again within three months, requiring another thousand dollar repair, ad infinitum. There is no warranty or guarantee on a repaired unit, and when pressed, the company offered us a three month (!) guarantee on only the parts which they replace in the repair. And our other Forge, which is still under warranty, is in some sort of Glowforge purgatory, a warranty replacement which can’t be shipped to us because it doesn’t exist yet (and we haven’t inquired, but we would guess that our warranty time is still ticking down, despite the fact that we do not have a Forge in our possession). Now, we have always cared for our Forges properly; they are a business investment and critical to our success, so we maintain them by the book and treat them with the utmost care. The company has repeatedly assessed our situation as “incredibly bad luck”, but it becomes more and more evident that these machines are simply not designed to handle the kind of consistent usage that a business machine demands. Not that we use our machines constantly; on average, they are running somewhere around three to four hours a day, six days a week. With a laser tube that’s supposed to have a 10,000 hour life, there’s a math here which truly doesn’t add up. Please understand that this is not an attack on the company; we have always been impressed with the response of the service team, with the way they have taken care of us, and just generally the business model as a whole. It just begins to feel as though marketing these machines as business tools was a touch of false advertising, done in the hopes that not enough people would follow through with full-fledged, laser-based businesses, for it to become a self evident issue. We are very curious if there are others out there who have had similar experiences; is this just “incredibly bad luck”, as the company would have us believe? Let us know if you’ve faced similar issues, perhaps a group of us would have better luck suggesting some slightly more equitable terms, than we would alone.

Posting here opens a Support ticket. It seems to me that you are not wishing to open a Support ticket, but are just stating your situation and trying to elicit others’ with a grievance with the goal of something like a law suit.

I am curious what types of materials you typically cut?

I didn’t get that from the post they made, kinda seems they are frustrated and looking for some answers if possible but misreading situations is kinda my specialty lol.

“Please understand that this is not an attack on the company; we have always been impressed with the response of the service team, with the way they have taken care of us, and just generally the business model as a whole.”

Let us know if you’ve faced similar issues, perhaps a group of us would have better luck suggesting some slightly more equitable terms, than we would alone.

Doesn’t seem like a request for support from Glowforge.

hehe I dunno, I’ve been climbing hills all morning looking for worthless rocks and a smaller waist line so I’ll have to come back to it and read it again once re hydrated.

“problems and support” seemed the correct heading for this thread. I have no intention of pursuing any kind of legal action against the company.

Our products are made from Proof Grade materials from Glowforge, store bought plywoods, and some hardwoods which we mill ourselves to 1/8th inch thickness.

The Problems and Support Category states that it is for requesting assistance from Glowforge Support staff. What assistance are you requesting with your historical statement of your experience? Also, phrases like “false advertising” are generally not meant to be flattering to the company.

I’m sorry to hear of the exceptional bad luck, it has happened a couple of times that folks have had to have multiple replacements, but it’s very rare. As you pointed out here, Glowforge always tries to resolve the issues as speedily as possible.

Your best bet is to wait as patiently as you can to receive the replacement, it is a fact that businesses all around the world right now are being negatively impacted by supply chain disruptions due to the pandemic…and if they say a part is not available, you would be wise to believe it.

Do what you can to get ahead while you are waiting…designing additional files for sale later is always a good idea when your business hits forced down time. (And it happens in business all the time. No one was counting on a pandemic shutting the world down though. We are swimming in uncharted waters.)

I’m surprised that GF keeps sending you replacement machines. It would have been much less expensive for them if they’d called it quits after maybe the 3rd machine and simply refunded your money. 10 replacements and a willingness to do more? Someone at GF isn’t paying enough attention.

Since your experience appears to be unique, it’s likely your use case that’s the problem. Statistics of failure pretty much demand that many other people would have high failures rates if your failure rate is truly representative of the quality/reliability of the product.

From your description, I’d bet it’s just that you’re wearing them out. The GF is a “prosumer” product at best, it’s not an industrial grade piece of equipment. You probably need a heavier duty machine.

I would be very happy if a representative of the company took the time, here, to address our issues. And if the phrase you’re referring to was pulled from my statement “It just begins to feel as though marketing these machines as business tools was a touch of false advertising”, then in the context of our situation, I stand by that. I’m not attempting to flatter the company, or defame the company; I’m stating the facts of our situation in an open forum, so the company and the community together have a chance to weigh in.

What have been some of the reasons for failure given? Or problems that ended up in replacement units? Same problem every time?

Thank you for this input, This is certainly how we’re feeling at the moment. This is why I’m reaching out, in hopes that other business-level users might be able to offer some insight. As stated, we certainly don’t run our machines all day every day, but we do indeed use them more than most, I expect.

Are they both Pro models?

They are both Plus models.

I hope that they contact you in a satisfactory manner. According to your post in July, you were very happy with Glowforge in spite of machine failures. You certainly got a lot of interest when you offered to sell the community your beautifully milled wood, and I sincerely hope that element of your business thrives. As you know too well, the logistics of living in “paradise” sometimes compound problems. I wish you the very best and will remove myself from this discussion as I have nothing more to add.

Yeah, you might be pushing them more than what they are designed for. The Pro models are designed to last through those kind of hours of use daily…they have additional cooling that keeps the tubes from burning out so fast.

I know you feel like you got burned on those, but a Pro model might work better for what you are trying to do with it.

This is good information to keep in mind for sure. However, I’m curious if you have looked at your electricity situation. I used to consult at a plant that had a lot of high-end digital gear and they were constantly losing equipment. They later found out that they had an electrical issue (on the power company side) that was causing all these issues. Might be worth having an electrician come out and see if there is something up or at the very least ask your local power company to have a look at their equipment that serves you.

We have always, up to now, maintained the position that these issues did not have a place in the public sphere. And the truth is that we desperately want to stay a Glowforge business, and not have to move to another platform. We love these machines, and the company that makes them. We simply can’t find a way to justify repairing a machine if we can’t figure out how to keep them from failing every three months. And as far as the other venture, we’ve been hard at work, and should have a big load of Koa up on the website and ready to launch within the week. 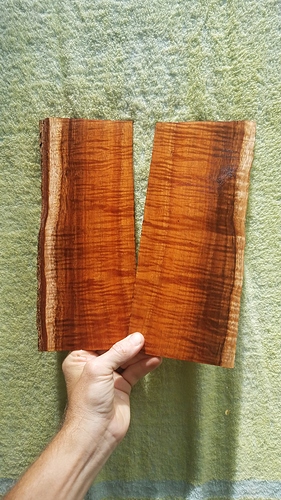 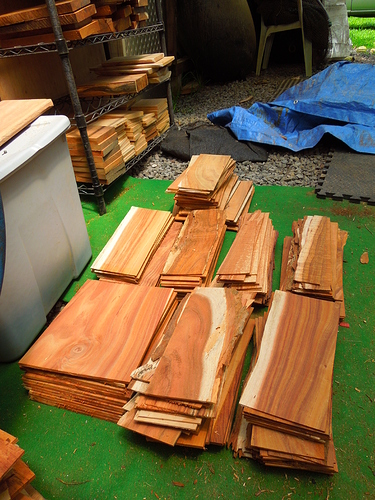 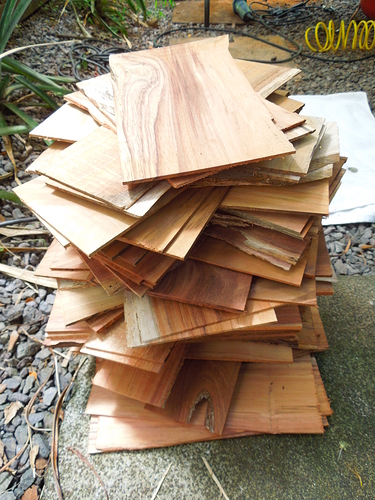