Seems like an interesting alternative to the GF’s built-in capture. Lots of “knobs” to turn in the conversion process for fine tuning the results. And it’s free.

I haven’t used it yet, but very similar to Illustrator’s Live Trace functions I believe (oh, I think maybe they renamed that Image Trace a few versions back maybe

Lol… went to install it, found I already had it. I guess I’ve found it useful…

and now I’m living in a Take on Me world and I can’t stop! 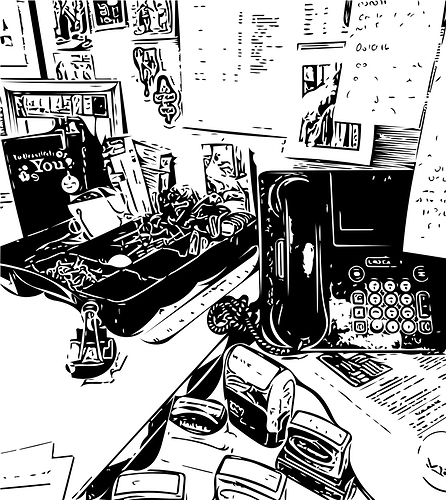 That link is not working for me, hmm.

I used to have something like this that stopped working, so glad I can use it again as I’ve got a list of projects.

Omg, I could hear that in my head even before I scrolled down enough to see that you included the link!

You guys who know who A-Ha was and can remember the lyrics of their breakout song and music video are showing your age. I won’t admit to knowing that song by heart, or to being able to sketch any of the images from the music video. On the Internet, at least, I’m not that old.

For anyone who doesn’t know who A-Ha was, it’s from a time when MTV actually played mostly just music videos. So you know it was long ago.

Best video ever released on MTV, hands down

and yeah, the age thing is why I included the link

Absolutely the best video ever created. That was the reason I went into graphic design. And yes, I remember when MTV premiered. We had a party. LOL

LOL, now that was funny

Nice, I’d never seen that. Weezer’s version is good too!