So I have a bunch of paths inside each other. Are there any clever ways to group them by “what overlaps should be a group”? I am sitting here like a dope drag selecting the whole little clump and grouping them, but I don’t want to, because there are 70 of them. Google wasn’t being very forthcoming, maybe someone out there knows?

Not sure what you mean by “what overlaps should be a group”. Can you put them all on a different layer possibly? Any chance you could share a screenshot of what you are doing?

If you are showing the objects list you can see the order from top to bottom. If you are going to make a bunch of objects from a single object (like duplicate or break apart) then you can make a group out of the single object and all the derived parts will stay in the group. Does that help? 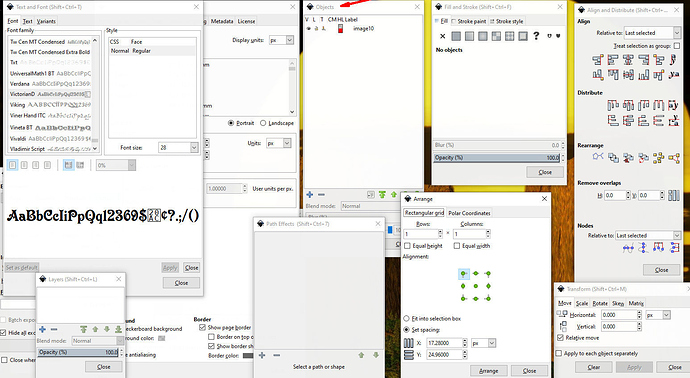 I’m sure you know this already, and not a specific “select all overlapping”, but using Option/Alt while dragging gives a “touch” selection (like the GFUI) as opposed to the usual “rubber band” enclosing selection.

I use that with a regular quick shift-click on a color to work my way around a complex design, then use select same to combine or group as needed.

I’m sure you know this already,

I did not, that’s an interesting trick.

So what I am trying to do is: 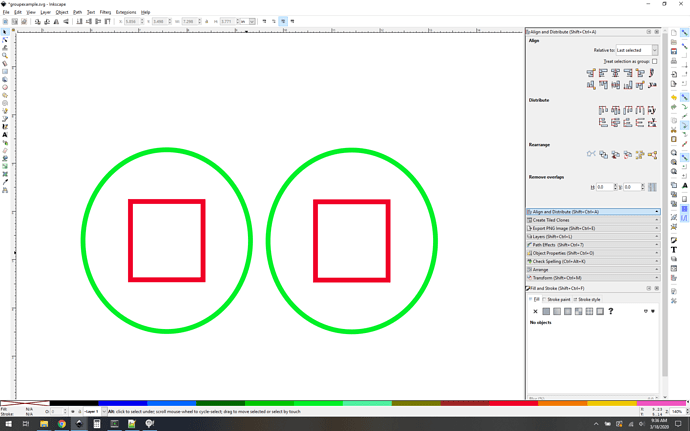 I can do it manually (and already did in this case) but it seems like this ought to be a command.

I did, but if you select all greens or all reds it doesn’t let you group them as I’m describing.

In my example each group would consist of a red rectangle with its surrounding green circle, and I’m just thinking I might be out of luck unless I code it myself.

Play with the “touch select” option a little. I think it may get you close.

Note it does not select “enclosed” objects, only those that the select path crosses (it’s a free-hand shape). So in your example, a squiggle across the two shapes would work, but a hand-drawn shape around both would select nothing.

Right, so I was able to do it just about as easily as that by snap selecting with rectangles, my parts were arrayed nicely. I want a keystroke that does it automatically for 70 parts though

The issue is that these are all different parts. In a case like with my creatures where I need 100 of the same connector, I just group one, then clone it to death, problem solved. But this is a case where there are 70 parts that are all different from each other. The only thing they have that define them as a set is their juxtaposition.

I want a single command to make this into two groups,

Is the problem more complicated than making one group of circle and rectangle and copying as many as you want? Handing the program 4 or more items and saying “group as I think it should be” is not enough information, or the script would have to be extremely specific to look only for red squares surrounded by green circles.

He said that in his post immediately above yours:

But this is a case where there are 70 parts that are all different from each other. The only thing they have that define them as a set is their juxtaposition.

Sounds like “group everything that has something inside it”…

My usual problem is the opposite to have many little parts on the inside and I want the outside separate. this usually entails making the object a group, using break apart, freeze the one I want separate and then using combine to make the rest one again. This usually chokes the computer for a few minutes at least.

this is an example… 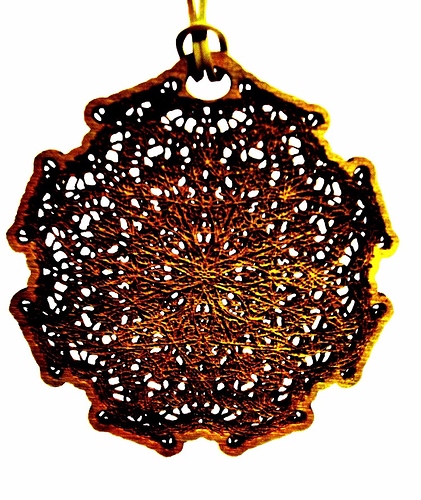