Afraid to burn direcly on the crumb tray

Call me chickensh*t, I still fear burning something directly on the crumb tray, what happens if I am off and I laser the crumb-tray like a bond villain, please re-assure me. 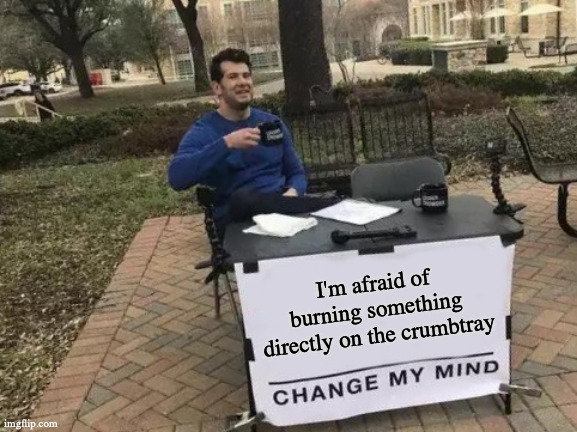 It explodes. (Probably best not to do it.) 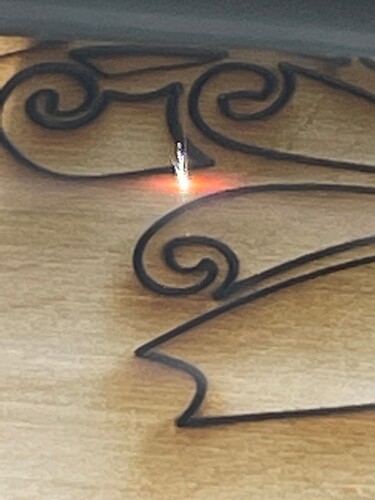 In all seriousness, absolutely nothing happens. There’s a metal bottom on the machine, the tray is metal, and the focus is a lot higher…so zippo. 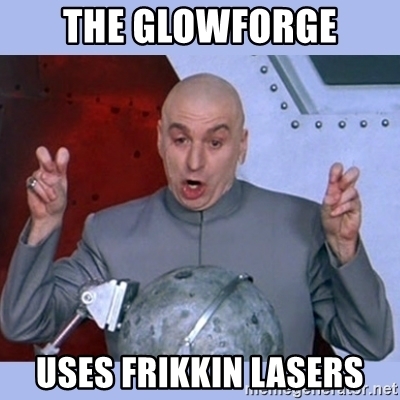 You’ll get additional flashback on the edges due to more air feed, but nothing else happens. (You should take a look at what is going on underneath your material if you want to really have a freakout. There’s a video around here somewhere.)

if the laser could damage the metal tray, that would mean we could engrave metal.
We can’t engrave metal, only mark it.
So… No worries.

Some of the original machines came with silver crumbtrays - so you could see exactly where folks had hit them because they turned black there. Now they’re black so you really can’t tell. Literally when I had a bunch of tiny pieces stuck in the grid I ran a bunch of cuts over that area with nothing in the machine so it would cut up the stuck things and drop them through - worked like a charm

granted, it is possible to insert the crumb tray backwards so that the plastic tray section (which should be safely under the laser tube at the back) is instead at the front.
If you do that, there is a danger of cutting into the plastic. I know at least one person has done this and posted it here somewhere.

at least one person has done this

Uh yeah, I decorated the tray on the Pre-Release.

(In my defense, there where no controls back then.)

I don’t understand. What are you putting your material on if not the tray that’s designed for it?

I know at least one person has done this and posted it here somewhere.

My very first days with the Glowforge I had the tray too far back and discovered much to my horror (and shame) that that part was plastic and not metal. When they replaced the machine they did not replace the crumb tray and that gash still stares at me accusingly every time I open the lid.

I still would prefer to have had the shiny white version instead of the black.

I was using the tray with a piece of 1/8" plywood as my ‘cutting base’, not the wood to be cut directly in the crumb tray.

I’d be more afraid of that, TBH. From a practical standpoint, the holes in the tray allow the smoke to be pulled out, but more importantly, layering material increases the fire risk.

The only, ahem, flare-ups I’ve had were when experimenting with cutting multiple layers of material.

If I’m getting too much flashback, I’ll add an extra layer of masking, making darn sure it’s 100% adhered to the first layer.

There is enough air being pulled thru the chamber, that I don’t think the crumb tray makes THAT much of a difference, I may be wrong, This is my second week using a GF and I am still stumbling around trying to find my footing.

Sorry, but I still don’t understand your concern about using the crumb tray as designed. I’ve overran the edge of my material intentionally many times in order to remove scrap and true edges with no I’ll effect. Shoot - I’ve missed the material completely a few times (forgot to set an object to ignore). The GF is safe to use as designed, no need to “solve” a problem that doesn’t exist.

BTW, I’ve had my GF since 2017 – you’re going to love it as you gain some experience on yours! Have fun.

it’s week #3 for me, and I am already cutting intricate lattice work, not too shabby for a kid from Brooklyn.

After many years with a fireplace one thing becomes obvious. Toss a log on the fire dogs cover it in kerosene and light the kerosene and there will be a lot of fire till the kerosene is gone, and the log will be barely scorched. But use two logs and the trapped radiation between them will start the fire for the fireplace,