The Glowforge store is out of stock and a scorched the lens on the printer head. Does anyone know of any other source to get them?

as far as i know, there are no 3rd party vendors for anything that’s part of the machine at this point.

have you directly contacted GF yet to ask about a lens? it may not be on the store, but that doesn’t mean it’s not possible to get one. i would either email support or open a new thread under the problems and support section.

You sure it’s scorched? I had one that looked dead to me, but then I cleaned it thoroughly and all was well.

This is what I sent to tech support last night. They said I needed a new one.

And you tried cleaning it thoroughly? That could still be surface junk.

I can try again. I was using the lens wipes. Is there something else that I should be using?

For something like this though, when you don’t have much to lose, you could try something more aggressive, I would think (it’s what I would do in a pinch)

Everything in here is not official or tested! Don’t blame me if you really kill your “dead” lens.

After that I’d start thinking about what else to try. Maybe soaking in rubbing alcohol for a minute and see if that helps. (the wipes are basically rubbing alcohol. I think)

After that I’d ramp it up, and go to denatured.

If it’s still on there and the lens isn’t obviously damaged from my fumbling, I’d get medieval and bust out the goof off in a well ventilated space.

If goof off won’t get it off or if it looks like pits on the surface, I’d listen to support and buy a new lens.

Thank you, I will try that.

Glass won’t burn, it’s already oxidized. see layer posts as to why this is struck.

The lens is very unlikely to oxidize in normal use, and wouldn’t “burn” in the traditional sense. If it were to actually “catch fire”, it would need a massive amount of junk on it, and you’d have way bigger problems. Then the laser light actually gets to the lens it’s not focused, so it’s also not as hot, so actually igniting anything flammable on the lens seems like a crazy bad edge case that just won’t happen.

It’s bad to have a dirty lens for lots of reasons, I’m sure, but starting a fire in the laser head is probably not really a thing to worry about.

Alright, GF rocks! I just got an email from them saying that they located a lens and they are sending it out!

First rule of laser maintenance - keep your optics clean.
Infrared radiation is just light until it touches something (like dirt on the lens)then it’s heat. If the energy isn’t transmitted it’s deposited.

First rule of laser maintenance - keep your optics clean.
Infrared radiation is just light until it touches something (like dirt on the lens)then it’s heat. If the energy isn’t transmitted it’s deposited.

Thanks for this. I was wondering what would cause pitting/damage like this. Makes senses now.

After doing a lot of research over the past couple of days. I am wondering if my issue was caused by back splatter. I had cut an acrylic with a copper coating on it, and it seemed to me that the issues started right after that. I think that the copper was vaporized and redeposited on the lens.

oh, interesting. Copper reflects IR from the glowforge laser. So glad you’ll be back in business soon.

You didn’t vaporize any metallic copper, we don’t have enough power for that. If you vaporized something I can’t say, but I can say it wasn’t a metal.

Sorry, I should have been more clear. It is a very thin film of copper on the acrylic. I didn’t think anything of it because it is marketed as laser safe. I don’t remember the name of the company that I ordered from.

Zinc Selenide is not a glass and it will oxidize in atmospheric oxygen at high temperatures.

Zinc Selenide is not a glass

Fair point. Interesting. Looks like it can oxidize between 400 C and 700 C.

Fair enough. But given that it’s being used specifically because it won’t absorb co2 laser light, I’ll say you’ll never get it near that temperature unless you meet one of two major criteria.

1- Manufacturing defect in the lens. All bets are off here but I still doubt you’ll hit these temps.

2- Fire in the GF. But then you have a host of other problems. My gut says if you have a fire persistent enough to heat the lens to 400C, your entire machine will be destroyed. 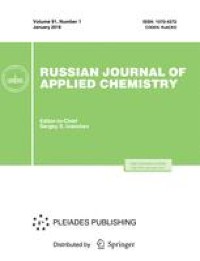