Alignment for Cutting - The Answer Comes From Above Not Below

So I was thinking about how to create a repeatable method of aligning objects on the bed for predictable and repeatable burns. Everyone is trying to address this from the bed. The answer is in the gantry above. The solution would be to add a laser pointer that would cast a square beam down onto the bed that you could align the content to. All the math is figured against the movement of the position of the laser. that means the assignment of where to place thing or where they are makes more sense to measure from the same relative object. Thing could still be done visually but is would be a “translator” or assistant to the main language of the math of the head. This would make the alignment math that would be predictable according to the spacial understanding of the gantry. Maybe something that could be put into the head for future builds etc. Maybe attaching them to the walls may work too but if the gantry is used then every time you align something it would be square to the gantry and that is what you want to be square with .

Another method would be to place small registration marks on material prior to a Job. Placing a piece of paper or using masking tape because it wont move on the bed and then allowing the user to place where the object will be, burning the registration makers for material placement below and marking the corners / circle for round objects just outside the object to be burned would also allow a visual que to align the object for the job. A VERY light draft burn could be placed so you could make fine alignments. Again this would address the problem from the understanding of the gantry vs. the bed. Just an idea…

This is a good idea! Until (if) such a thing is possible I think how useful it is will depend on your need for precision… and that’s the paradox here.

Aligning by hand with a projected beam is going to be aligning by sight and will therefore be fairly precise but not 100% dead-on. That’s pretty much where the camera comes in.

If you need 100% dead-on, then a cut jig will be the ticket, and we’re back to square one.

I can definitely see the utility of a projected beam for an additional way to align without having to go back to the computer etc, but I think what you’re trying to do is attainable as-is with the right work flow.

The beam does not have to be just a single line it could easily be a grid and could even be active to alert you when you have aligned the object to the correct placement. This could be done through simple edge detection. It would be much more accurate than a jig. Everything should be aligned via a program like illustrator that would let you place the outline shape on a grid and the active beam would show you where to place it on the bed using the exact same grid pattern and could change from a red beam to a green beam when you have it placed properly. even if you use a jig the laser would provide a much more accurate way to align the jig properly. Everything is relative to the gantry above not the bed because the bed is not fixed. If it were locked into place that would change things but its not.

You can get a bulk pack of low voltage LED lasers that project a straight line for very little $$ - they are used in things like circular saws to project a cut line ahead of the tool.

They are small and light, you could easily mount a couple besides the lid, and/or to the lid itself.

not sure how this would help a ton since the gantry and the lid are both moved out of the way as we are “placing” our piece on the bed. It sounds like we “activate” the square or the grid, then we open the lid and the square/grid goes away. We place the piece as best as we can, close the lid, turn on the square/grid, open the lid, re-align, close, check, open, re-align, etc, etc, etc…

I’m failing to see this as a time saving or more accurate way to place material. Am I missing something? Is the grid projected from the sides to show a static grid? If so, how does it account for the height of the material on the bed, or below the bed if we remove the bed to place a thicker item.

I’m really not seeing the benefit of this.

Not sure who that’s directed at, but my idea would be mounted to non-moving sides and possibly on the lid in a way that they shine down onto the bed when the lid is open. Material thickness would not play any role as each line would be projected straight along one axis…

Imagine the laser module from something like this, mounted up above the bed from the sides and front or back… 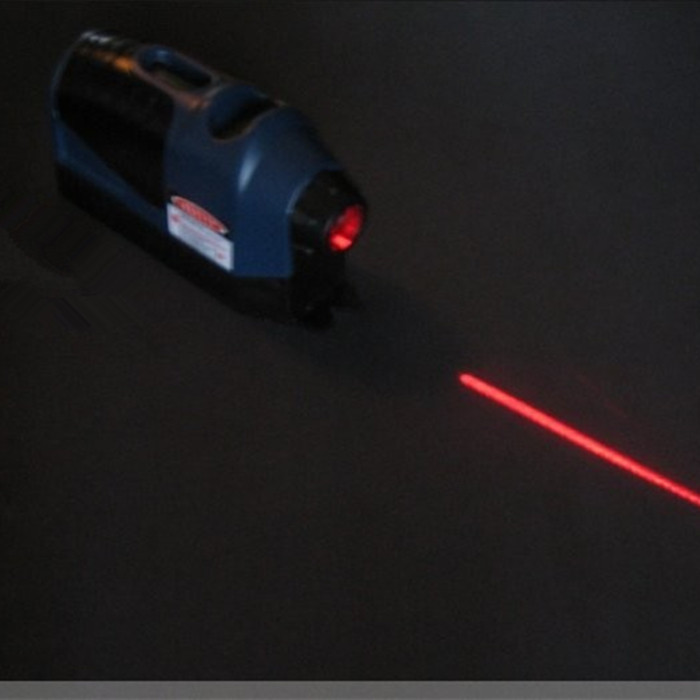