Another tea candle holder out of wenge

Found the design but it was too large for glowforge to handle, so i broke it down into 7 different files in Illu. for printing. Very fragile but looks great cut out of wenge. 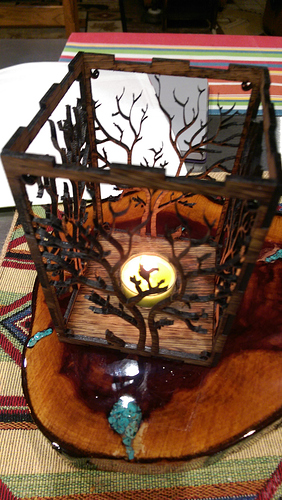 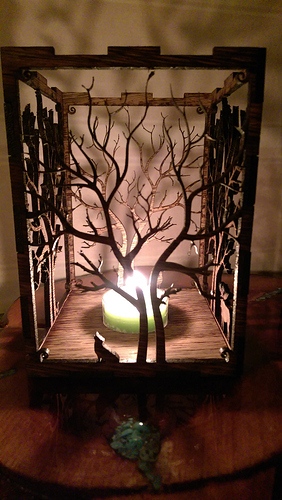 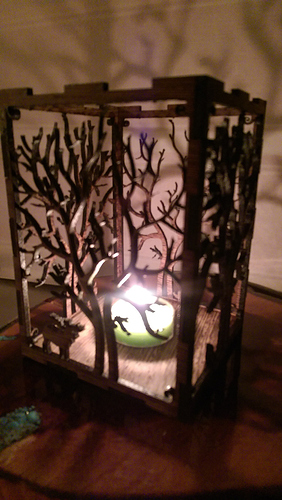 Turned out very nicely! (That’s a tough one to cut with all the little branches.)

there were even more little branches that were vaporized

somewhere on here is a thread with that very file, and a fix for it. I tried cutting it too and watched with dismay as the lines got so close the branch ends disappeared in a puff of smoke…

Speaking of which, I’m continuing my custom puzzle drawing in AutoCAD. It’s at no scale right now assuming based on user age I can scale it up or down. How fine a sliver should I expect before it goes up in smoke? I would think durability would drive the width to about 1/16".

I agree. The beam starts to overlap somewhere just above 200 LPI I think.

LPI. Hmm, that doesn’t translate in my gray matter. It goes in, but doesn’t come back out in a form that I understand.

Well, thinking about it, that’s really not a good metric, it’s the heat deposited per unit time that is the problem. At full power, a 1/16 is probably pushing it. That same design could probably be accomplished by a much lower power and using several passes to get through.

Here is the reworked version of that file. Check out the whole thread, you will see lots of work on it!

Unable to get fine cuts. Everything getting blown out Everything Else

Thank you! I went looking for it too.