Area x LPI does someone have a formula?

I found a really nice grayscale image on the web that I would love to make a 3Dengraving on a box . the image is 16" x 7" with the fingers starting just beyond that all around and the front of the box also fits in the cutting area as well.

I started with 400 LPI and after a bit the GFUI just started laughing so I have been stepping down the LPI first with and then without the cutting out but I have not achieved a setting it will accept. It takes quite a while for each case and I was wondering if someone had worked out a formula.

It’ll depend on your speed too. You aren’t really giving enough info to answer this.

Ahhh I am running 600 full power varies strength. I did not realize that speed of path would make a difference.

Interesting! I went to a speed of 700 and the engravable area got smaller!
In this case I have the room to move the design over but when I need to increase the available area slowing the engrave down seems to allow a larger area.

Yes. The faster the engraving speed, the more time needed for the head to decelerate at the sides, and the smaller the workable area.

Just try using an LPI of from 195 to 225. It gives complete coverage and is a lot faster, allowing the job to finish processing in the current time allowed. (You can likely bump that up to 270 LPI for a 16" x 7" engrave, but you probably won’t need it. It just wastes time.)

Correct – the faster the head moves, the more slowdown time/distance is required at the end of each row.

Well the magic numbers that worked was 650 zooms x full power x 270 LPI and it is cutting out the teeth as well for the top and front. The time will be 3 hours and 14 minutes which is fine. I think I can get the rest of the box in two more rounds as I am running oak plywood through the passthrough.

At the bottom line will be the depth of the engrave. With the oak as tough as it is I might even want to take a second pass perhaps at 50 pew to clean up the depths and get it a shade deeper.

Indeed the depth was far too shallow, but there was a stripe of carp in the wood as well so it will need to be redone. It was also so smokey that the exhaust could not handle it and I had to stop and clean everything in any case.

So I rotated the 19" x 48" piece around and I cannot see the carp at that other end so I am running that whole thing again. The carp is not totally laser proof in this material and so will not effect the rest of the pieces very much, but it does make a mess of an engrave. 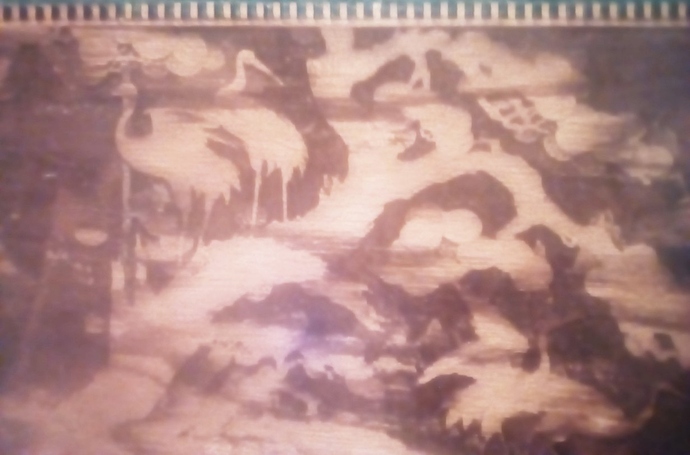 Sure enough the carp showed up at the other end of the sheet anyway, but I ran the engrave twice and each time toot off a maximum of a bit over a mm so the second engrave has a max depth of just a hair over two mm and I am finding that there are details that are invisible in the gray image. Notably the deeper leaves that all just look like ovals actually have needles and the look is much clearer.
What I need is a full 8+ inch wide actual plank wood, and perhaps 3 or even four passes, but for now I need to grow a bit in understanding the results and mechanisms. 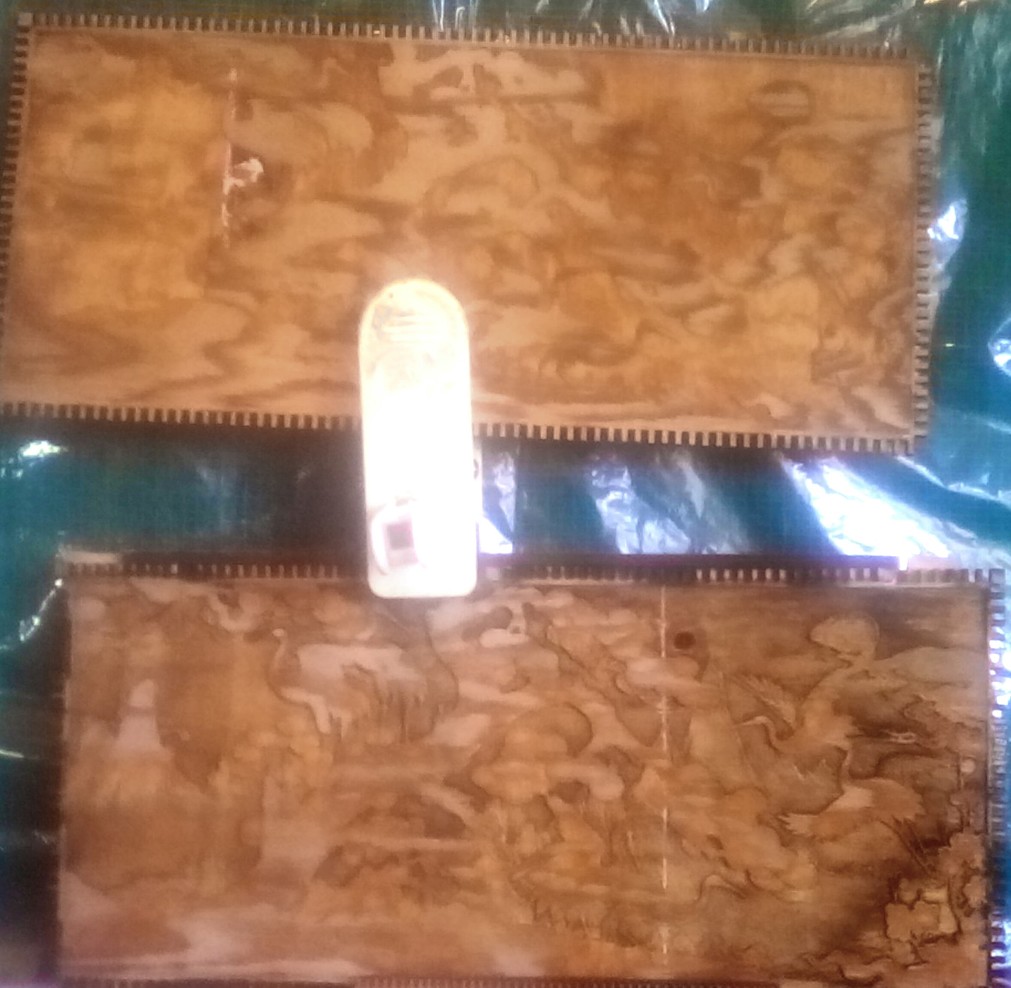 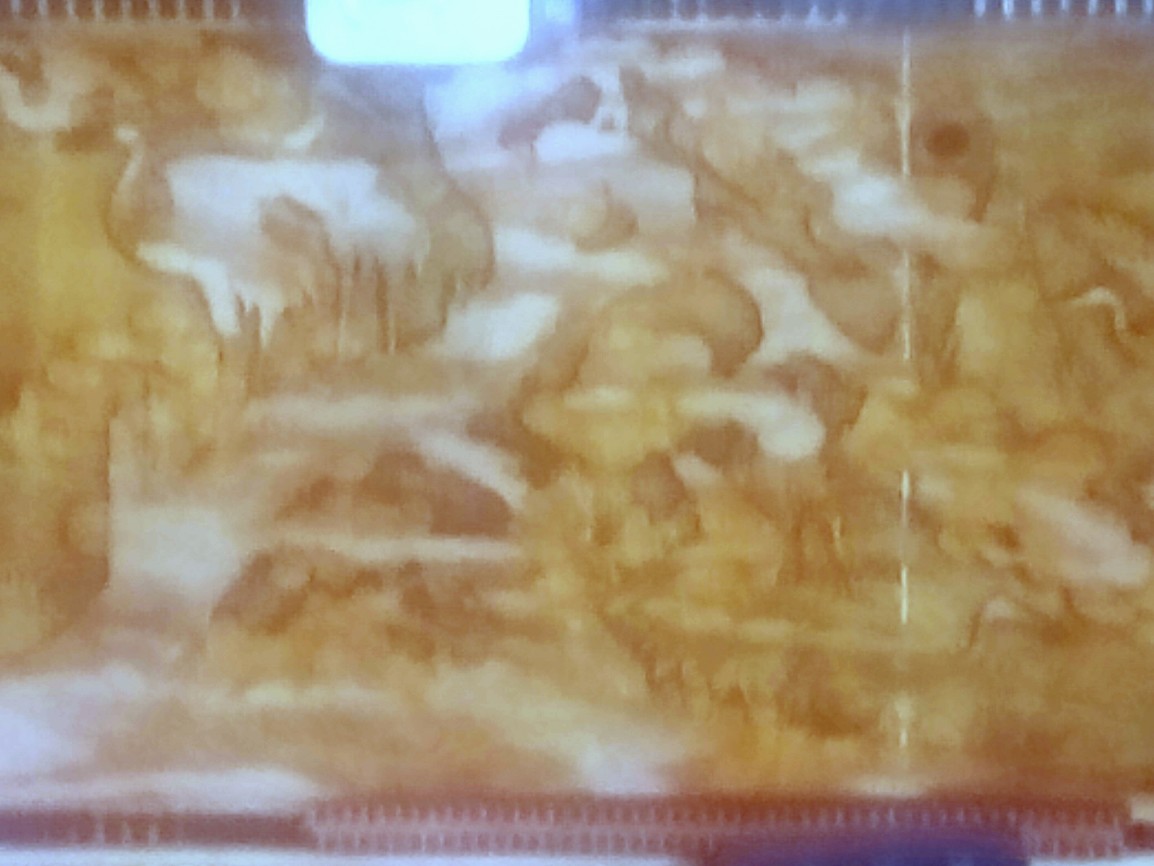