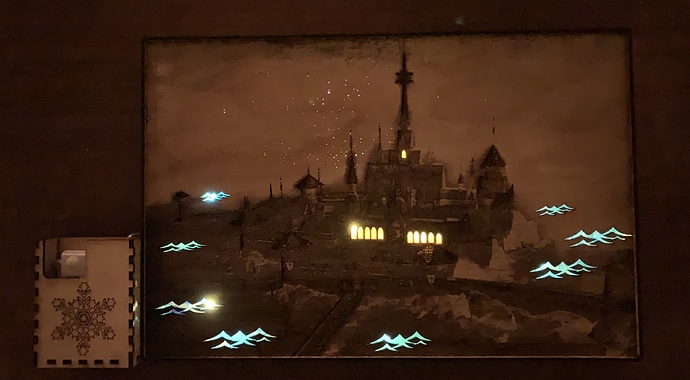 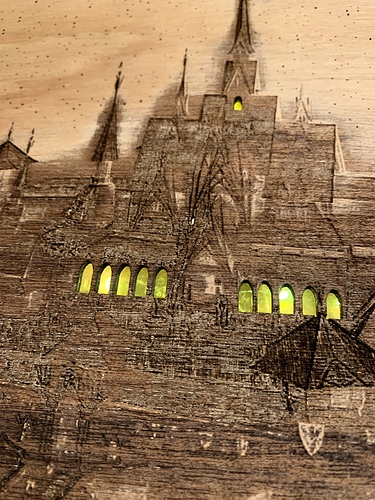 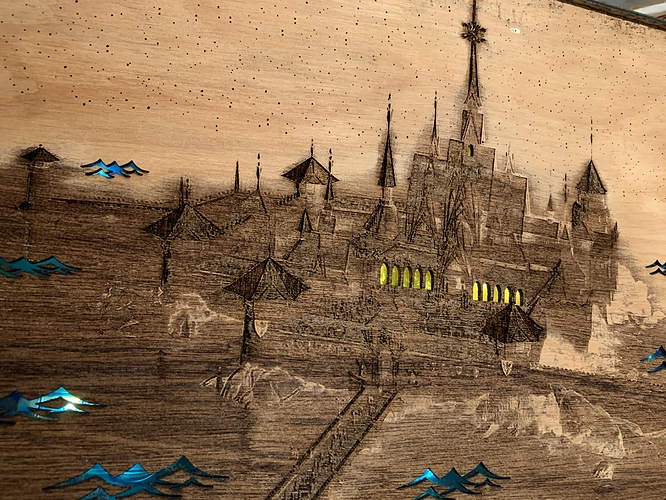 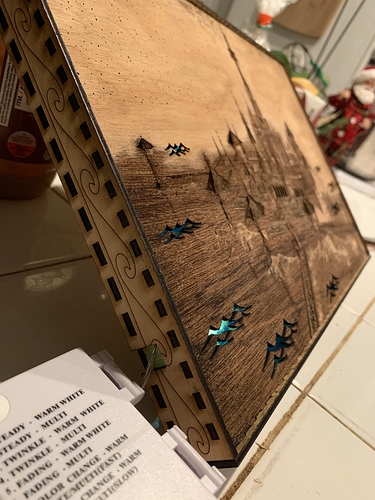 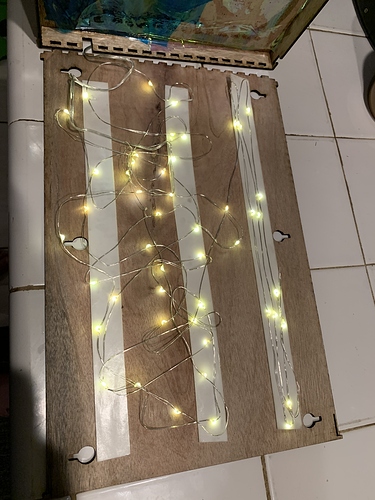 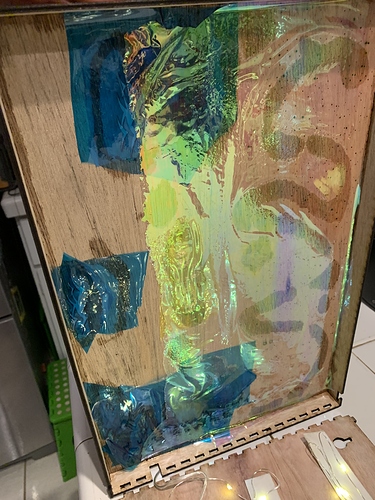 The 3D engrave took under 4 hrs, (after trying to do it 2 other times, which didn’t turn out, the first time the side tinted lens from the head unscrewed itself and fell into the side track, a few scratches on it, but it looks ok. )

The stars are pretty awesome, the pictures don’t do it justice.

This is for a hospital door contest.

the side tinted lens from the head unscrewed itself and fell into the side track, a few scratches on it, but it looks ok

You should probably check in with Support about that – I’m not totally sure, but I’d be concerned that it could be harmful to your machine to run it with a scratched lens.

It looks amazing and magical!

the side tinted lens from the head unscrewed itself and fell into the side track, a few scratches on it, but it looks ok.

I had a bit of dirt you could barely see on it and it had a huge effect on the power to cut the material. A scratch off to the side might not have so dramatic an effect, but wandering laser power inside the head would be a concern. I would at least post a photo of it.

One of the best use of fairy lights ever! This is an awesome project.

Wonderful! And hospitals need this… At first I thought you did inlays but love the use of film. Great Job!

Is this in Germany?

Lovely engrave, and the lighting effects are so cool!

@geek2nurse and @rbtdanforth I will post a photo to support, thank you for the suggestion. after this past weekend both the laser and I need rest.

It is a Disney Frozen made up village. The theme of the door is Frozen, so I thought it should have a light feature.

" "Arendelle” is a fictional place, but even the name appears to be an homage to Norway. The city of Arendal is a port on Norway’s southern coast. (Hans’s status as a prince of the “Southern Isles” could be another tip of the hat to Arendal.) The look and feel of Arendelle, however, is based on the city of Bergen in Norway’s western fjordlands. Disney has actually set up tour guides to Norway in connection with Frozen . The website says Bergen’s wharf, a UNESCO Heritage Site known as Bryggen, “is the specific inspiration for the setting of Arendelle.” "