It’s almost midnight. Last one for tonight. My son sketched his name, we scanned as a jpeg and did live trace. Settings were speed 400, full power. It kind of etched into the brick, but why is it black? Looks like marker. 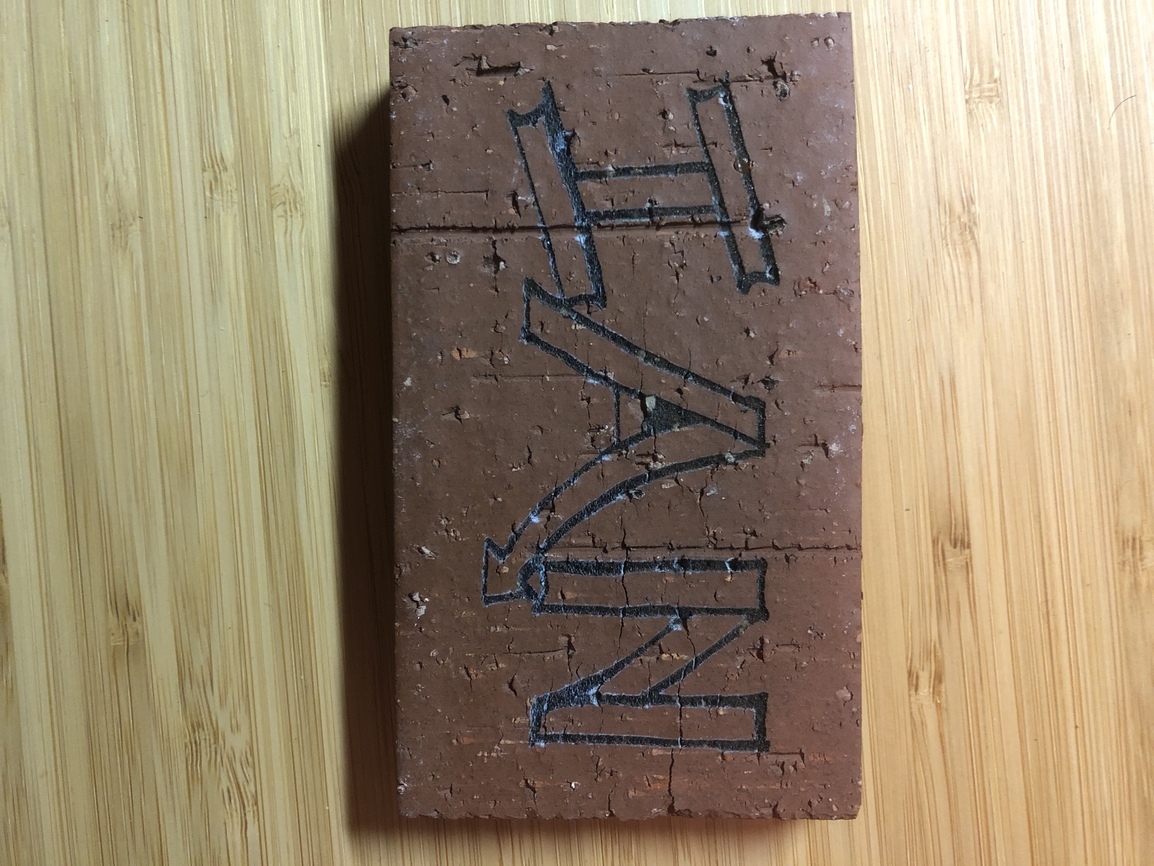 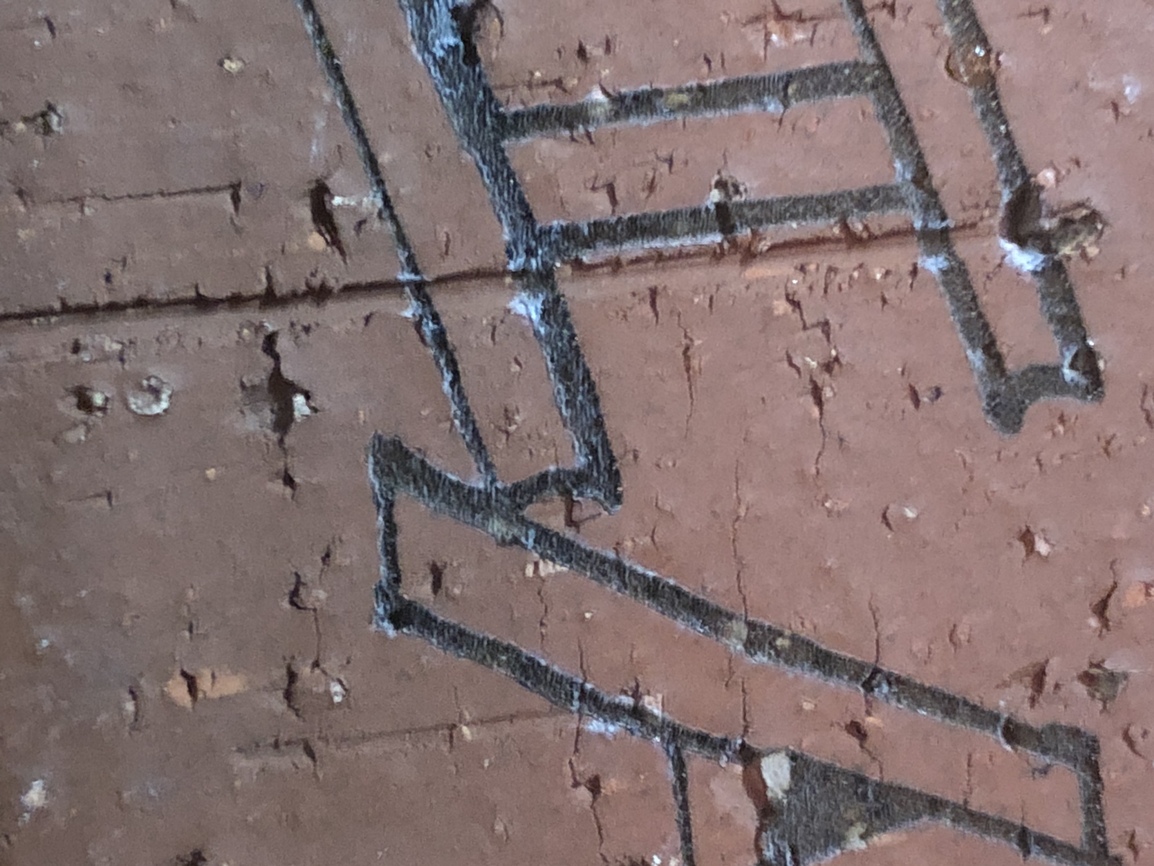 Now I need to figure out how to get my uploaded images right side up. A task for another day…

Looks great! Now you need to build an addition and use that as the cornerstone.

but why is it black?

The red in the brick is Iron III oxide What the Glowforge left likely is Iron II oxide in the clay from the heat. Probably more than surface deep. It will probably stay that way but is not burned carbon which is the similar color.

Hmm, I like the coaster idea. Thanks for the chemistry explanation. That chunk, I pried off of a brick sample board, something I have too many of in the office. Coaster size would be bigger size samples that aren’t as readily available, but definitely something to ponder.

These days thin coating on walls to make you think they are the skim all the way though are quite the rage. Some reveal their true nature with the slightest chip but many tiles and facing are actually brick and that would be what I would be . looking for.

Alternatively such high iron clay’s can even be discovered in local riverbeds or a hobby clay store and will fire to very low temps (800F even) just stacked in the center of a camping bonfire might do the trick as was originally done would work perhaps with some breaking.
It would be interesting to combine million year old tech with the latest.

Even more interesting is a project I suggested earlier that in its simplest form would be a low fired red clay just dried to a thin sheet and gone over slow and hot with the Glowforge in an interesting design. that part of the clay which reached over the ~ 800-degree mark would change the chemistry and not dissolve in water in a thousand years, while the rest would dissolve very quickly leaving the rest to bury near “Ancient Alien Sites” and confirm their wildest imaginations.

Diabolical. And a very interesting mind.