My brother-in-law is in town and the whole family is giving him a hard time about the mustache and goatee he’s grown recently. The phrase “shave that sh*t” has been the joke that’s taken off after his 75 year old Mom said it to him at dinner a few nights ago.

Last night was our turn to host dinner so we made a special surprise for him. 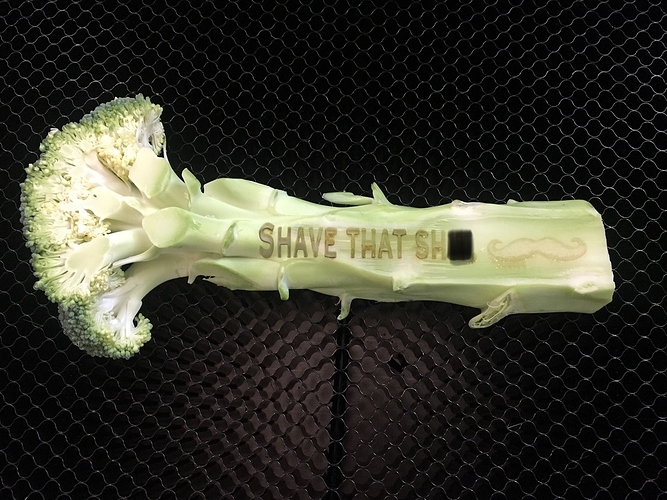 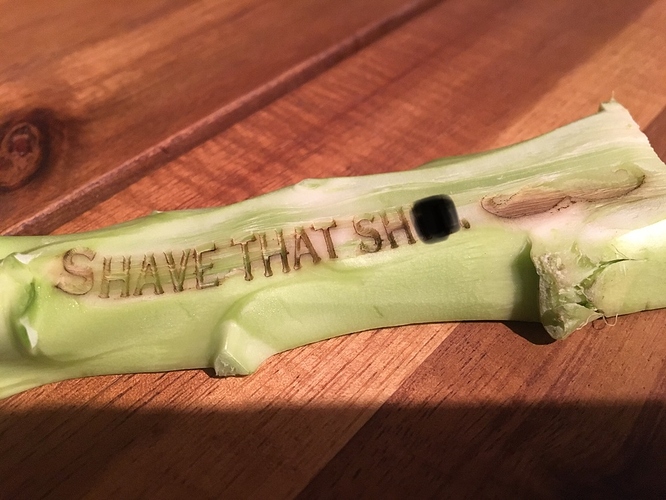 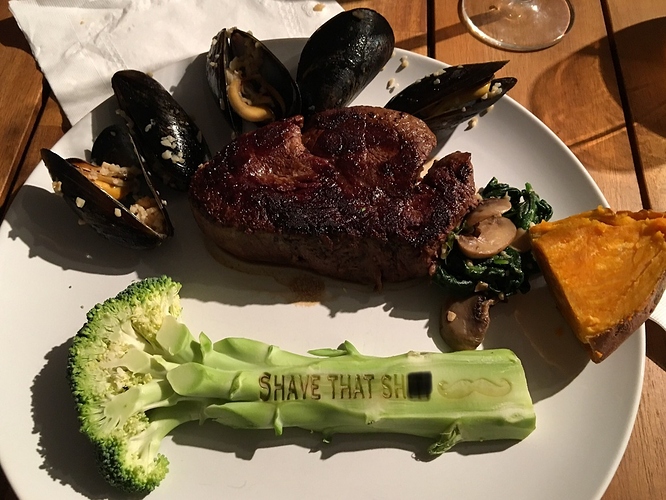 Used full power and 1000 speed after a test run at lower settings on another stalk. This stalk was about 0.62” thick. The pictures don’t show it as well as I’d like but it was a pretty crisp/deep engrave.

The family LOVED it!

You probably should use the blur feature in Discourse. That is what most people do for this type of thing.

I just blurred them. Thank you!

So that works obviously. For something of this strength I was thinking about blurring the whole photo using: 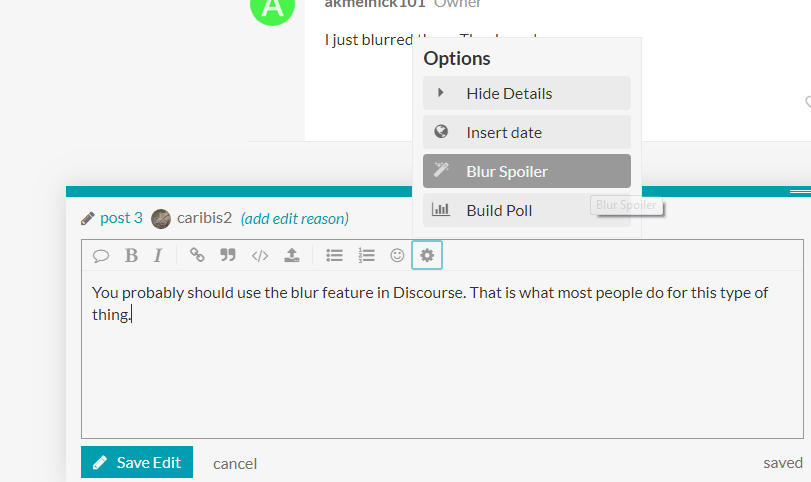 Although, on second thought your plan may be better because there is a lot of photo and you really want to see the broccoli. And what is being served with the mussels?

For stronger things, a permanent censoring is correct.

I had no idea that was even possible. Very good to know! I don’t usually use strong language online to begin with so I hope to never need it.

That’s hilarious. Who would ever expect to see a message appear on a spear of broccoli??? I love it, and am storing the idea away for future funa and games.

A project after my own heart there… I basically bought my GF so I could have fun with friends, family, and co-workers.

Sometimes I use it for useful stuff too.

Very cool joke! Feel kinda sorry for the guy but hopefully he has a good sense of humor.

He loved it! And he wants everything engraved now!