Yeah, I’ve cleaned everything and tried everything I can think of. Only things left to check is if its a software issue or a motor issue and I’d rather roll out software before I start taking things apart.

UPDATE: I am fairly certain it is a software issue at this point. I took a shot in the dark yesterday and put 1/2" plywood under the machine incase it wasn’t laying flat and was twisting a little bit. I ran a print, and had no issues engraving and cutting. Went to run a second print and this time while engraving, the laser head shifted to the left about 4" in the middle of the print and continued engraving as if it was still in the original print location. When I canceled the print and the laser head went to home itself, it still thought it was in the original position and when it hit the left side it tried to keep moving left until it was “HOME”.

I’m sorry that you’ve run into persistent trouble while printing. I extracted the logs from your unit, and we’ve made a small change on our end. Will you please let us know if your’e now able to consistently print as expected?

I just tried to run a print and not only is the problem still occurring, but it seems worse than before.

Here is an example of the file I am attempting to print and when the machine did before I canceled the print. Print time is Saturday, August 8, 2020 approximately 1150 HST.(Hawaii) 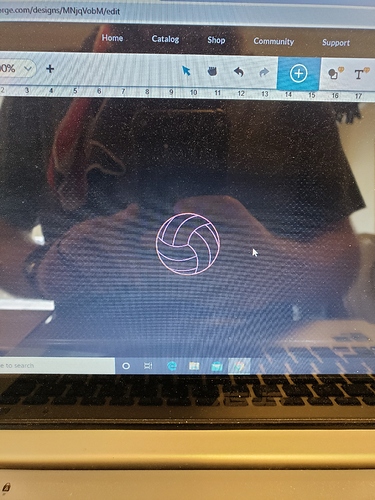 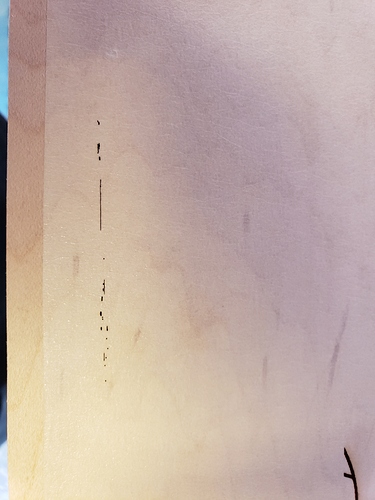 Is that a vector file or raster? (If it’s not rasterized, you can try doing that and then engraving it. It might be the file.)

All I know is it is a SVG file created through Adobe Illustrator which is what I use for all my projects. Also the issue occurs on other files as well that have had no issues engraving and cutting perfectly in the past.

If you want to zip the file and load it here I can take a look at it. If it’s vector, that can cause problems if it has open paths. (Which can happen on other vector files as well.)

I do not believe it is a file issue. I just attempted to make the “Gift of good measure” and when the glowforge attempted to move over the material, the laser head seemed to get stuck and began to “bounce” left to right and then could not return to the “Home” position once cancelled. I know it is not an issue with cleaning as i have thoroughly cleaned and inspected everything and the were no issues there. I also am fairly confident it is not a motor issue as the issue does not occur everytime right away, but randomly frequent(if that makes sense) I believe it is a firmware issue.

Another update since I still have not received a response from Glowforge. Turned on the Glowforge today after re checking everything for the 4th or 5th time (I’ve lost count at this point) and it homed with no issue. Ran a test print of the word “HELLO” and it ran with out an issue. And took approximately 3 minutes. When finished the laser head returned back to the original “HOME” position. Decided to try one of the files I have been having issues with and when preparing the print there were no issues.( laser head moved to location I wanted it to engrave, and returned to the “Home” position.) I began the print and everything started out fine, until approximately 3 minutes into the print when it began to jump and skip around again. I canceled the print but this time rather than going back to the “HOME” position, the laser head attempted to go to the right further than the rail. I have attached picture of all 3 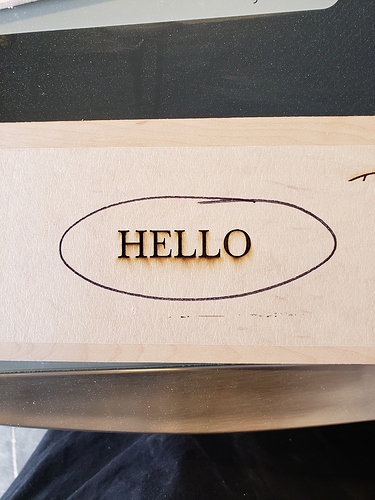 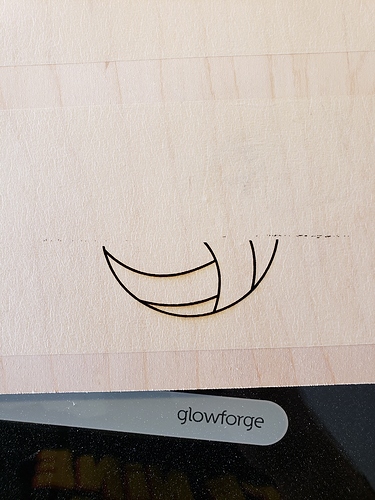 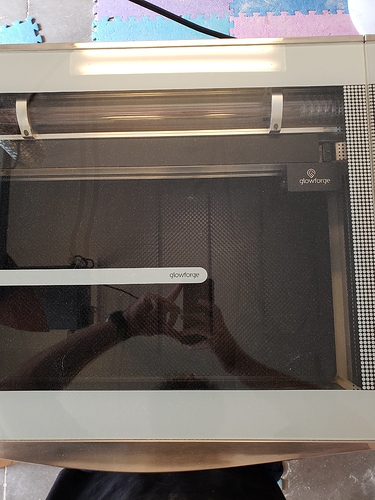 I’m so sorry for the delay in response, but I appreciate you working through all of these additional troubleshooting steps, and for sending over the results of your most recent print attempts.

Unfortunately, it looks like your unit is experiencing an issue that we can’t resolve remotely. I want you to have a reliable unit, so I’m recommending we replace this one. I’ve reached out via email to sort out the details. I’m so sorry about the bad news.