But can you laser it? 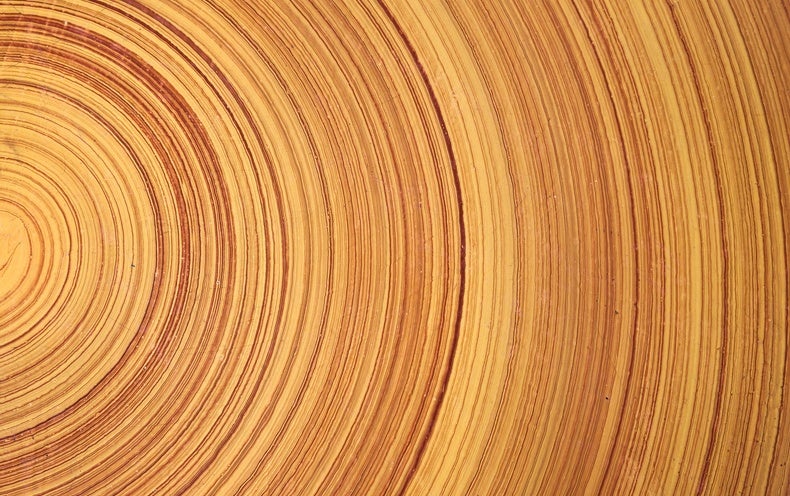 Probably would need to form it during the compression phase. Sounds like nothing is gonna touch it after that (except MAYBE a hot laser heh heh).

Reminds me of some iron wood hedge I got from a hedge row in Kansas. We were cutting it back off the road edge for a friend and it was a frustrating job. It was like a 6 inch thick dense soggy sponge and kept clogging up the cutting equipment.

I was taking some for the fireplace, because was told it burned forever once it took a flame, but to be sure to size it before it dried out.
Boy were they right. It dried into a hard yellowish wood. When the bark fell off it was dry enough to be burn, but you could not touch it with a bow saw. Was like trying to cut a coke bottle. Chain saw sort of chipped at it.

Would have made great planks but that hedge had no straight sections longer than a foot. Was a winding mess. And yes, it burned all night long once you got it hot enough to start.

This stuff in link looks like a man made version, only better since can be formed (and has long flat sections lol).

I’d throw it in the forge to see what the results were.

You got it. If it is laser safe, I love it…or at least love to try it.

Thanks for providing the link to that article! Interesting process! Decades ago I started some research on the Tree of Heaven as a pulping species because it grows fast and anywhere. I couldn’t get sodium hydroxide to dissolve all the lignin and allow the wood cellulose to pulp so I could measure the characteristics of the fibers. Maybe it would be a good candidate for this process because the wood would maintain its structure. Guess I need to add another project to my to do list!

Not familiar with this species. Does it have other names?

Scientific name is Ailanthus altissima. For some reason that name just rolls off my tongue and is very easy to remember. I suspect you have seen them growing out of the concrete in alley ways. Here is the wikipedia link for more information 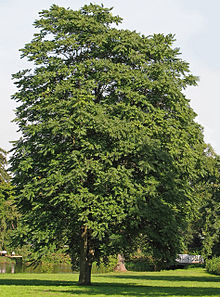 Ailanthus altissima /eɪˈlænθəs ælˈtɪsɪmə/, commonly known as tree of heaven, ailanthus, or in Chinese as chouchun (Chinese: 臭椿; pinyin: chòuchūn; literally: "foul smelling tree"), is a deciduous tree in the family Simaroubaceae. It is native to both northeast and central China, as well as Taiwan. Unlike other members of the genus Ailanthus, it is found in temperate climates rather than the tropics. The tree grows rapidly and is capable of reaching heights of 15 metres (49 ft) in 25 years. Whil

Thanks for the link, but having read most of the wiki, I think I’m glad I’ve not come across it !

It looks a lot like sumac so you may have seen it but not realized that it was Tree of Heaven. Rarely do you see it as a full tree. It is ubiquitous so I suspect you have encountered it.

I found it growing in the desert lands of eastern Washington a few years ago, doing very well!

I was always amazed how it could survive and grow thru concrete cracks in back alley ways.

Sorry, I should have added 'not seen it in UK (my current location) even though it is here, even in East Anglia, my home turf at the moment.
Not yet travelled enough in USA to be aware of tall trees !
More aware of kudzoo (sp?) over everything in North MS.

Kudzoo is amazing, it grows so fast it looks like it is moving thru the tops of trees in the forest canopy!

Perhaps they could knock it back with extract of tree of heaven. Nothing else seems to work !

I’ve read if you have enough goats you can keep it under control. There is a guy a few states north of MS who uses goats to eat buckthorn (another invasive species, but with thorns) and then pigs to take out the roots. I guess the question is, “do pigs like kudzoo roots?”