I would not want it any other way for me personally. It is good for me to walk over to the machine, make sure everything is in order and hitting the start button after I checked it. Then watch to make sure everything is starting out well. Even then I don’t the leave room when the machine is cutting. If something would go wrong I have it in a safe place, but why wouldn’t stop a disaster before it happens?

as others have said, it’s a safety issue. i doubt glowforge will ever enable remote starting, it’s a liability issue for them. i’m sure there will be people who find ways to work around it, but it will never be official.

Though my house is very small, my GF is still 3 rooms away, so I have decided that traveling back and forth to ‘push the button’ is at least a very mild form of extra exercise…which I most certainly can use. We owned a Segway for a relatively short time and one of our favorite spoof ads we saw was “Segway…because your ass just isn’t big enough”.

I like to make stuff made a video tutorial on automating this:

Why not put the computer in the room with the GF, so you can verify the set up is good while you’re at the machine (and tweak any material placement and hold downs), and then you can “walk away” after it starts running?

Though as noted, the SAFETY issue of not being at least in the same room are high, and as manufacturer cannot provide a means to operate the machine remotely without a lot of legal risk (e.g. get their pants sued off by someone whose material does start to burn & wasn’t there to see it & hit CANCEL to stop the machine and use a fire extinguisher before the fire consumed their unit/room/house). So remote start will never be an option from them. Though I love the remote finger device (and his whole shop!), still can’t overcome the safety risk, and prefer the little extra bit of exercise physically having to move to press the button gives me.

Wait a minute–why didn’t he USE his GF to create a finger and the holder/base for the switch?? Loved his idea & process, but of course the safety factor, should be present when your laser is running.

Why do we have to press the button to print? Everything Else

There is a story of a young man who had just inherited a farm and a Wizard shows up and hands him a bag of magic sand. “If you place one grain of this sand in every part of this farm every day then you will prosper.” So the young man did as he was told and on the way noticed many things that needed attention and fixed them. As a very old man he ran out of sand and so looked into the bag and found a note that explained that it was his being in each of those places that was magical and not actua…

I get the liability aspect we are just mainly running simple engravings and rarely have been cutting things. When we are cutting I do stay close to keep an eye on things. But when we’re running an hour long engraving I go back into the living room to work on graphics for the next project.

Se La Vie, I guess we are getting some exercise going back and forth 40-50 times a night hahaha

Clearly it’s not realistic to closely observe a 3 hour engrave task, but I can’t tell you the number of times I thought I was “all set” to start and something wasn’t quite set right. For instance I always watch the first few lines of engrave to make sure the material is exactly responding the way I expect. For some reason an engrave last night which is the gazillionth run of the same job with the same settings, same material started charring the hell out of the piece, so canceled and raised the speed (manual engrave, non-proofgrade piece).

The one big laser cutter fire I was involved in, ironically we were right next to the machine but after a while we all zoned out, and an entire square foot of 6mm acrylic burned before we realized. 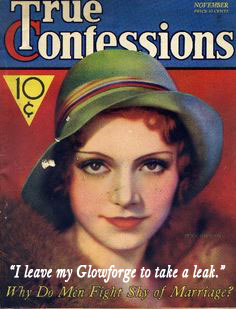 I mean I could sit in my basement for 3 hours, so it’s A) a walk across the house and down the stairs and down a hallway, and B) nobody else in the family is down there.

I’m pretty much the same. I have my small studio set up so that I don’t mind spending some time in there at all. I have heat, AC, a TV, my iPad…my pantry of food and the liquor cabinet. I’m sure not everyone is so lucky, but it sure makes my ‘watch’ time much more tolerable. And like you, if I need to step away, my husband doesn’t mind watching it for me.

My Glowforge is midway in the house with nothing near by but the path to the kitchen. I do look in on it frequently but I also keep a sharp ear out for expected and unexpected noises.

As the head fan clogs up you can see the extra charring as the smoke catches fire more and longer but at the worst so far is charring like charcoal as the head fan fans and heats the same place for a long narrow engrave but goes out quickly when the blast of heated air ceases.

I would not say you are alone here, but there are several disastrous examples of what can happen if you are not observing the machine while it’s operating, so don’t expect that requirement to ever change.

Yeah we mainly run 3-15mins engravings and when we do run longer 30-60mins pieces we make sure to check on it every 10mins or so. Just been running a ton of stuff lately and running back and forth.

Has anyone experienced any problems with the workspace being too cold in the winter time? The back studio is off the garage and not heated as well as the rest of the house. Thanks!

The company has adjusted the operating temperature on the Pro at least once in the last 8 months. So can’t be sure. But my Pro, had an amber light at about 50 degrees last winter. The units were not giving descriptive error messages at the time. Can’t be sure that it was temperature related because I increased the room temp to the high 50s after that. Never had another failure to operate.

Since it’s in the EE category anyway, I wish you a happy day of the cake.