Found a great design for laser cut calipers on Thingiverse. 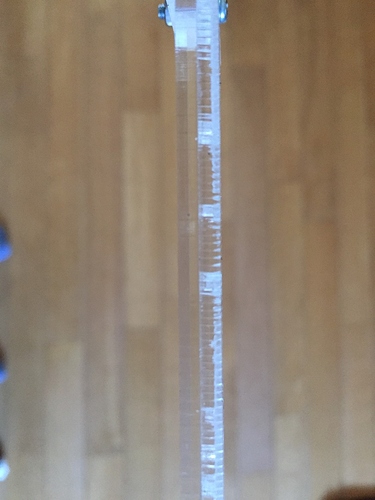 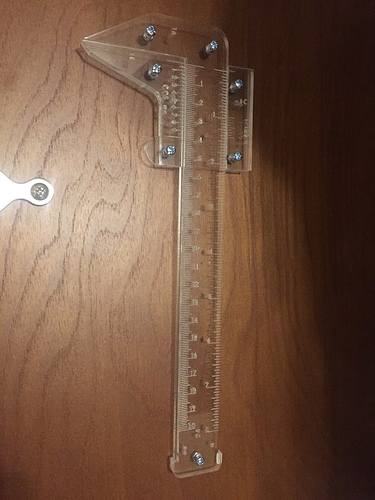 In order to get it to come out right I had to convert the hash marks and numbering from engrave to score. An interesting artifact is shown in the pictures: the depth of the score appeared to vary with the curviness. In the photo, you can see from the side the depth of cut for 8, 9, 10, 11, and 12. Eight and 10 go all the way through, dropping the centers out, while 11 barely marks. This was with proof-grade acrylic, so I would have imagined a score wouldn’t have cut completely through the plastic. I’m guessing there’s an internal algorithm that slows the speed for tight curves, resulting in the deeper cuts. One would think that if it needed to do that it would adjust the power down accordingly, but looks like the software hasn’t gotten that advanced yet.

The calipers are great, though. This Glowforge is destined for a local high school, and I’m thinking a great first step in a maker class would be to cut each student their personalized calipers. (1) Cheaper than regular calipers would be, (2) personalization should get students excited to use them (3) personalization makes them less likely to lose them. Should only cost a dollar or so each in materials, I’d think.

Cool! I like the idea of letting the students make their own!