Can it engrave quartz crystal?

Search didn’t find anything on this. Can the laser do anything to quartz crystal?
I have a lot of hippie friends who love them and want to know

This site appears to show a 10w laser engraving on quartz, so our 40-45w Glowforges should be able to handle it.

As a hippie myself, this is relevant to my interests! I don’t see why not, Glowforge can engrave on glass and many stones so quartz doesn’t seem too far-fetched! I’ll give it a shot soon

Very cool!
The “quartz” being marked on in that video is actually fused silica glass (which is marketed as quartz glass).
That said I think a natural quartz crystal would behave similarly.
The only thing I might be worried about is the transparent/reflective crystal confusing the camera system in the glowforge.
But if it does you could probably cover it with sharpie or something first.

Will it be possible to get it to (for example) focus at 0.75" when the surface is 0.5" from the laser head, to etch a design INSIDE the glass/quartz (or other transparent materials), rather than on the surface?

Ooh, that’s a really cool idea! I’ve seen statues done like that before, where something is laser-etched inside a block of glass or acrylic. That would be most righteous.

While this sounds amazing, I have my doubts (don’t let that stop you from experimenting).
In order to affect a visual change you need to either remove or modify the material at the point of focus.
With a piece of solid glass or quartz the visual line on the surface is the result of blasting away a tiny amount of material, and you can see that clearly since the change makes the line translucent while the rest is transparent.
Inside a crystal there is no where for the material to go, and if you had enough power to force it to go somewhere you would almost undoubtedly shatter the crystal!

Plastic is a different beast, and it might work there since the material melts (and even vaporizes) at a much lower temperature, and being plastic it can survive the induced stress.

Are you thinking about something like this? I’m talking to a few people here and the answer seems to be a definite maybe! I’ll get back to you once we do more research.

Interesting, I stand correct on the shattering bit.

at least as far as regular glass is concerned…
I found a few youtube videos of other companies that offer lasers to do this, and they don’t appear to be using CO2 lasers (the green beam color is probably a giveaway). 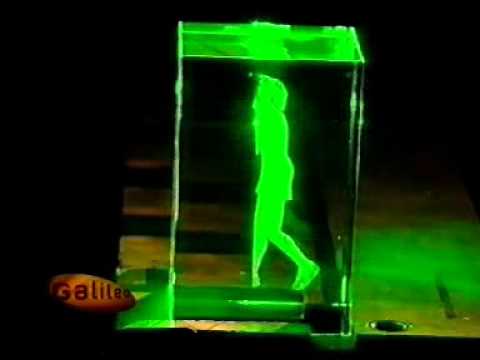 That one says they use a vanadate laser, but there is a wikipedia article that says YAG lasers will work as well. Nd:YAG (neodymium-doped yttrium aluminum garnet; Nd:Y3Al5O12) is a crystal that is used as a lasing medium for solid-state lasers. The dopant, triply ionized neodymium, Nd(III), typically replaces a small fraction (1%) of the yttrium ions in the host crystal structure of the yttrium aluminum garnet (YAG), since the two ions are of similar size. It is the neodymium ion which provides the lasing activity in the crystal, in the same fashion as red chromium ion in ruby lasers. Laser operation of Nd...

How to make the etching in the middle of the acrylic?
Whatever happened with the engraved rock?
Subsurface laser engraving
palmercr October 14, 2015, 7:20pm #10

I don’t think you can engrave inside glass with a CO2 laser because my understanding is glass is complete opaque at the CO2 frequency.

@palmercr thanks for pointing that out, I totally missed the obvious!
Science++

Ah, good job doing more research than me (I’m a bit busy with the whole making Glowforges business)! @Lauren and I were talking about this over lunch and came to the same conclusion.

So if I follow what I’ve read on the internet the Opacity would mean you could engrave the surface, and you may be able to reach some depth depending on the impurities and/or wavelength of the Glowforge laser.

Did you ever try it (etching quartz crystal)? If so, how did it turn out?

Will it be possible to get it to (for example) focus at 0.75" when the surface is 0.5" from the laser head, to etch a design INSIDE the glass/quartz (or other transparent materials), rather than on the surface?

No. The focal point just happens to be where the beam is most coherent. There’s an hourglass shaped spread above and below that point. It is still capable of burning/cutting on both of those sides of the focal point. More on top than below because the power hasn’t been consumed by the material burn. It’s going to burn everything in its path to the focal point (a little thicker than the focal point).

Those cubes and etches where they’re inside the block and not through the upper layers are made from an entirely different process than a CO2 laser can do.

When I first got into lasers doing that kind of subsurface engraving was one of the things I was hoping to do. No such luck.

Well, if quartz is in fact opaque at 10600nm then it won’t burn anything but the surface, since the quartz surface will absorb the laser light rather than allowing it to pass through