Can you get laser to engrave at a negative height, or deeper than the crumb tray surface height?

I was trying to engrave on a ceramic plate. While I can get the engraving portion to work, I have an issue with the lips of the plate itself. It is a small plate with typical flared up sides and is only about 1/16" thick. But the height at the plate at the edge or rim is about 3/4". So when I start the engrave, the head moves toward the plate to start engraving from the farthest side of the plate, but when it tries to reach that side of the plate, the big fan on the bottom backside of the laser housing pushes the plate, hitting the rim of the plate, there by starts the engrave off place.
So my question is this. Can I remove the crumb tray to allow me to build up to the plate, thus dropping the rim of the plate to below the fans clearance, and allowing the housing to start the engraving with out pushing the plate first.
With the thinness of the material, if I drop the plate say 1/4" to allow the rim to be below the fan, then the surface I want to engrave will be below the level of the original crumb tray surface, if this makes sense. So that is why I want to get the laser to reach below the surface of the crumb tray.
Any ideas or can this just not be done with a plate like this?
I’ve attached two pictures of the plate to show the lip of the rim I am referring to.
Thanks 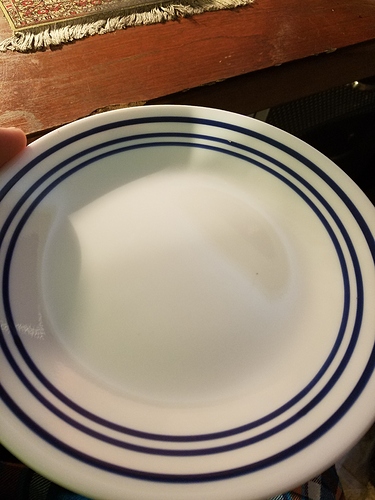 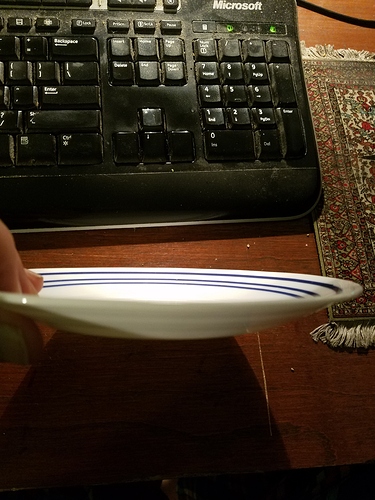 Material can only be “printed” between the height of the bed, to 0.5" above that.

There are many threads here on how to use the machine without the crumb tray that include graphics showing the range of focus.

Okay, thanks for that quick and time saving response. Very much appreciated!!!

You can only focus the laser at an area from the top of the crumb tray to ½ inch higher than that.

But you could theoretically get a defocused engrave by dropping the rim of the plate just enough to clear the air assist, and setting the focal height manually to 0.02" in the Engrave operation itself. (Do not let the Auto-Focus kick in at any point…you would also have to set the height in the Unknown materials slot.)

It would not be particularly crisp, but it might be a cool effect worth experimenting with.

the way to work with something like this is to measure the total height of the object and use a filler under it without the crumb tray that is equal to or less than 1.9" from top of object to bottom of filler.
the minimum is 1.5"to the surface that you would like to etch.