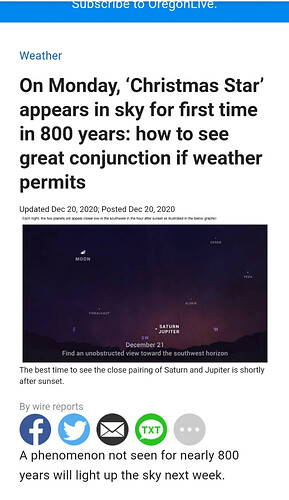 I wonder how many die-hard telescope owners will be shivering at the eye piece? Rick? Dennis?
My 10x50 binoculars will serve for a quick peek.

Rick, just wondering, can you pump some heat into that observatory without affecting the scope acclimation?

I’m just hoping we don’t get cloud cover…it seems to happen every time there’s an interesting celestial event that we have a shot at seeing.

Me too! I get excited as a shower peak approaches and a weather change happens.

The planets have to align just right to see these kind of events.

Looks like Houston will be mostly cloudy. Same with up here.

I can’t tell you how many thousands of miles I’ve driven to either get to (bad) weather, or get out of weather to see things like this. I’d have a location in mind to shoot at, the weather and forecast would deteriorate as the time got closer, and I’d be making plans on the fly, hundreds of miles away.

As you look at a planet in the night sky, a line from the planet you stand on to the one you see describes the Ecliptic, the rotational plane of our solar system. This alignment tonight pronounces that view. All of the planets trace this plane, and their orbits deviate no more than about 7 degrees from it.
The ecliptic is a fossil trace of the protoplanetary disc the solar system formed from. Our understanding of physics gave us an hypothesis of the mechanics involved, but only within the past 5 years did we find observational evidence to support it.
Here is the image of a forming system less than a million years old. It clearly shows the orbital plane of that system. 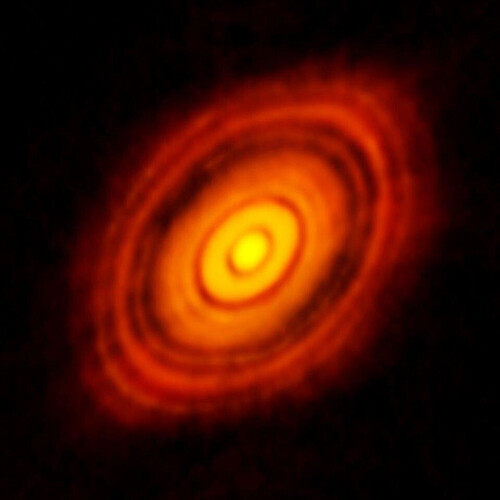 This is another favorite view of the ecliptic. So the light side of the Moon points directly at the Sun, and then look beyond it to Jupiter. See that a line drawn through its 4 large moons also point directly toward the Sun! 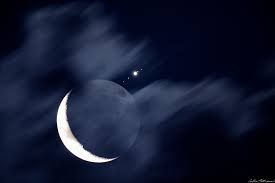 So although a rare alignment like the one tonight only happens periodically, any night with clear dark skies has wonders to behold!

Never one to dwell on details, I went out looking Sunday night. The sky was clear and I saw an airplane and a couple of bright spots that I almost convinced myself was the Christmas star. Later in the evening, I realized that I looked a day early. Yippee, I might see it tonight - except it is cloudy.