I know it is still early, plus since it is in the cloud features can be added and removed after Glowforges ship. I found a project called LaserWeb and was checking out their screenshots. Looks like they have a built-in parameteric box maker and gear maker. I think those would be awesome “modules” to added to the design catalog.

Please add to the hopper!

I added an OpenJSCAD based backend to LaserWeb: This allows me to add “apps” for parametric generators by simply adding a few lines of code and uploading a parametric OpenJSCAD script: …

It seems that the design aspect of a Glowforge job is left to another process, pen and paper/materials, or some drafting program. Trying to put together all the comments about plugins and cloud software. So is the request for software to design boxes and gears, or ready made gears and box designs to download and print? It is my understanding that the software Glowforge is developing is minimal in the design. Thus the importance of CAD/CAM software and vector software like Illustrator and Inkscape, which indeed already contain plugins for tabbed boxes and gears.
Link to Laserweb on github: 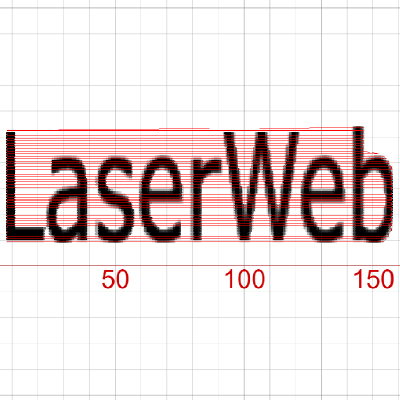 Does the software really need it if you can just grab the file.

Part of the appeal of the Glowforge is easy of use. Probably half the early birds don’t own a laser now. You could say the about the design catalog, etching laptops for example, sure you could design it yourself, but it is there for to make it quick an easy. The software Glowforge is designing can be run off an iPad, wouldn’t it be nice to type in width, height, and depth and make a box?

Like I said I don’t expect it to be in the app on day one. I don’t think I would be making many boxes myself anyway. I just thought it was need idea to have it built in to the software.

Yes, that makes sense. To have some built in design features that are ready to print after doing dimensions. Or at least have an API that folks can hook parametric design like the LaserWeb to and let them rip.