Commission from the Old Country

This post from friki-tiki reminded me that I did this recently. It’s a commission from the daughter of a woman my wife works with. She has a restaurant/pub or something like that in Ireland. In any case, these will be cut and sewn on to aprons. The material is “washable leather,” whatever that is, and there isn’t much soot when doing the engrave. Didn’t smell like regular veg tanned cowhide, and with the suede surface, that was good, as I could not get a mask to stick at all.
Anyway, she washed the material after getting it from me, and it looks much better than it did. I wasn’t super pleased with how it turned out, and had decided not to charge her for it, but now that it’s washed, it looks perty good. 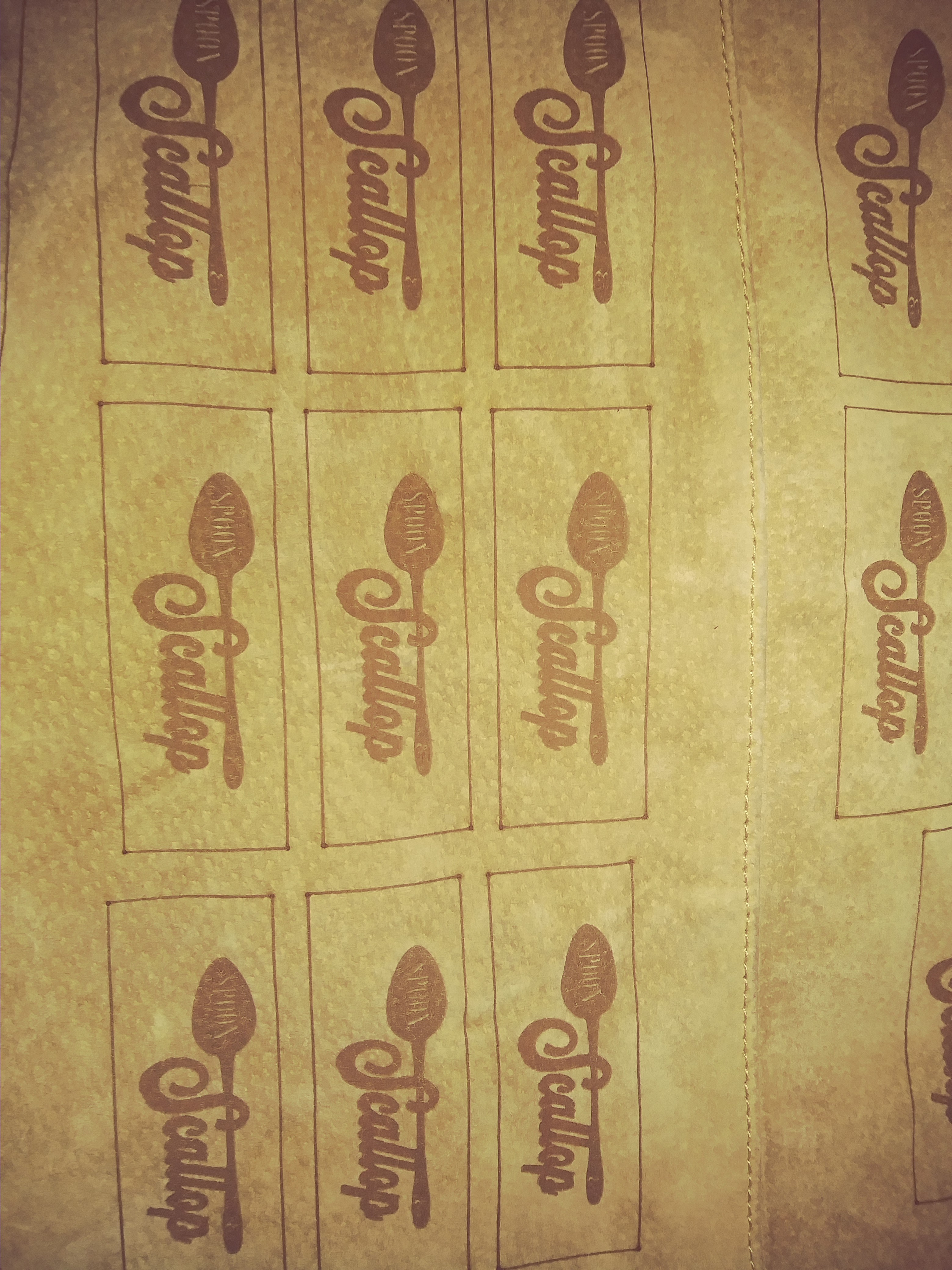 That’s what I thought after seeing it washed. I used a can of air to blow off what I could, prior to that. My very first attempt, I brushed it with my finger, and what little soot there was smeared all over the place. I was very unhappy. The canned air worked better, but I had no idea it would look as good as it does.
Also, if anyone else is using that material, I had to use blue tape to hold the edges down. I started with magnets, but the edges curled when the laser got too close to them, and a couple of my copies went off the edge, because it changed position so much. Tape was a better option.

This generally means that it’s chrome tanned… For your health and safety I would avoid.

To me it kinda sounds like UltraSuede or some variant, which I think is polyurethane based. I’ve cut it in my GF but haven’t tried engraving.

Ooh, I didn’t know that. Oops.

Once I read your comment, I did look into it, and there are other methods of making leather washable, but for the most part, you’re absolutely right. In other words, your statement that it “generally means that it’s chrome tanned” is absolutely accurate. As far as my limited google-fu can tell.

The grain pattern in the photo leads me to think it’s a pigskin split (sueded both sides) it’s commonly used for garments and shoe linings.

I have no idea. It was a scrap, re-purposed for what I was doing to it. One edge did have something on the back, like that stuff they iron into the hems of certain garments. Also, there is the obvious seam in it. It was handed to me, and she said "here’s what we want you to use, and here’s the logo we want you to make. I didn’t even have to do anything to it except convert it to svg.

It came out looking great