Completely non-laser post here, but cool activity for the week. My son is a pilot (and just got accepted into the class of 2023 at UND’s commercial flight program. He is currently a high-school senior and he goes to the same private school that I attended (I’m also a legacy and currently on the board, and our daughter went there as well). In my senior class photo with the best 1985 technology was taken by the photography teacher hanging out an attic window from the 4th floor and with my class arrayed out on the athletic field on the snow. I talked with the school about an idea for a full aerial photo; everyone can get pics taken via drone who has a credit card, but true aerial photography is a bit more unique. The copy sort of writes itself (we will use the photo on the annual campaign- plane flown by current senior and photo taken by his father class of '85). So on a horrendously windy day, my son and I drove out to the airport (wind chill was approximately 20F) 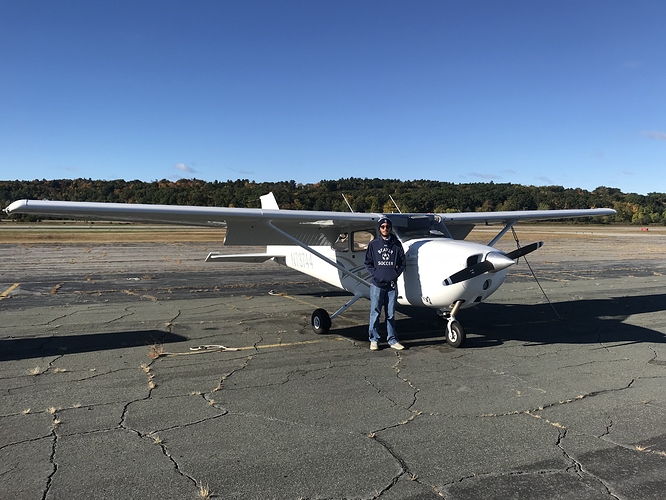 We flew across MA to the school (which is around 0.25mi from the “bravo” airspace of Boston Logan airport, but luckily nobody was flying at that time and ATC was totally cool when we asked to circle over the school for a while. 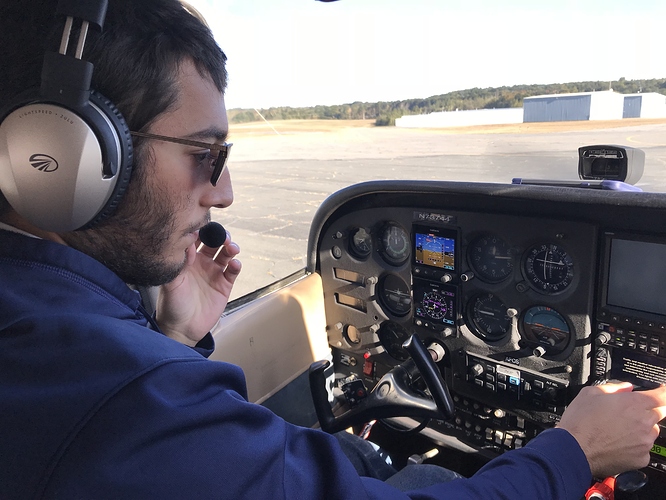 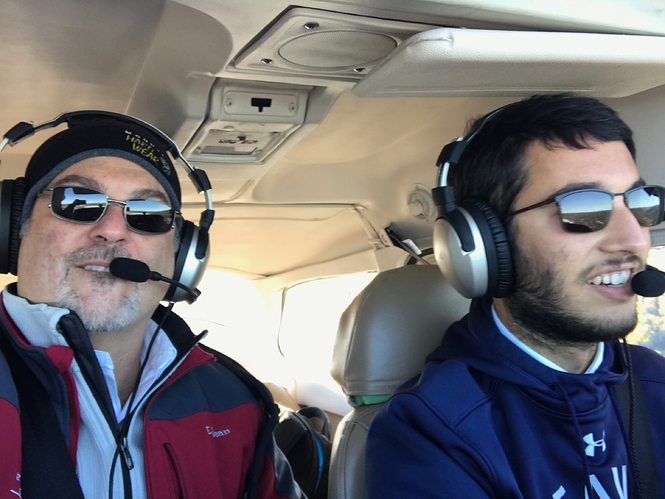 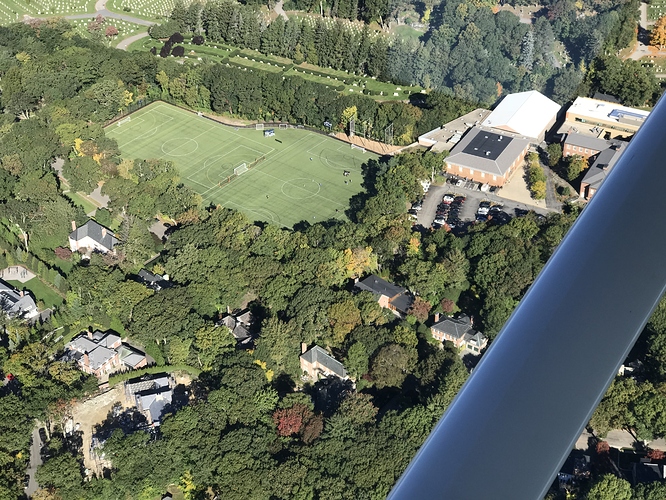 So we circled in the very turbulent conditions with the window open to take the photos (I managed not to puke onto Tom Brady’s house which is across the street). The school photographer got a shot of us from the ground. 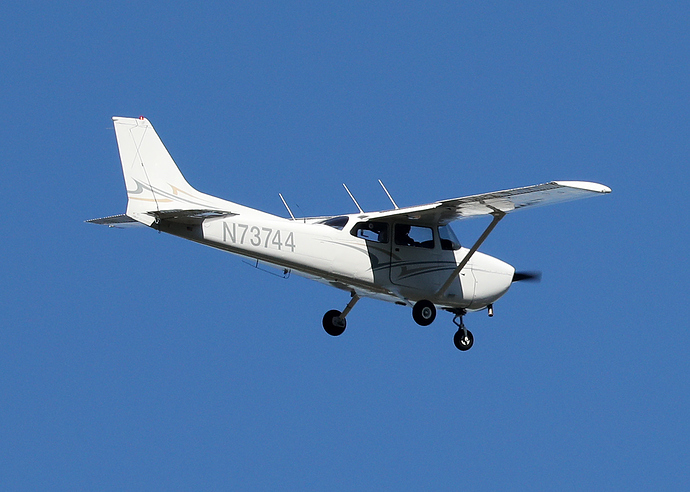 And there were folks on the ground herding the kittens to make everyone make '19. 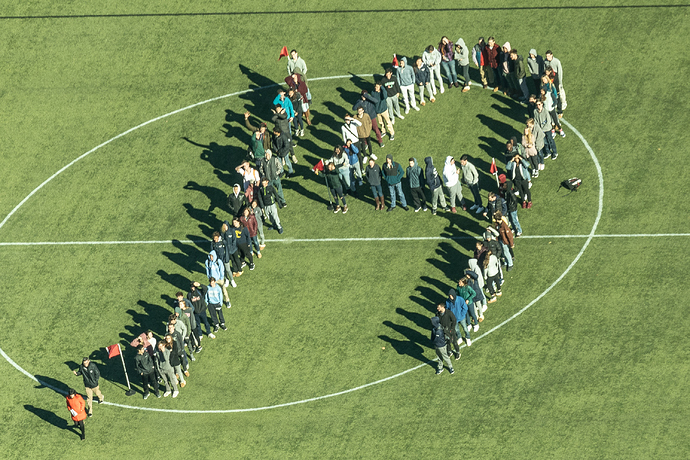 In case folks are wondering, this was shot on a Canon 5Dmk4 with a 70-200 2.8LIS with the doubler (making this a 400mm shot). The biggest challenge was that the image stabilization is in the main lens, and the doubler doesn’t stabilize, which in heavy turbulence at ~100mph [we had a very high differential between ground and airspeed] is a problem! (even getting the selfie of the two of us was a problem in the bumps)

@rodrigobrionesm, I imagine taking photos in your plane would be way more challenging (or even opening the windows) and waaaaay more expensive per hour than a 172!

Great story, and nice pictures. I’ve debated getting that doubler for my 70-200. Based on your picture, I think I’m going to pull the trigger.

I have got to get back up in the air sometime in the near future. I have not had a chance in quite a while.

I’ve debated getting that doubler for my 70-200. Based on your picture, I think I’m going to pull the trigger.

This is the Gen 2 doubler. Just remember that it adds a lot to your f-stop. That reduced my 2.8 to a 5.6… Which on a cloudy day whipping along at 100mph was a problem.

Just remember that it adds a lot to your f-stop.

That’s primarily why I never made the purchase; and I wouldn’t use it if I didn’t have the 2.8L. But, you seem to have gotten nice results.

I fly drones, and small aircraft. Drones are fun, and easier, but aircraft are so much more everything

Considering 1400lbs of plane was dancing around, I don’t think even a predator drone could have flown in that. Certainly any little DJI drone would have been in the next town over pretty quickly!

What a wonderful connection with your son!