UPS texted me saying that “Hiakari” is here. Could it be true or I’ll find a mattress or glass shards? Here’s hoping for a happy discovery! 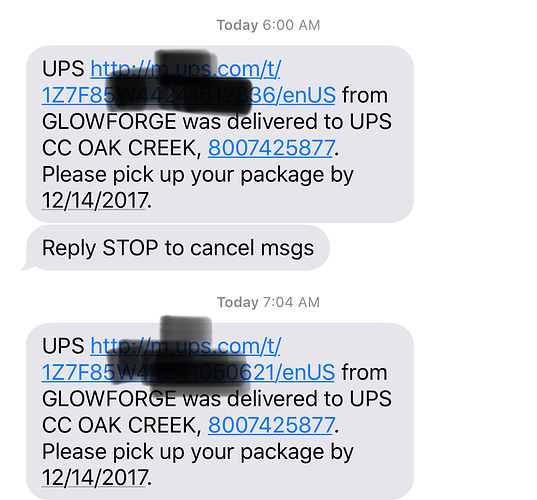 I feel like you’ve written the opening lyrics to … something.

It has finally happened!!! No further surprises. Only a moderately scuffed box, 4 handles (one hanging on for dear life), and a four inch piece of tape flapping in the breeze. Hopefully, Hiakari will be in pristine shape. Definitely glad that I picked it up at the depot. 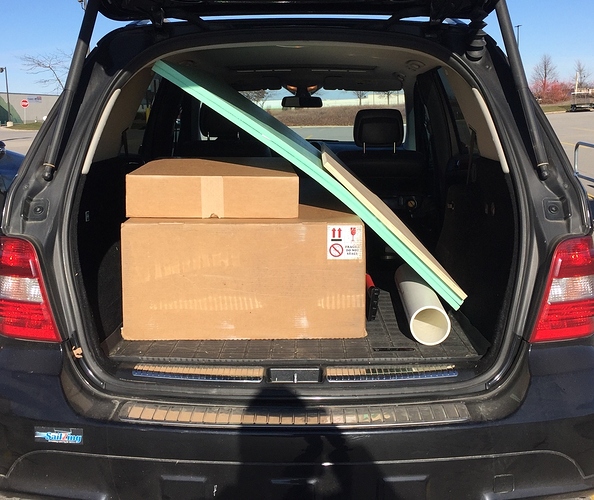 So happy for you that it did not commit harakiri!

yay! glad you have yours now!

A few pix of our new Samurai named Hiakari (“firelight” in Japanese). I think the one handle was only grabbing the outer lid and not both layers. It doesn’t seem broken. 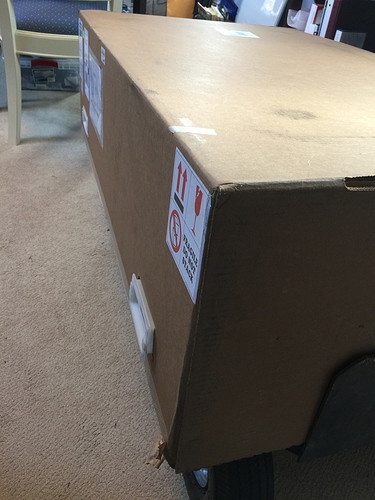 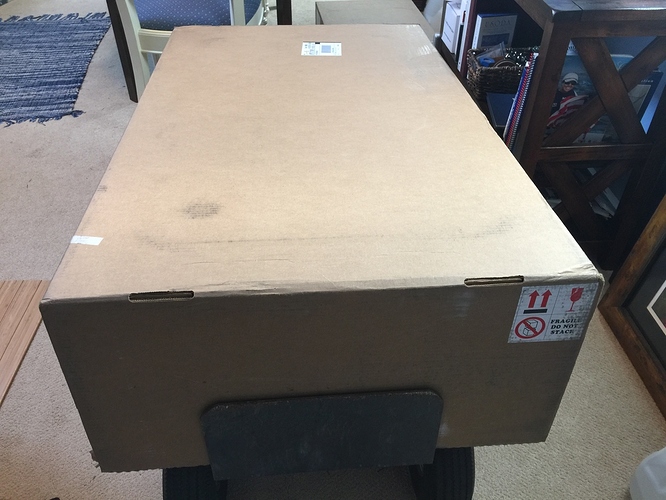 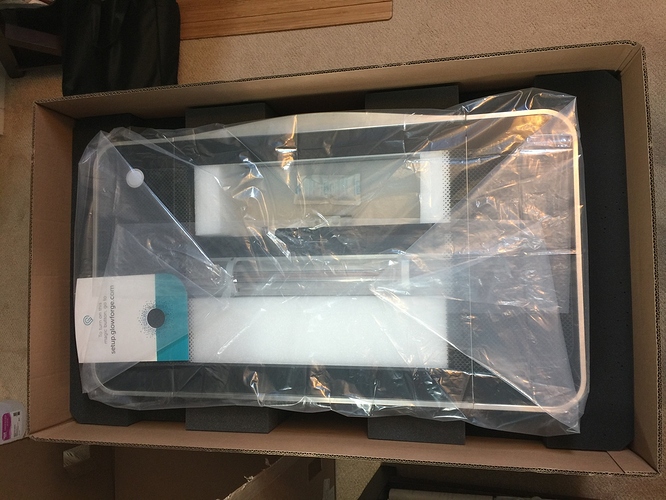 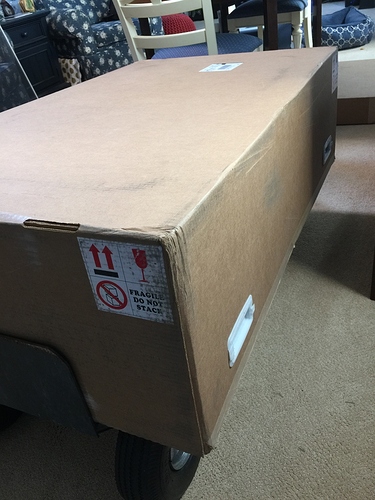 it seems like i spy some window vent building supplies in the back there, too.

hopefully i’m in the same boat by the end of the day. both boxes arrived at the UPS depot yesterday. i got the “it’s ready for pickup” on one box this morning, but not the other. and the one that’s ready is the crumb tray box, of course.

I waited for both alerts. As it was, afternoon getting the Forge, they said that was all they had and I had to get them to look up the other number

so you had both before you went? or you had one and went and made them look up the other?

Yes. Both. Someone else mentioned that they jumped the gun and went before both notifications and had to make two trips. Both boxes arrived at the facility at the same time. They just must have processed separately.

yeah, i’m leery of jumping the gun. my UPS hub is in the middle of a rush hour nightmare area, so i don’t want to get caught in that traffic and then have to do it again.

my boxes both made it there yesterday, but 4 hours apart (they made it to the previous destination about 30 mins away the same time on Tuesday, but must have been split up because of size).

Yep. I’m trying to work out a temp solution. I’d rather cut holes in my walls after it warms back up and I have a little experience with the Glowforge.

i hear you. i have a very temp solution ready. just two sheets of .25" MDF with a plastic blast gate and a dryer vent louver cover on the outside. will tuck some insulation around the edges tonight (if i get my GF today), but plan on at least making those a sandwich board around insulation board once i get things set up, then will use calk around the edges. it’s an attic window not visible from the street, so “ok” looking is fine for now.

If you have them held for pickup does online tracking say they’re available or ready or anything? My glowforge and crumb tray got separated, but theyve both been arrival scanned at the depot now. But one says “delayed” (and has for 2 days) and the other says “in transit.”

And of course you can’t just call - their phone is constantly busy or disconnected. I’m regretting the whole hold for pick up thing…

here’s what my held one says. 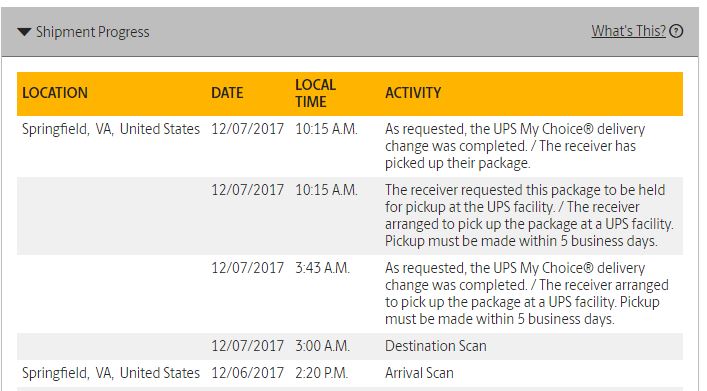 trust me, i’m frustrated too. that’s just the crumb tray. the GF box tracking number looks like this. and i have autorefresh running on that browser tab.

I’m going to assume yours is like mine, and you can’t just call and ask if they can both be picked up.