Disclaimer: Don’t do this, and if you do it, don’t blame me if anything goes wrong or gets damaged.

I hereby wash my hands of this idea.

OK, so I know there are probably 100 reasons this won’t work or is perhaps dangerous, but I wonder what would happen if you took thick wood and preheated it to something closer to ignition temperature prior to lasering?

Yes, air assist/exhaust would cool it. Yes the effect would decrease over time as the heat escaped the piece. Yes the GF doesn’t like heat, so putting something hot in it might cause an overheat message.

Still, I wonder if you could blast through 1/2" material if you gave it a boost like that. Anyone crazy enough to have tried it?

While in theory this would work, the amount of control you’d need and the precision of temperature detection would likely prevent the feasible application of this to a current gen GF.

Now remember, you’d also need to set the focal point down farther than is currently allowed, otherwise you’d be using a Lightsaber as a hole punch.

You can cut through 1/2" thick material by using a jig and flipping it over.

are much more exciting.

You can cut through 1/2" thick material by using a jig and flipping it over.

Yeah, true. So then an inch. Go big or go to what’s left of your burned home.

Upside is that your burned home might have a few remaining pieces of preheated materials to try again.

Seems like plopping a large chunk of preheated material into your

bed might push it over the limits for operating temps, too…

putting something hot in it might cause an overheat message

I would expect this would be a function of duration of the job and thermal mass of the piece you put in. Move fast, use as small a piece as you can, start with a cold GF and it would probably not be a problem is my guess.

Then again I washed my hands of this. I’m not gonna do it.

By the time you buy the furnace and handling equipment to do such preheating, as well as all the safety equipment for yourself and the room, you could probably buy a higher powered laser cutter that can go thru 1/2" or thicker wood.

But I don’t think it would work in theory, anyway. I don’t think the temp difference between the area being cut and that of the laser created in the time of the cut would be significantly different between ambient temp and hot wood to make any difference in cut. (There’s always at least one squared value in such a relationship that makes it a non-linear relationship… Too many years since I had thermodynamics & physics courses to try to get an equation, though).

Besides, to get the inner section of wood that hot, you’d have charred the exterior–wood doesn’t uniformly heat up as compared to metals. It’s not a good conductor of heat. (Do logs in a fire burn up at once? Nope, takes time for fire to work thru to the center of the log…).

So it’s an interesting thought experiment for sure–but agree, leave it in thought only!

By the time you buy the furnace

A 250 degree F oven would probably be just fine. And I already have one of those. Keep the wood in there until it’s heated through.

Maple seems to ignite around 350F, pretty sure you’d be fine. Work quickly, insulate the wood until the last second, and I bet you could be lasing into 200F wood pretty easily. What that will do is really hard to model, but would be pretty easy to empirically test, if someone is particularly daring.

A way to think about it, is you’re trying to compare this to a knife going thru cold butter or room temp butter–way easier to cut room temp butter for sure. But with a hot knife, it really doesn’t matter. I really think the factor is the temp of the point where the laser cuts into the material (very tiny area, by the way) vs. the temp of the material. Don’t think having the wood at 250 vs. room temp will make any significant difference to the laser beam’s cut. The material density is the bigger factor (at a given power for the laser). Thicker, denser, wood, get more power.

I don’t disagree. I did say it was a crazy idea… and there have been experiments that show that temperature differential matters when boiling water, etc, so I hear where you’re coming from there.

I’m just saying that we’re all (educated?) guessing until someone tries it

I suspect that you might see the biggest difference not from the wood temperature when you put it in the GF to cut, but from the potential drying effect.

Here is some interesting reading, if someone is bored (or just wants to learn, or whatever):

Sometimes nothing’s better than empiral research… but if it worked, I think there would be a lot of information on the web about it as commercial shops would be doing it! But even if it did work, I think the inefficiency & risks for the entire process outweighs just buying a more powerful laser…

Even if it helped get thru the material, you’d want to ensure you’re not damaging your tube, cooling system, crumb tray, or rubber belts by having a 250F block of wood within the machine… Doubt the camera is spec’d to handle being within inches of such a heat source. So if ever done on a GF, would likely be a one-time test!

(This has been more entertaining than the Sunday morning Puzzler game!). I did find some good info about testing woods & other materials: 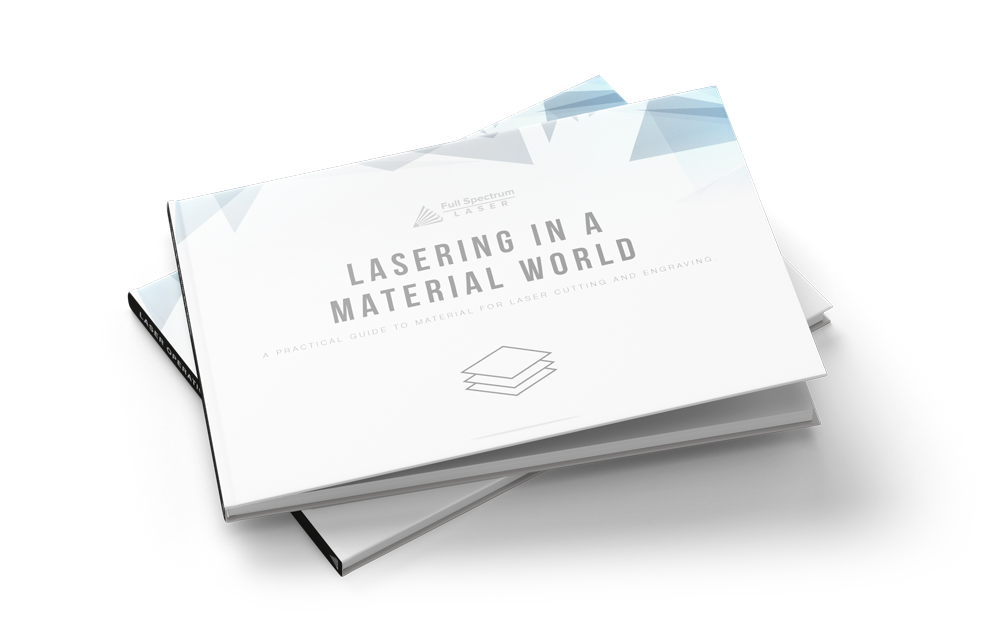 This is part of series of blogs I will be posting on materials suitable for laser cutting and engraving. We start with the most common material, wood.


https://www.troteclaser.com/en-us/knowledge/tips-for-laser-users/wood-material-handling/
(this site by Trotec has lots of good stuff on it!)
1 Like
geek2nurse August 19, 2018, 7:04pm #16

(This has been more entertaining than the Sunday morning Puzzler game!)

Remember, you’re not ‘cutting’ like that knife in butter example (no material is destroyed by the knife, melted into another state maybe.)
The Laser literally burns away material, severing the molecular bond as energy (fire, heat, smoke etc…)

The hinge to the OP’s theory would be by applying heat (energy) to the material beforehand, then the laser would be able to pass its energy (in the form of the laser beam) deeper into the material as the total energy required to separate the molecules (and burn them away) would be less from the laser’s point of view. That’s the theory anyway

but if it worked, I think there would be a lot of information on the web about it as commercial shops would be doing it

This is a compelling argument.

Either that or I’m a genius.

What? Why are you laughing?!

Commercially this may make less sense. They have more time and a bigger laser on their side. The little domestic user though would like a faster cut with their smaller laser.

I think the idea has merit, it’s not to dissimilar (although not exactly the same either) to preheating a printed circuit board before soldering. Which is something that it seems a number of experts suggest for the “home” market.
Of course, whether or not there are any “real” gains to be had, only experimentation would probably tell.

My guess is that heating the object in the oven to a nominal temperature would allow you a faster cutting speed. It may result in a nicer cut too?

Ironically, I think cooling the material might lead to less char and narrower kerf, but again, I’m theorizing…