Cropped vector images in Affinity Design show up uncropped when uploading in apps.glowforge

^^Title. I found an awesome SVG that I wanted to crop down. It was essentially two separate vector images, so i didn’t cut a vector in half or anything. And when i went to laser it, it shows it completely uncropped. Any way around this? It’s super frustrating =\

Sounds like you applied a clipping mask, which won’t be recognized in the UI.

Is it an engrave or a cut, or both? If just an engrave, you can rasterize the clipping mask. If a cut, it will be more complicated since you’ll have to actually split the paths, and possible close them back up.

a clipping mask, which won’t be recognized in the UI.

This is a problem of Affinity Design, not the Glowforge User Interface.

No, it’s a Glowforge problem. They need to update their software to support clip paths at some point.

At this point AD doesn’t have any good tools for doing this sort of thing. (If you them they’ll just say to use a clipping path; for most non-GF purposes that gets the job done.) They have plans to add tools for easily cutting paths on their list of features to add in the future but apparently it hasn’t yet risen high on their priority list.

Well I mean, my project has multiple layers but I only need a few. For making layers not show up in a file for lasering, I simply just have to uncheck it and it won’t be present when I export it.

A lot of people use layers as a way to hide sections - but the GFUI displays them all - that uncheck to export may be program specific. It’s still a complaint you’ll find multiple times in the forum.

I just don’t use them

that uncheck to export may be program specific.

In Inkscape, if you poke an object in the eye on the list of objects it will hide those objects and those objects will not show up in the GFUI. If any part of a design is outside the cutable layers the entire piece will not cut even if it is in a layer that works elsewhere. In an Image the part pure white will not engrave or be a part of the calculation. A cut that is outside of the engravable area but in the cutable area will still work, if either will not work neither will.

When I have an image that covers a large area I make sure that there are no marks outside the cutting area and then use the cropping as a help in Inkscape (for centering and measuring) knowing it will be ignored i n the GFUI; but as all that part is white it will not matter.

If you have the parts as separate then you only have to have part of it outside the cutting area for it to be ignored, 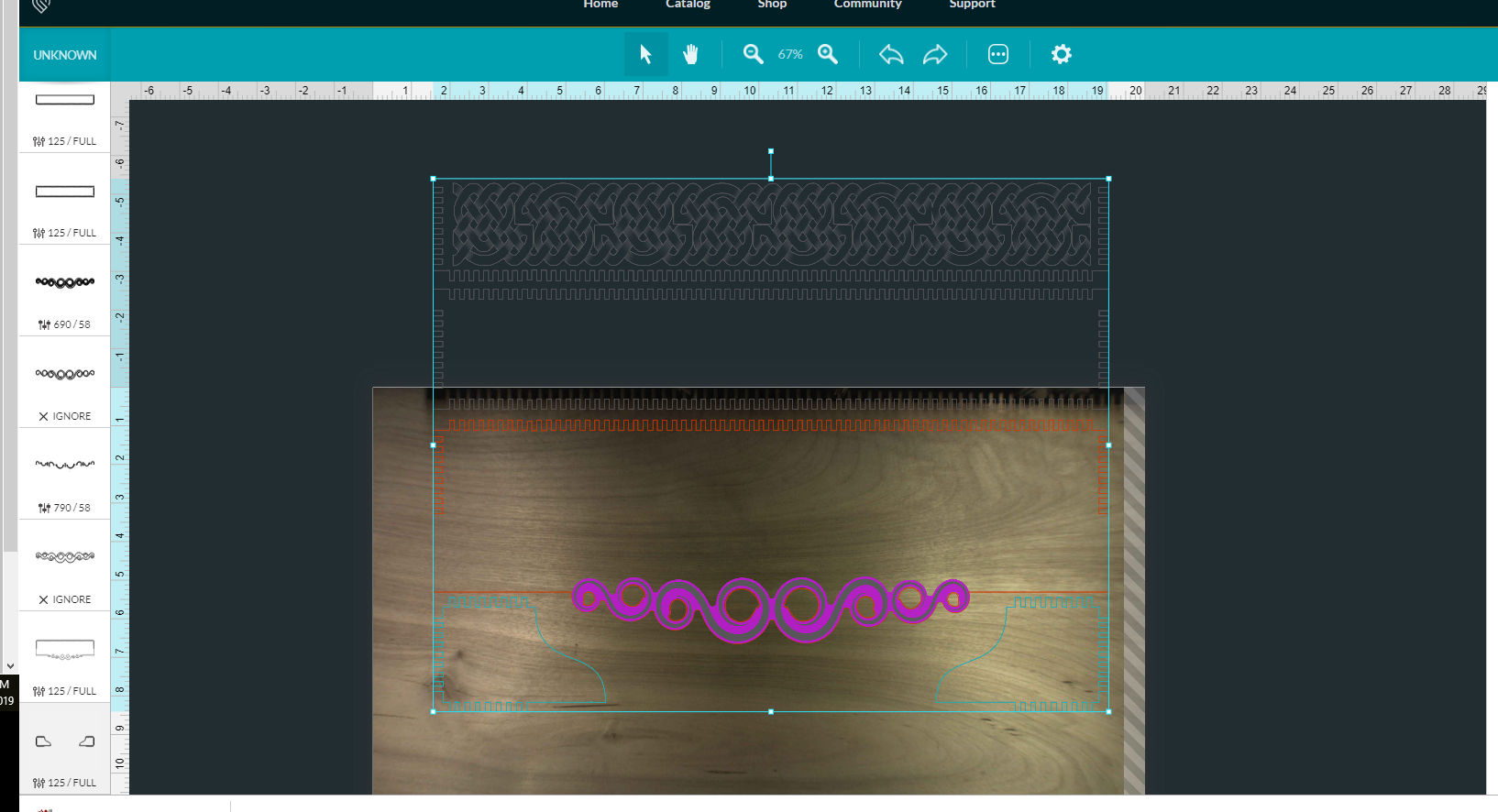 If you’re trying to crop raster images embedded in an SVG file, I just wrote up a tutorial for that: Cutting out rasters in Affinity Designer

Thanks for the tips, everyone. @peterciavarella, can you let us know if you’re still having trouble?