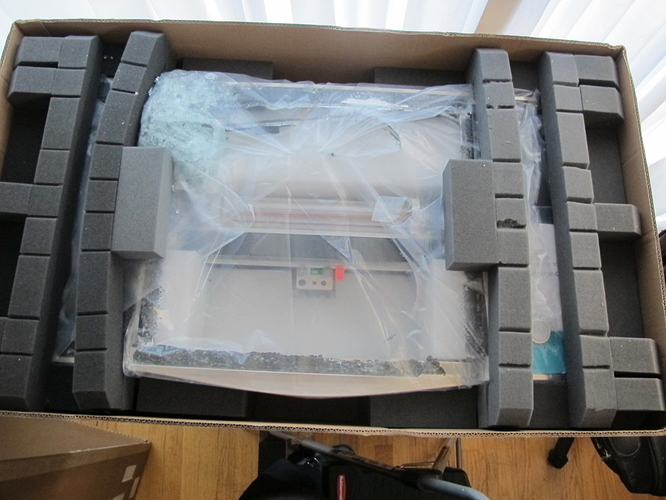 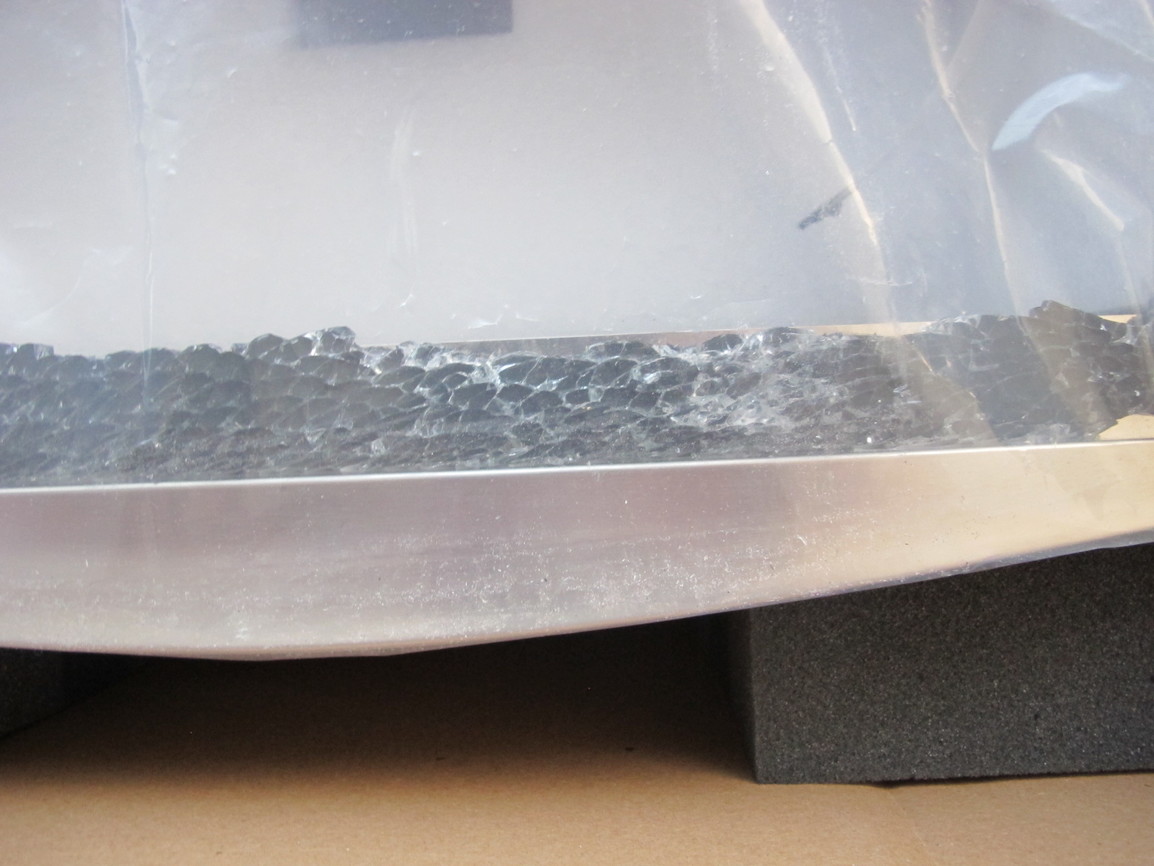 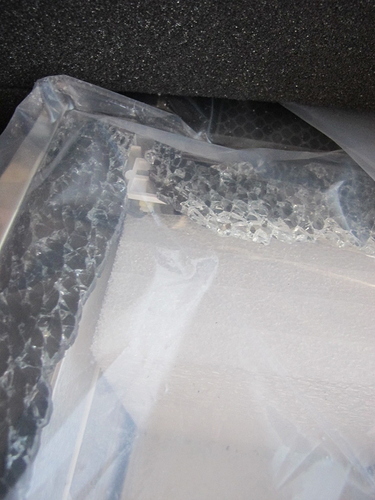 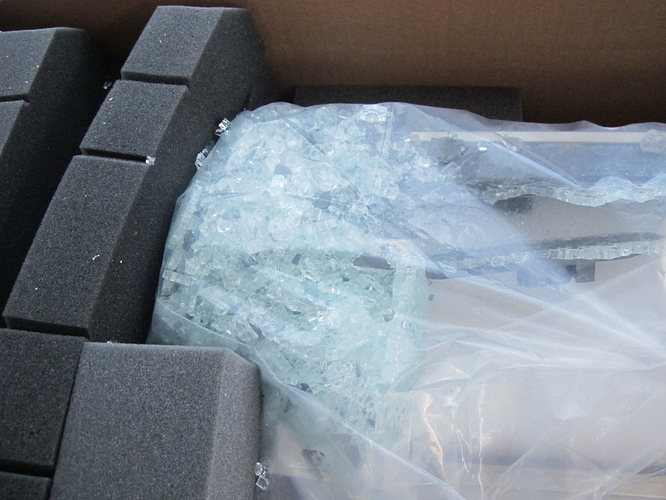 I am so sad to report that my Glowforge was delivered broken last night.

Like everyone I waited for the moment my Glowforge would be delivered. I waited when UPS said it would be here Friday in between 10 and 2, then at 5 I get an email saying it was going to be delayed until Monday. Then on Monday it didn’t show up at the 10-2 time, instead part of it showed up after 7pm. The box and the contents were in perfect condition. Then on Tuesday the Proofgrade was scheduled to show up at 10-2, again it didn’t show up until after 7. Again the box and contents were in perfect condition. I had another notification that the third box would be delivered on Wednesday, again between 10-2. I had people here to help all four days, a great surprise and relief.

Wednesday came, I had such plans, My son’s birthday is Sunday and I wanted to make something for him plus wanted him to see what he could make. I also had plans to make some ornaments for my church’s Christmas party on Saturday. When it didn’t show up at the scheduled time of 10-2, I didn’t worry too much. When it didn’t show up after 7, like to previous two times, I worried a bit. When it showed up after 8, I was excited but a bit tired. They wheeled the box up partway to the door and then the UPS guy did something that should have stopped me in my tracks. But being detracted by family and other stuff, it didn’t register. He started flipping it gently end over end to get it up to the door, as his assistant just looked on. They were asking me what I was going to make with it. They had me sign for it and then I, with help, lifted it to bring it inside. That is when it registered, I heard the sound of glass. The UPS guys were still there, one made a comment that it was just the sound of packing material.

We brought it inside and took pictures of the box. Then we opened it and my heart sunk to my stomach. I have been in between shock and tears for most of last night and even this morning. This is such a hard hit, I can’t believe how devastated I feel.

Such a disappointment! I have heard via the forum that replacement units are sent very quickly. Contact support and get ready for that birthday. You will be forging soon - just not as soon as you had been promised. We all feel bad when a fellow “forger” gets let down by UPS.

Oh, I’m terribly sorry! Glowforge is really good about getting replacements out as quickly as possible. Hang in there.

Ouch, I’m so sorry to hear this! That must have been so disappointing.

For whatever it’s worth, Glowforge has been very quick to issue replacements for broken machines. They will take care of you here.

Wow that’s devastating. UPS is really stepping up the effectiveness of destroying machines. That looks like someone drove over it.

Oh, that sucks. But I am sure GF will take care of you quickly.

I’m so sorry to hear that the shipping company didn’t handle your Glowforge delivery properly. Thank you for providing those pictures.

I see you already emailed us about this and I’ve followed up there, so I’m going to close this topic.