It blows mine as well! I think I need to read this EARLIER in the day while the brain is still functioning. I have been cutting some simple things but now we are starting to design some things we want to control the order in which they are cut…looks like I might need this.

I have CS3 and didn’t see a reference to this edition, would one of the other Adobe versions work? I originally had just Photoshop. I tried to install on this desktop but kept getting a ‘internet connection’ error. Googling showed that Adobe had retired the servers; but they had a link to go to that you put your serial number in and it gives you a new number (and deactivates your old). In doing this, I was able to download CS3 and it gave me the WHOLE SUITE!! So now I have Illustrator (CS3) and everything else that was released back then!!! so going to be learning Illustrator (didn’t have to buy Affinity after all to my surprise).

Thank you for any assistance on setting this up in CS3 Illustrator (or pointing me to location with info).

I used your RGB colors to make a color palette in Illustrator CS2 for me.
Thought I could share it as well

3 Likes
How do I seperate lines in Illustrator so GF understands I want different actions?
YawString April 29, 2018, 4:18pm #64

Here is the Trubetskoy pallet for Inkscape…

I just want to say as a total noob to the laser world I cannot thank the main thread contributors enough for this. I’ve only had my Glowforge 2 days, but this thread has opened my eyes and mind to all the possibilities the machine can be used for.

I’ve downloaded Inkscape but am still learning my way round it so may look at Illustrator as well, but tonight i’ll be trying out some of these templates.

I was unable to get the enclosed .gpl file to open in Inkscape.

You’ll want to place it in the Inkscape palette directory. In Windows the path will be something like this…

You may need to change the windows file options to show hidden files to see the AppData directory.

My guess is the process will be similar. You’ll need to find the “palettes” directory on the Mac and drop the file there. Can’t really be more specific as I don’t have a Mac.

On a Mac, open a Terminal window, paste the text “open /Applications/Inkscape.app/Contents/Resources/share/inkscape/palettes/” on the command line and then hit return. A Finder window will open showing all the palette files.
Drag and drop your new one in there. Quit and relaunch Inkscape. Open the palette menu and they should then be available.

Are you on a Windows or Mac?

I just recreated the same thing for Illustrator. Thanks for the data @marmak3261! Here is the swatches file: Glowforge.ai (85.7 KB) Here’s where I think it goes on a Mac (sorry Windows users, I don’t have a machine to test but I’m sure smart folks out there will figure out where to put it); I’m using Illustrator CS5 on Mac OS 10.10.5 so your procedure might be different: Save the file to your hard drive. In the Finder, hold down the Option key while choosing the Go menu. Choose Library (…

I just got around to setting these up for my wife on Inkscape. So I wanted to post the gpl format for @bdm1’s Trubetskoy list.

I do not want to beat a dead horse with an old thread but we got a new computer and reloaded AD on it and I can not get it to take the file to load the color palette into AD. When import it will only take an AD file. We did this on our other comp that died after 13mo and just trying to get it loaded in the new AD. Any help? Its windows as was our last and this was bookmarked to come back if needed so I know its the same as our last. What are we missing?

I was doing some exercises to familiarize myself with GF and needed a bigger palette for an engrave test file. In case anyone can use this… I took a large set of Pantone Colors and imported them in GFUI order. It’s not all Pantone colors, but it’s a lot of them. Looks like this: 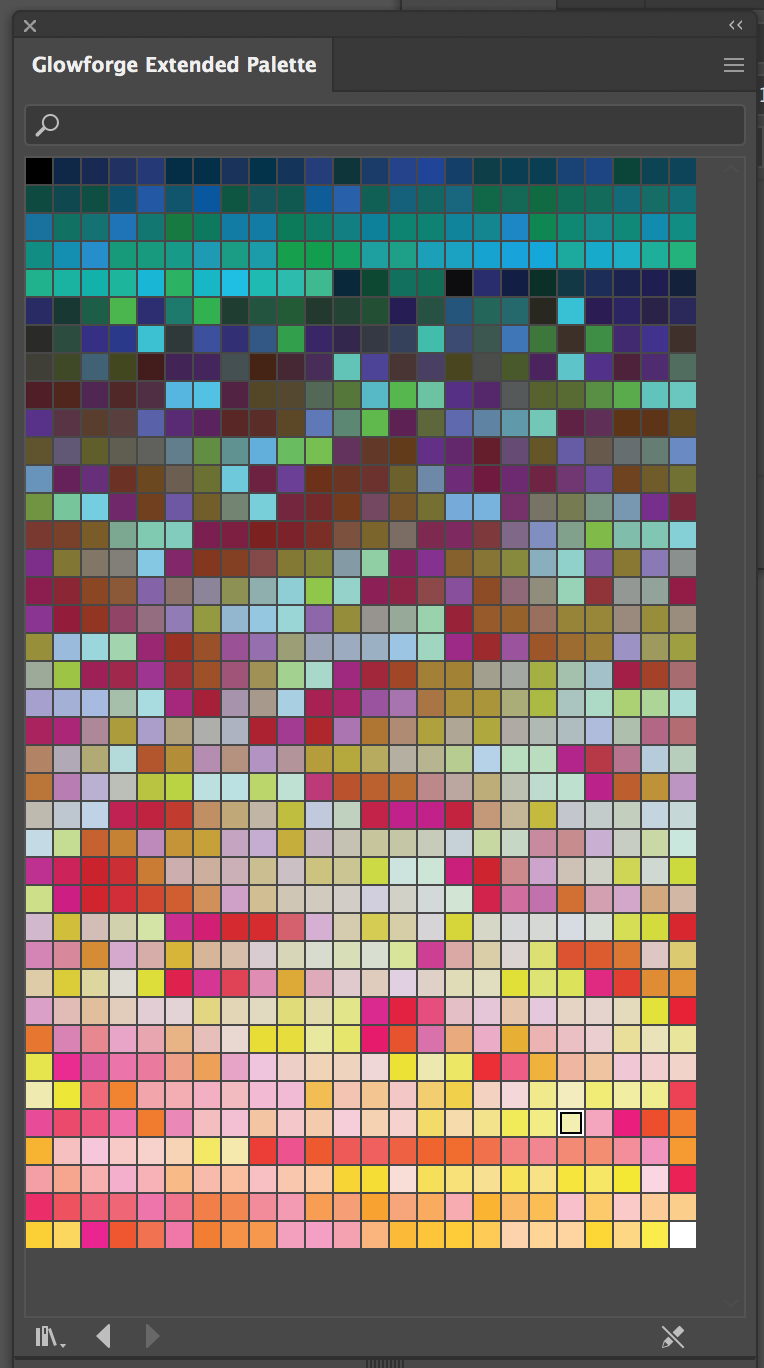 I’ve included the ASE file, a formatted csv file, and the script for Illustrator to generate your own file.

Nice addition! Thanks for sharing it!

Welcome to the forum. Thanks for posting this palette.

Wanted to eventually play with the 3D engrave, so did BW palettes. One sorted in load order (Black first) and one sorted in “depth” order (White first). No idea how useful because I haven’t started a design yet, but wanted to have it when I got there.

If you want to do 3d engraves you will need to do a lot of gradients from black to white rather than discrete shading. most of the time I layout the low areas and the high ones and then Gaussian blur between them. The machine will recognize 255 shades and white (that does not get engraved at all ) but you will not need to set those individually.
This is a simple case as example 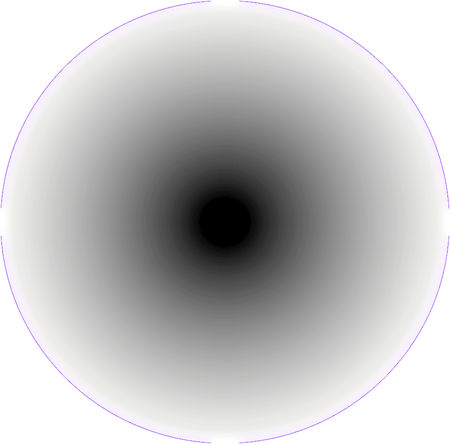 I wanted to be able to pinpoint the depth of the gradients. My impression from what I’ve read is that not everything should be fully black to white. I could do white to light gray and have a “higher” detail compared with something dark gray to black which would be the deeper background element. I wanted to be able to have swatches that gave me a sense of the position in space that I was designing in.