With guests coming for Christmas Eve and my best laser project packaged and sent as a gift, I wanted to make something quick but interesting to add to the festive mood. 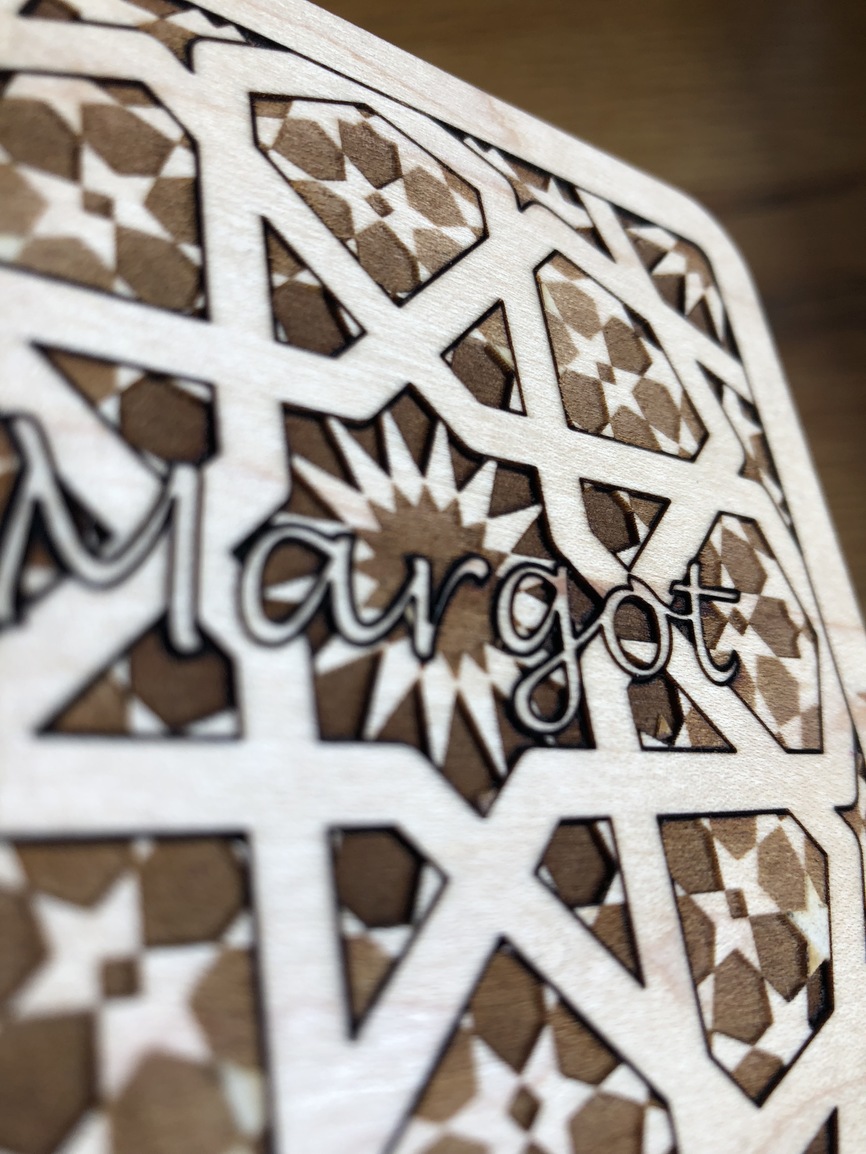 After viewing and discarding 1,000,000 shutterstock patterns and ad-bait fake sites I found some neat SVG renderings of some Islamic patterns. I love these because of their complexity and symmetry. One day i’ll try to make a generator but for now I’ll use these pre-made ones. Thanks Lazur at OpenClipart.org

I had planned to have a lot of holes in the coaster, but nixed that because 1) I didn’t want to deal with floating letters falling out, and 2) it’s a coaster, so leaking fluids might be a design fail.

Instead I took a second pattern from the same guy to use as a background. 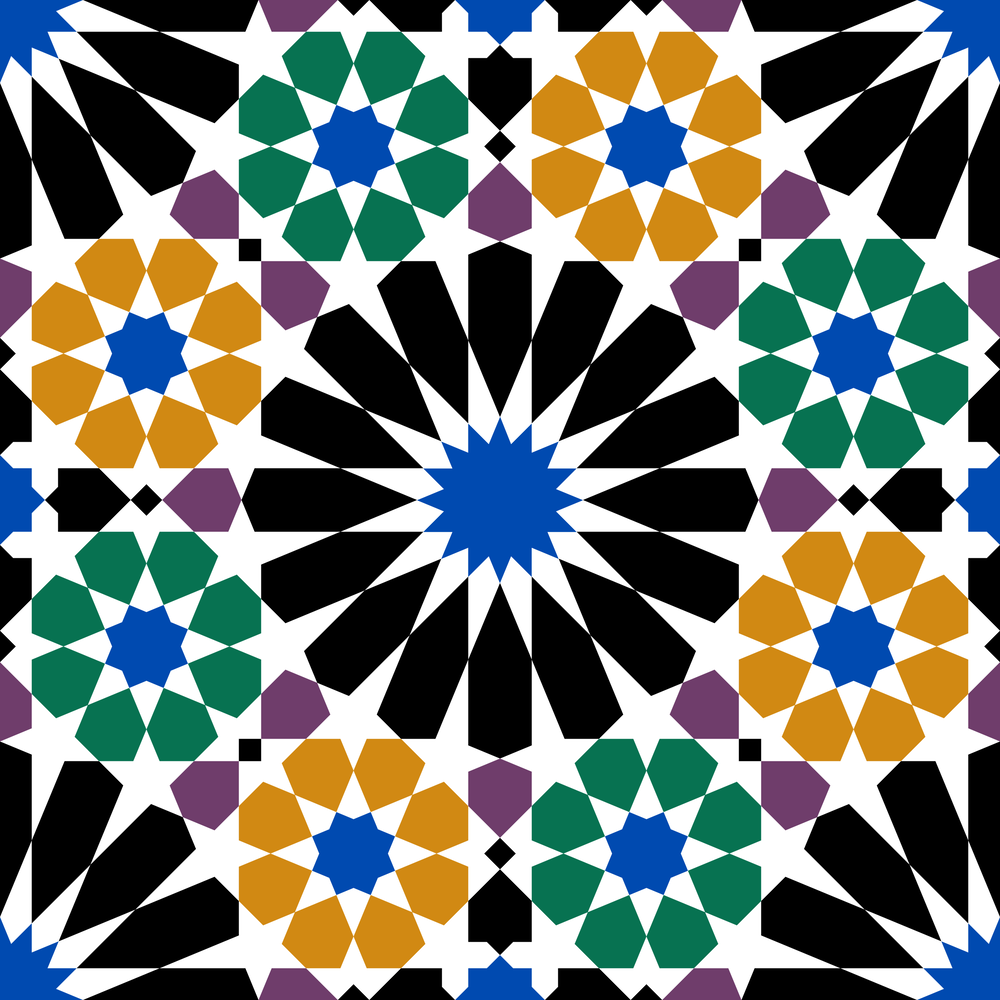 I used Sketch App, a Mac SVG editor that I had lying around, and was delighted by the internal design of Lazur’s SVGs–simple paths combined using booleans – that meant they were easy to manipulate, allowing me to tweak the path widths to my taste, and combine with the text to create clear boundaries. 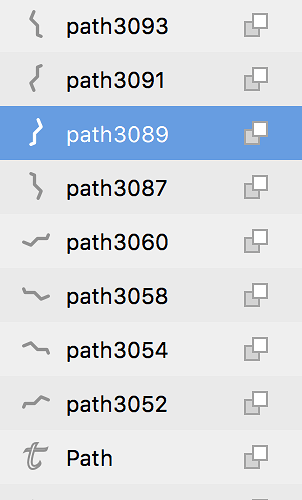 Until I learn how to script sketch.app, adding each person’s name is a somewhat manual process, but not without it’s own pleasure. 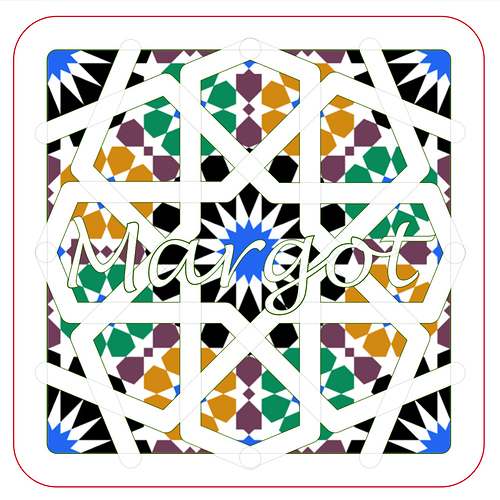 I selected Medium Maple Ply and cut them about 4". The first couple were run at proof grade standard engrave and standard score, but this took like 25 minutes each, so I ramped down to the slightly less satisfactory draft and knocked the rest out before dinner.

A boring weed over aperitifs and a final wipe with cutting board oil for some red wine resistance finished them off.

Guests got to take theirs away as party favours, and we had a nice chat about the process. 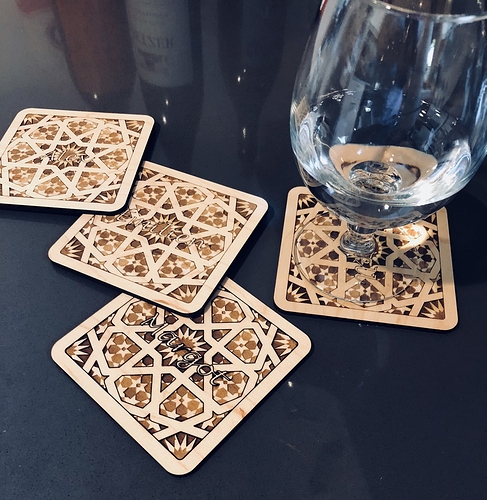 Thanks for writing your process down so well.

Those coasters are awesome!

For interested parties, here’s an SVG you can send to your glowforge.

Wow, they came out great! Hope the guests appreciated them.