Cut/engrave in same job off by almost 0.5"

I just cut a similar job on maple, no problem. then just cut this job (different name/dates) on walnut. the engrave was in the right place, but the cut was almost a half inch to the left. 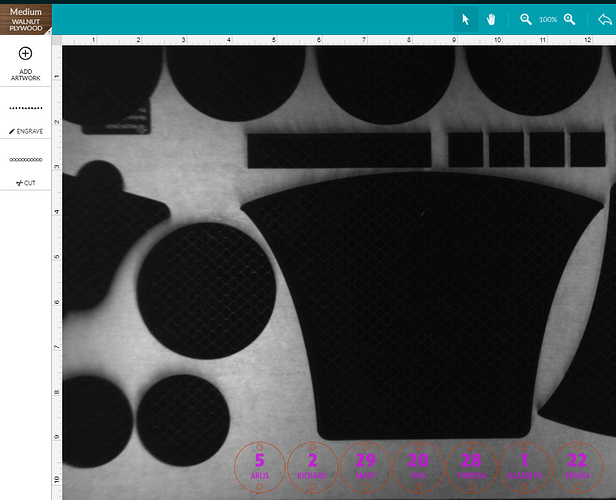 This is what the actual job looks like (canceled partway through).

You can even see where i lightly scored the cuts originally to make sure the pieces would fit in the scrap area and they scored in the right place.

have to run out to do errands, but will retry the job later tonight.

Oof. My first GF started doing this any time I had stuff positioned in the rightmost few inches of the bed. If I kept everything on the left, it did okay. (I think that’s why they always say to cut the GOGM as far to the right as possible, when troubleshooting.)

I’m hoping it’s something different in your case, though, since my issue was terminal. Fingers crossed!!!

next attempt worked. not sure why the first time was way off like that. if a GF person could look at the logs and tell me if it’s obvious what happened, that would be great.

I don’t have any answers, but I do recognize what you last cut out of that piece.

hah! i’ll bet you do. scrap board left over from easter.

I mean, that would first seem like maybe a perfectly timed belt jump? Something made it forget where it was. You could check for physical issues(crap in the belts, in the roller tracks, hit something) but since it just happened to be between job sections, seems like a software hiccup; Random error, internet dropped a 0. The geek is always curious about that end.

Thank you for asking. Can you confirm the cut and the engrave were on the same print and you didn’t do the cut first on a previous print? Thanks!

yes. both operations were inside one job. and they were both run at the same time.

so i’ve cut several other things today. many (most?) have cut fine and accurately. but i just cut this job and it was 1/2" off to the left. 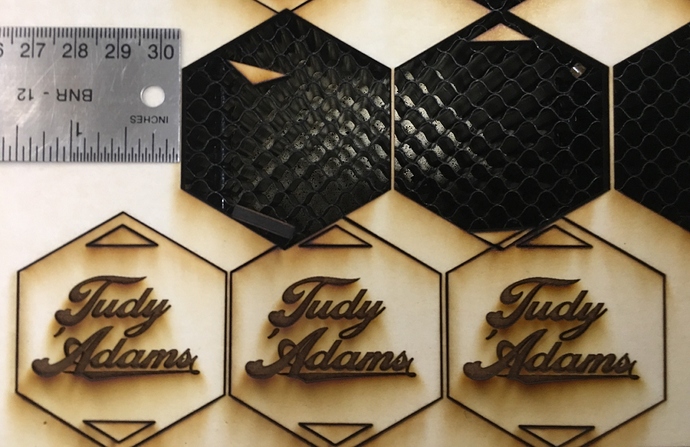 I aligned the points the the center of the gap above. they cut 1/2" to the left of the actual holes above. this was at 10:40pm eastern tonight.

i also had one engrave earlier that jogged in the middle of the job just a little bit. that was about 5:30pm eastern today. i’ve cut a few other things that have been just fine today. but not these two. 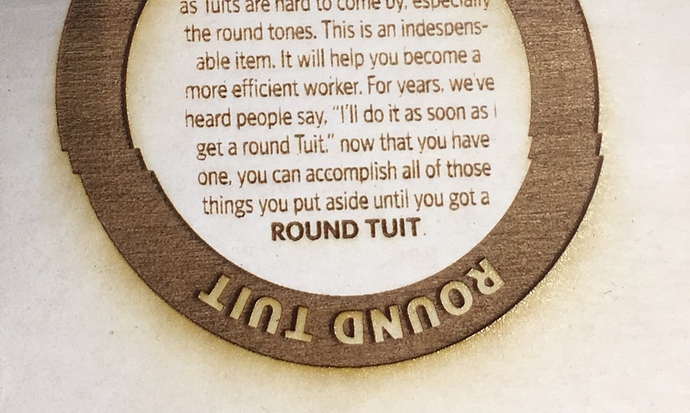 Unfortunately, it looks like your unit is experiencing an issue that we can’t resolve remotely. I’ll be in touch via email to sort out the details. I’m so sorry about the bad news.