Cuts made in the wrong place

You can help by telling me why these mispositioned cuts happened and how they can be prevented. On Friday, March 18, one of the two objects was cut several inches from where it was positioned. See image 1. On Sunday, March 20, again one object out of several was cut in the wrong location, ruining two other objects. See image 2. I then repositioned the three damaged objects and cut them again and they were cut correctly. See image 3. This has happened before and seems to occur randomly.
Why is this happening and what needs to be done about it? 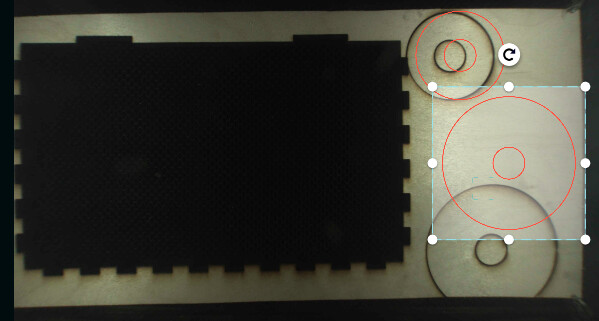 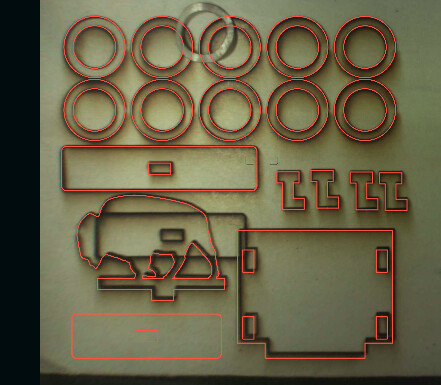 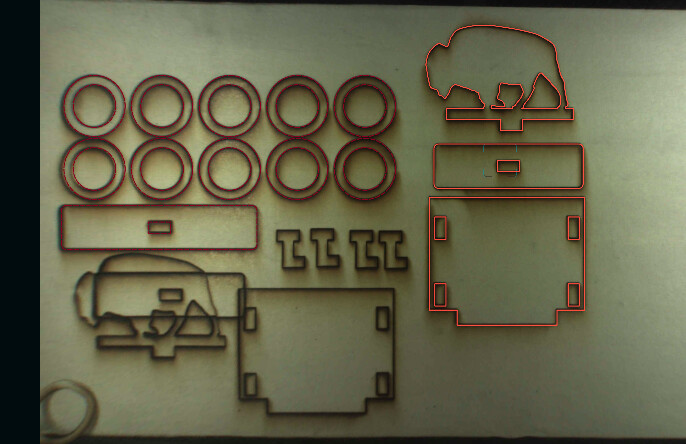 Probably, the print head / carriage plate bumped into something, or you touched it at some point while the machine was on. The Glowforge has no mechanism to actually track the location of the print head, so if anything moves it other than its own motors, all subsequent jobs from that point on will start from the wrong place and be printed in the wrong place. Restarting the machine causes it to re-home which fixes it until the next time something other than the motors move the print head. The underside of the carriage plate rides just under 1/2" above the crumb tray, so anything sticking up 1/2" or more (like holddown pins on thick material) could result in a bump.

I’m not buying it. A) The material was 1/8 BB plywood with no holddown pins or other objects. B) The cuts in third images were made without touching anything outside of the Glowforge app. The Glowforge was not restarted, etc, between images 2 and 3. The patterns were simply repositioned. The question remains what went wrong.

I can only guess as this is not something that has ever happened to me in the 4 + years of interacting with the Glowforge. File parts can get duplicated accidentally, or the head can get bumped, but other than that I am stumped. I do not believe it is a thing that the Glowforge interface creates randomly.

The problem has me buffaloed. I have seen the Glowforge put a design differently than expected but never seen parts of the design change places! What I have seen is that I think I am panning across the image and instead I am moving the image. I undo till it is back properly placed, and make sure I am panning, and just before hitting print, zoom out so I can see everything.

There is just no way a buffalo goes dancing with a base without my knowing about it.

I haven’t seen anything like that in 5 years with my machine, or in the forum.

Support can compare the cut path instructions to the post-print image, and verify there was a problem.

Just email with date and time of the problem cuts.

I’ve also never seen anything like this in all my years of ownership.

I the issue of mispositioned cuts at least partly tracked down. It is a software issue that I have referred to GF support. I checked the locations in the machine where a small object might be lodged and cause problems and found nothing. Then today it happened again and I could carefully trouble shoot. It turns out that the positioning shown in the GF app was not the same as what is in the svg file. Not by a small amount but by 2 inches. There were 6 objects but only 1 was misplaced. I checked it against the svg file and it showed the cuts had been made where the input file showed them but and not where the GF app showed them.
Now the mystery is why the difference in position and why only 1 object was misplaced.

the difference in position and why only 1 object was misplaced.

There can be many reasons why all the objects are misplaced but only one reason why only one object is misplaced. I have seen it in Autocad but never in normal use here. The only time that was the case the z-value was very different on one or more of the pieces. With the z-value very relevant with the fisheye lens that is the only way I can think would cause that problem.