Not sure what is causing my problem and hoping for some guidance. I have attached to file for you kind folks to look at.

For some reason, this shape is being cut multiple times by the GF software but I am unable to locate more than one path and the processing is set to one pass. I thought perhaps I stacked multiple copies but if I did, I can’t separate them so I can delete the duplicates. Any suggestions?

It appears just one pass, but you can set multiple passes in the GFUI I would look there

I did an expand, then released the compound path. This is what I see

Can you tell me how you did the expand and released the compound? This is what I see when I look at my layer breakdown.

Nevermind. I figured out how you did that. Thank you so much!! Problem solved.

Your file doesn’t contain any paths, but has a “stroke” with a weird “polygon” defining the shape.

I’m not sure how its done in AI, but in Inkscape, objects have to be converted to paths to work on the Glowforge.

Strokes have width and it would appear that’s why the machine would trace the inner and outer edges.

In addition to your addition…

I’m not sure how its done in AI

I’ve learned to love AI for creating my files but I have no idea what or why it does some things the way it does. I’m still learning and I haven’t cared to dig in that deep.
I have learned to check for this kind of surprise though, especially when I use the shape builder tool. It’s easy enough to miss if you get in a hurry and the GF will always remind you with extra crispy cuts as it does exactly what you told it to do.

Your file doesn’t contain any paths, but has a “stroke” with a weird “polygon” defining the shape.

I’ll give you weird but it did load and was parsed correctly by the app.

The object originally presents as a single path.

When I released the compound path you I get the original separate paths.

The top path shown was just slightly smaller than the bottom path and had been subtracted to make the outline shown in the compound path. 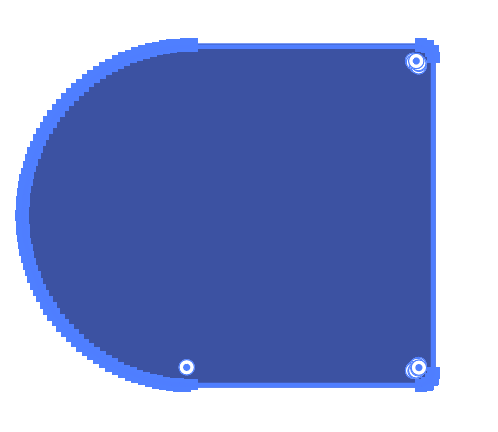 I have no idea how the compound path became the single path from there.

If the position of the stroke is set to center that should avoid the double cutting - took me a while to figure that one out, and sometimes I forget to check that before I export it and tap that magic button!

Yeah, not ragging on AI by any means. Just appears the OP created a file with a stroke that translates into two paths. That’s not an AI or GF issue, that’s a user error.

I’m sorry you ran into trouble. It’s great to see that the advice which you received from other community members lead to a solution. Thanks folks!

If you run into trouble again, or have any questions, please post a new thread here on the forum or email us at support@glowforge.com and we’ll be happy to help.