Cutting out rasters in Affinity Designer

This is one of my favorite tricks in AD, so I thought I would share it.

Glowforge can’t handle clipping paths yet, which sometimes makes it tedious if you only want to use part of a raster image in your design. But if you have AD, it’s actually pretty easy! Here’s a sample before and after: 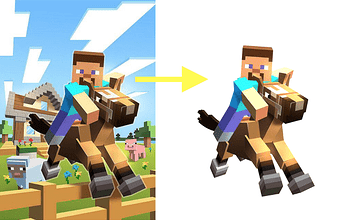 Here’s how I do it: (click triangles to expand steps)

Now you have a piece of artwork you can use for engraving in your Glowforge designs!

Note that your design can have curves, too – just grab the lines and pull them to curve where you want them to, and/or change the node types and use the “handles” to adjust.

AD does not have a trace command to take a raster and convert it to curves. I usually just place my image, draw a path around it import it into GF… I’ll get the popup that clipping paths aren’t supported, but I still get my cut on the path, and can engrave the image just fine using AD each and every time…

The secret is to not actually use a “clipping” path.

That’s what I used to do until I stumbled on this method. This way is a whole lot easier.

And I don’t have to waste time and material engraving the parts I don’t want.

This is really similar to what I do in Corel. I import my raster and then drawn a vector line around the shape I want. Clip it to paths>get rid of the vector outline color>convert to bitmap again.

The secret is to not actually use a “clipping” path.

I use to do the exact same thing until I figured out converting a clippath into a new bitmap before importing it to the GUi saved a little engrave time and material. I still sometimes skip it and just do it the way you mentioned though.