I’ve seen this issue a few times now, with different drawings. When engraving a detailed vector in an SVG, sometimes the Glowforge will decide to add extra lines that aren’t in the original drawing, or will “cut the corner” of an existing curve and turn one of the curved segments into a straight line.

The on-screen preview of the engrave looks fine in these cases (both before and after running the job), but the actual engrave has errors.

Here’s an example from last night (engraved at 450 LPI): 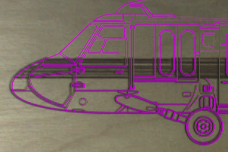 My complaint isn’t the slight misalignment between preview and cut; my unit is actually pretty close. It’s those extra horizontal lines that started appearing half-way through an otherwise excellent engrave.

I double-checked the source SVG, and I couldn’t find anything wrong with it. It is fairly detailed, since I converted the strokes to paths in order to capture the varying line widths. It has about 5700 nodes, but I’ve engrave much more complex vectors without issue on my Glowforge before.

As a workaround, my thought was to convert it to an embedded 450 dpi bitmap, then engrave that instead. But in general, I shouldn’t have to do that, right?

Thanks in advance for any suggestions!

I’m not sure what’s wrong with the GF engraving this image, but playing around with it crashed Illustrator for me. I have no idea if it’s something in the image or if it’s some quirk with Illustrator (or a combination of the two).

I can’t check it right now, my system crashed a couple of nights ago, but one thing to check for is open paths…the GFUI will try to close them when it engraves. (Only does it in the engrave function, or if you convert open strokes that came across as cutlines into an engrave in the interface.)

the GFUI will try to close them when it engraves.

Shouldn’t those appear in the GFUI even before starting the engrave?

Yes, they should show up as a separate cut operation, so if you didn’t see that, it might be something with white fill hidden in the AI file that the interface is interpreting as an engrave. (Can just turn on the grid in the AI file to see if they become visible.)

Or it might be a bug. But I check for the other things first.

I’ve had the same issue with SVGs doing this intermittently. Sometimes it happens, sometimes it doesn’t. I have to watch the preview to make sure it’s not going to do it before hitting the button.

Thanks for the suggestions. In doing a Select All and looking for handles, I don’t see any evidence of hidden white paths, so I don’t think that’s it. I’ll check for open paths.

With regard to the preview, what’s weird to me is that the preview doesn’t show these extra lines, so as far as I can tell there’s no way to anticipate them. (Or are you referring to the “animated” preview, as opposed to the static one? Admittedly, I don’t typically bother to watch the animated one.)

It appears to be something with the file. I’ve had issues similar to this and it has to do with how it’s drawn. For one, I see some overlapping areas. 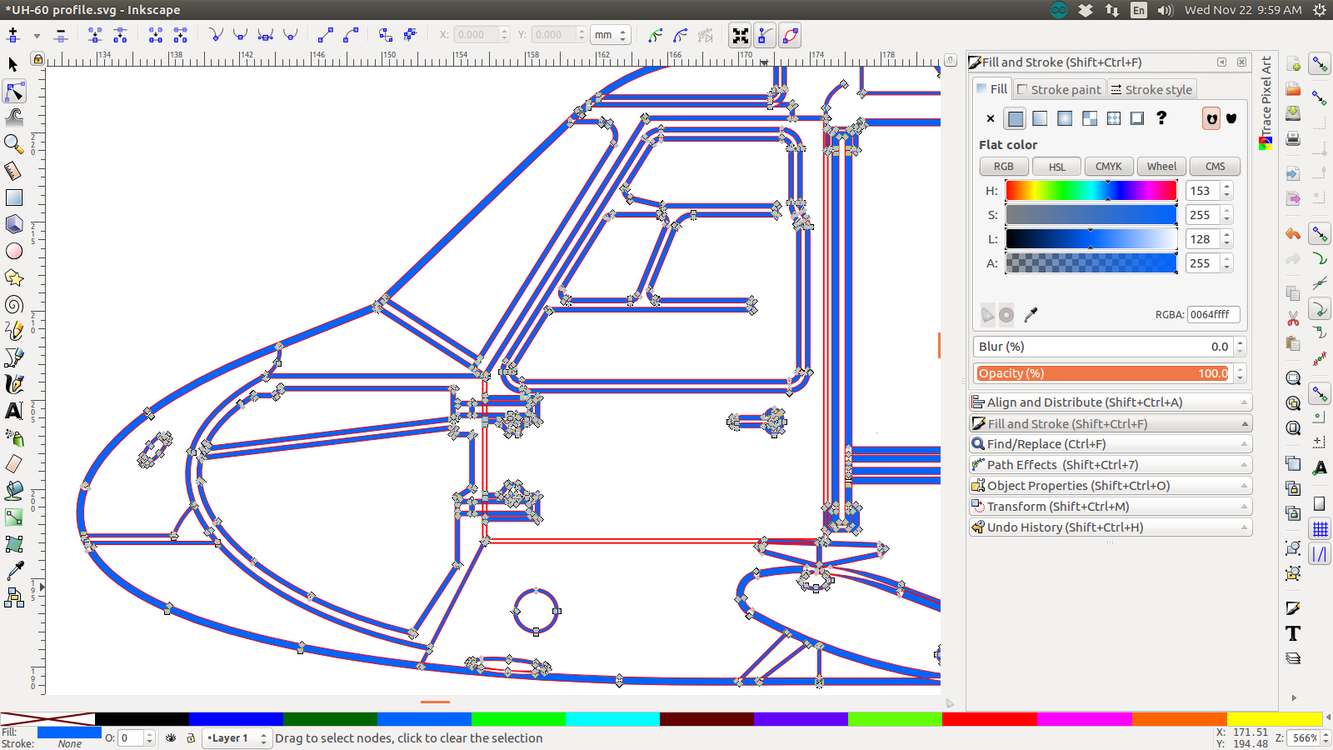 Seems like we could use a warning in the app for when you are engraving an open path. With many people using found artwork instead of making everything from scratch, I think some level of software assistance for matters like that is reasonable.

With regard to the preview, what’s weird to me is that the preview doesn’t show these extra lines, so as far as I can tell there’s no way to anticipate them.

They must be using different SVG engines for the preview versus calculating the output. I guess it is analogous to viewing an SVG in Illustrator, but printing it with Inkscape. Sure, they are supposed to do the same thing, but…

It would be really nice to have a toolpath simulator so we can see if the output is as expected. Surely The Cloud can send us an image before we press the glowing button; it’s already done all the work of calculating what’s going to happen. It might not be feasible to inspect every micron of the image but if there were big problems, like those lines, at least you’d be able to spot them before you wasted material.

I haven’t seen them in the artwork preview, but mostly I have been converting my detailed vector engrave stuff to bitmap in inkscape. (Yes, I know that’s often no an option. But when it is…)

I just tried your original SVG and it did the same thing on my GF.

The Cloud can send us an image before we press the glowing button; it’s already done all the work of calculating what’s going to happen.

It does, that is what the red animation is. It is drawn by interpreting the waveform file so should be accurate but is too small to show all the detail. A full size version would be nice with grey scale representing power density.

That is great news. You miss a lot when you don’t have a Glowforge yet.

The animated preview is the one to watch.

I went in and used Union to combine all of the overlapping areas, and I also manually removed some redundant nodes. We’ll see if this one works any better: UH-60 profile-revised.zip (60.4 KB)

The animated preview is the one to watch.

Good to know; thank you! I wish it was more detailed, though, if I’m expected to spot errors…

Aye, ive made a post regarding using this to review the cut beforehand. Hopefully theyll take it into account.

I just tried your original SVG and it did the same thing on my GF.

Thank you! At least it’s consistent.

I went in and used Union to combine all of the overlapping areas, and I also manually removed some redundant nodes.

I did the same thing and came up with a usable file.

Interestingly enough, related to this debate occurring over the last day or so, if I use Export As from Illustrator, the GFUI errors out with the file. If I use Save As to create an SVG, the file works perfectly.

I’m very excited to have a specimen to examine! Thank you!