Engrave skipped on one of them

was running these 6 items for my sister that she asked for, and on one of them it just totally skiped the engrave 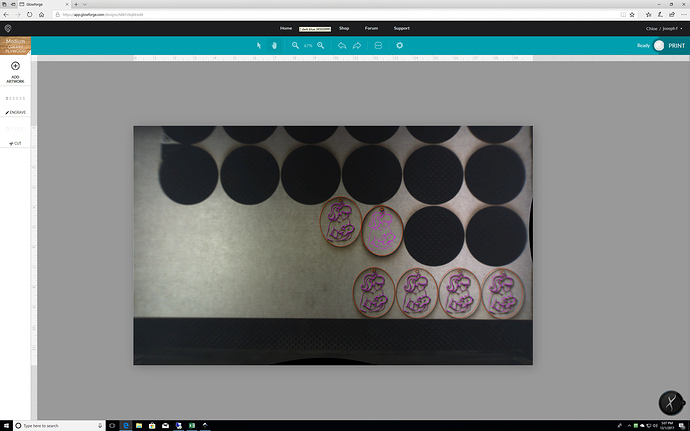 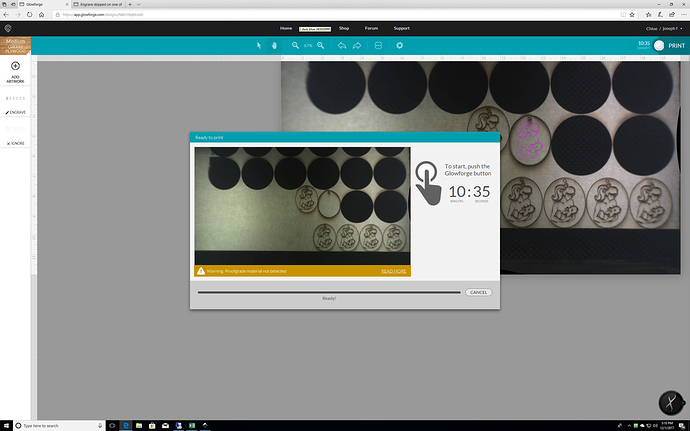 and on one of them it just totally skiped the engrave

I’ve had that do the same thing on me and I traced it down to the source file was bad. I go from Corel to SVG to GFUI. When I looked in the file using Inkscape I found an issue with the SVG. If you’re not designing in Inkscape it’s possible you had a similar issue in a borked object in the SVG coming from AI or Affinity or wherever.

If it’s not your file I’m at a loss

That’s a handy thing to know. Gonna file it away for when it happens to me (although I will likely forget until I gnash my teeth for the longest time and curse the cosmos…).

Tilings are sneaky in Inkscape. I have often double engraved and cut objects because the original gets a copy right on top if you don’t set it up correctly. Works well normally though.

Great! I’m glad you figured it out.