Engraves and Scores are going too deep

Had the Glowforge for about a week and was making some ornaments for an elementary school class.

Using both the proofrade wood and the proofgrade acrylic engraves are going about 99% of the way through the material. This was using Graphic not Deep Graphic. The only way I was able to prevent this was when making lines in Inkscape into paths with zero thickness. Those would engrave properly, but any shapes or words or anything with any thickness would go 99% of the way through.

After making the shapes I was engraving hollow so I could make them dimensionless paths I tried to use scores instead of engraves to greatly speed up the job. Scores go all the way through the material. I switched to manual and kept lowering power all the way down to 4% at which point they were still going through the material in the corners of shapes. Also scores were doing 2 passes even when I set it to do 1 pass.

Here are some examples of tests on the acrylic. The bottom left was with the proofrade settings, then I lowered it progressively until the name Loy which is at 4% power: 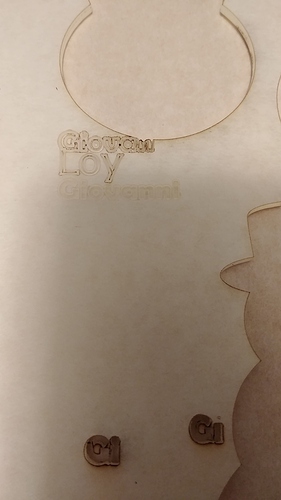 So currently I am very limited in what I can actually do. I am also skeptical that cuts are even working as intended since it clearly cut through in one pass and then did a second pass anyway.

Here is what happened when making the founder’s ruler: 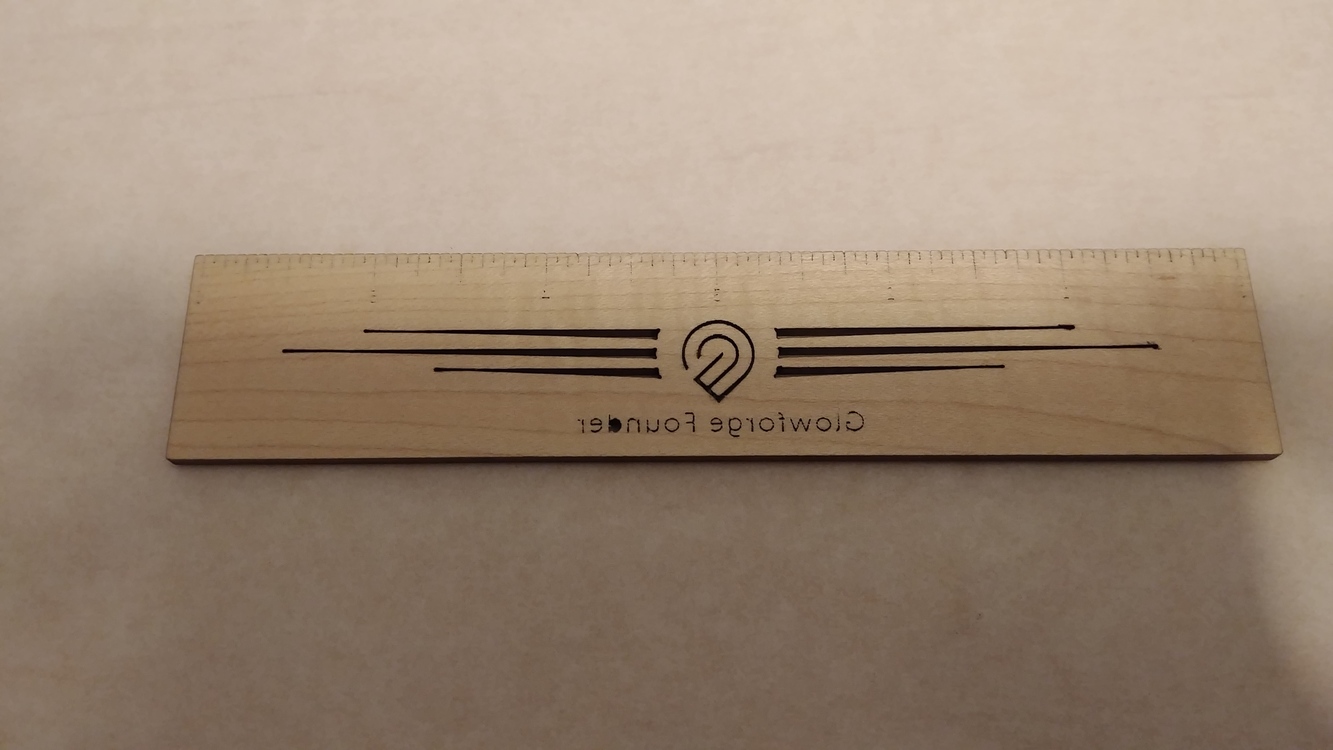 Also scores were doing 2 passes even when I set it to do 1 pass.

99% of the time that this happens you have lines on top of each other.

Hmm, well I didn’t have any lines on top of each other, and it also happened with the ruler file that they supplied.

also happened with the ruler file that they supplied.

The double-lines are, as mentioned by @markevans36301, characteristic of having double lines on top of each other. This happens very often with vector tracing and can be nearly impossible to see. If it’s happening with the ruler, you’ve definitely got something quirky going on.

As for the cutting all the way through on scores (especially with the ruler), it looks like you’re having a power modulation issue and support is going to have to be the one to check out your logs and assist.

I’ve replied to your email already, so I’m going to close this thread.