I just got my glowforge and i’m just trying to wrap my head around how it works vs. the Trotec that I’ve been using. I’m trying to engrave different shades of grey but only seem to be getting very black, deep results.

This is what I’m feeding it, in PDF format: 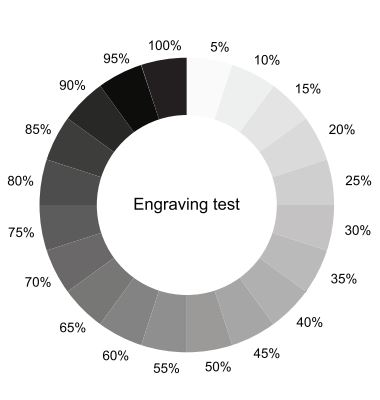 and this is what I’m getting: 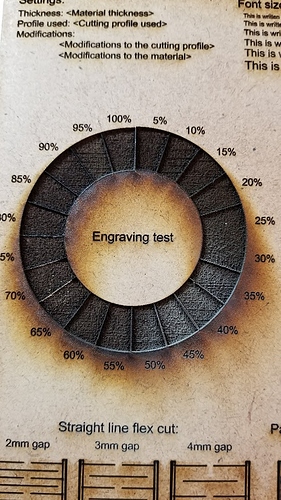 I also tried a batman, with greys and blacks and got this: 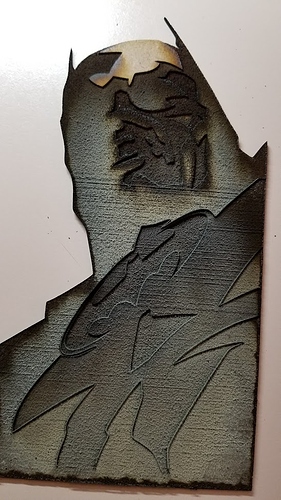 My Trotec would give me much better results with light greys and blacks, wondering what I need to do differently on the forge?

What material did you use?

Is it a raster image and did you select map greyscale to power? It wont work with vector artwork.

No… they are both vector images. You’re telling me it can’t engrave vectors using shades of grey?

Yes, it really is that broken.

Depends what you are testing here:
if it is a vector, and you are testing power, you would need to set each little box-step to the corresponding power percentage.
edit - like this: 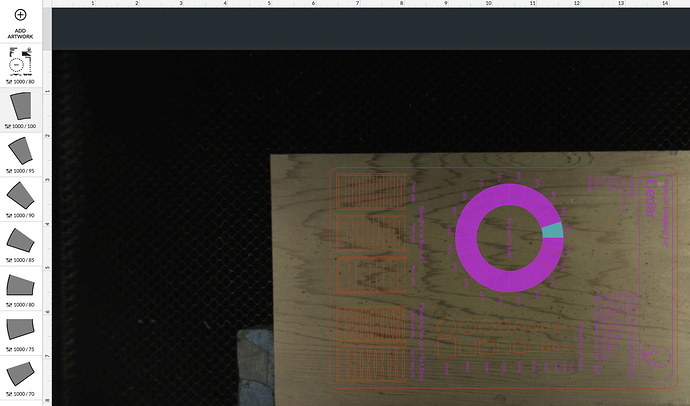 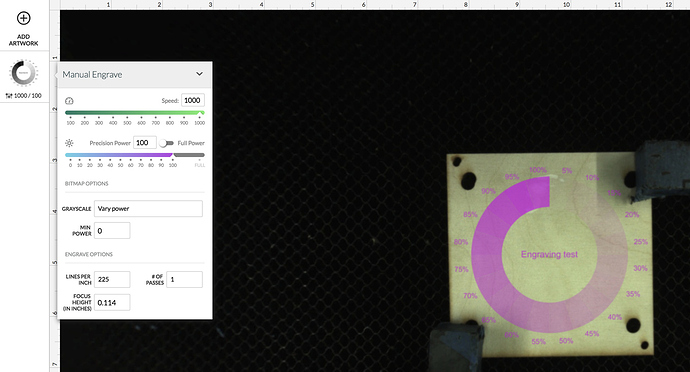 Yikes! I’m using this with my class and I’m so used to having they submit greyscale vectors that just works… if I have to open every file and raster it or guess at each power setting for every shape - I may have to go back to the Trotec

I guess I’ve been working with vinyl for so long that I am very used to vectors being solid colors, and rasters having gradients. Vectors to the plotter and rasters (or rasterized vectors) going to the printer.

if I have to open every file and raster it

lol… make the students do it as part of their file prep. They need to understand the difference between raster and vector and how to work with both anyway.

Ya, I hear you. My vectors are largely solid fills, but as with the batman it may have 20 different pieces, all different shades of grey. I just expected it could read that without having to raster it…

Yeah, I want the"vary power" option on vectors too. It does not have it right now, but I would not be surprised to see it added at some point. AFAIC the machine has slowly but consistently improved since I’ve had it.

What would it do to color vectors? Variable power based on hexadecimal number order? Could be some fun weirdness there!

There is a standard formula to convert colour to grey scale based on the human eye model, so it could simply do that. Presumably that is what normal laser cutters do.

There is a standard formula (…) could simply do that.

lol… gf does a lot of stuff kinda non-standard… but anything is possible!

@jbv it looks like I did it the hard way and set each area individually as in your first image. For me, I was only doing all that pain for a test of future fills and not a whole bunch of different gradients. But, I can see how having the GF read the grays would be great.

Where’s greyscale to power option? I’ve rasterized it, need to see if this will work…

Cancel that, found it

Presumably that is what normal laser cutters do.

The phrase “vector fill” confuses me. So is the fill actually a million lines (vectors) that appear to fill a shape? Wouldn’t that be a lot of calculations? Wouldn’t a raster fill be way faster and far less intensive?

nah, it’s just a vector shape filled with a color, but it’s all math instead of pixels.

I rasterized the batman and kept the cutline and things are much better. It’s just an extra step and sometimes young kids are not great at following direction - I know that’s shocking 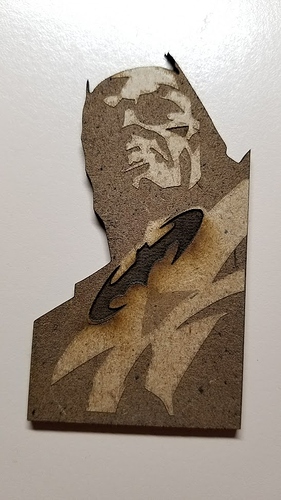 I’m so sorry for getting to this so late, but thanks for the great answer @jbv. I’m glad batman is recognizable now.

Also thanks for the suggestions everyone - I’ll make sure the team gets them.

I’m going to close this thread - if you have another question, go ahead and post a new topic. Thanks for letting us know about this!