For those of you who have attempted or succeeded in engraving on pine, what settings did you use? I have a simple logo (block letters) that I would like to engrave on a 2x4. I attempted a engrave the other night and the engraved area appeared very wavy and varying in light/darkness. Thanks. 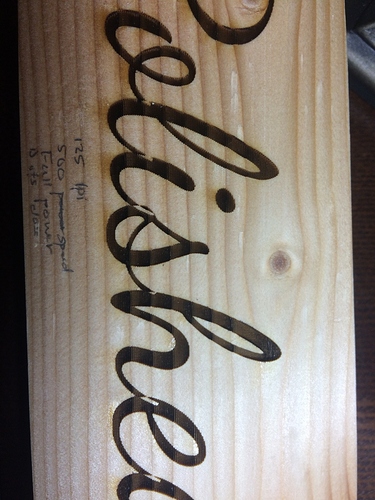 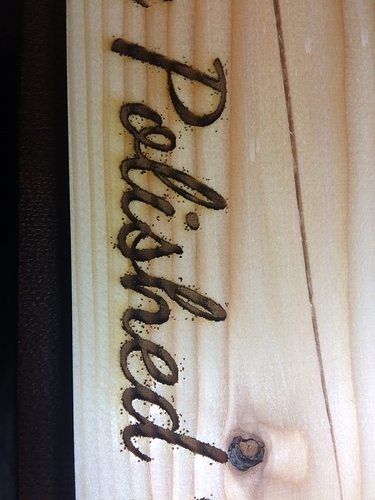