Hi. I’ve been engraving everything using vector (once I did a raster photo which came out badly). I just was wanting to find out if I should be doing rasters instead. In several posts I have read people are using raster images. Any insight on what I should be doing and what settings is appreciated.

There are a lot of differences between the two and what you are designing can be very determinative of what you do. If you are looking for a single depth hard edge shape like a logo then vectors are the way to go. If you have a family photo that you want on a sheet of wood you need a raster image and to use dots instead of variable engrave, and a fairly high LPI. 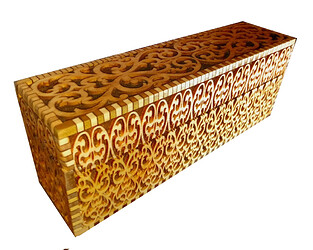 Between barely scorched and blasted black is a very short distance and a variable engrave will usually go heavy in the black, plus it creates depth in ways you don’t want it. In many portraits the light is stronger on one side of the face, and as dark and light your eyes can make sense of it, but in a variable depth, the darker side of the face looks caved in and dark glasses are deeper than the face so it really looks weird.

With dots every dot is black and where dots are not it is light As long as there is a bit of space between dots in strong areas and at least a few in light areas. it reads like a newspaper photo with the more LPI the finer the detail.
A dot engrave on tile (the frame is vector)… 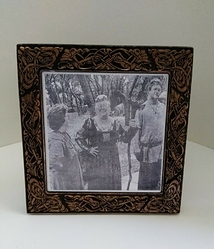 There are very special images made from 3D shapes that do not show any shadows but a 3D program (or a very good eye) has made all the closer parts white and the most distant black and all the places between various shade of gray. This is what variable power engraving is made for as it will burn the most on black pixels and not at all on white ones and between varied to the level of gray. This produces a piece that is a deep as full power will allow and ranges up to untouched in the (usually compressed) levels of the original shape. Many folk use the variable power on images but I find the results to be not optimum. That is my opinion of course.
A 3D variable engrave… 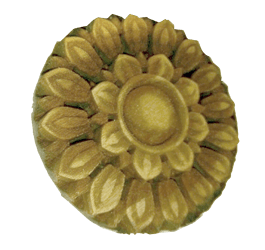 Thank you for the reply. Most of the images I am using are not photographs but rather things that are single color. So I gather from your post, I would still be better with vector. Is that correct? Thanks again

I would still be better with vector. Is that correct? Thanks again

That works as either raster or vector, but in raster any non-vertical or horizontal line ends up a staircase of pixel “squares” or jaggies that cause a line to be “blurry” at the edge while vector lines have no such issues. JPGs also have artifacts that also can show up. So what you are wanting is a clean flat surface at least to the level of the LPI, (as it is not a variable engrave it does not matter as much if you drop power when top speed is limited in vector engraving) The higher the LPI the smoother it will be but also the longer it will take. (and will be deeper at the same power and speed, so you need more speed or less power with each increase in LPI) 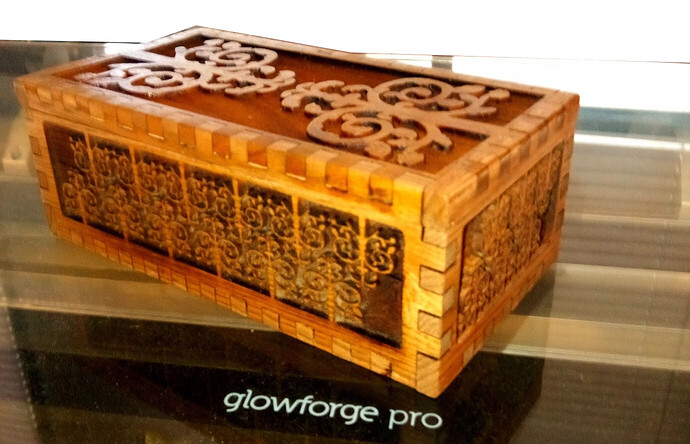 There are very special images made from 3D shapes that do not show any shadows but a 3D program (or a very good eye) has made all the closer parts white and the most distant black and all the places between various shade of gray.

This is called a “Height Map” and most 3D rendering programs can generate them. It has nothing to do with how the object is “illuminated”, the color is based purely on the surface’s distance above or below a plane defined by two of the axes. Though some will let you specify an arbitrary plane.

Here is an example of turning a vector into a raster so the Glowforge can process a gradient or height map. I was playing with contours for an acrylic lens. I did the design in Inkscape with vectors but had to export it as a raster so that it could be 3D engraved. It worked rather well, an interesting effect, but now what I was looking for.

It has nothing to do with how the object is “illuminated”, the color is based purely on the surface’s distance above or below a plane defined by two of the axes.

Sorry, I was trying to explain the difference between a height map and a photo. There are many new to the issue that use the photo with variable power engraving and have trouble understanding why it “looks funny”. It would be very nice if there were a simple translation from a color height map to a gray scale height map, but only the gray scale height map works on the Glowforge and I have not seen a translation system.

I have seen many names used: height map, depth map, relief map, elevation map and perhaps others all indicating the same concept, though some do reverse and have black as the high point, but the translation in that case is easy.

I was playing with 3d Max some years ago and discovered the concept that was easier done than in Blender and made a whole list of them,

Both have their places so there’s no one answer really, but I do tend to upload rasters more when engraving. I leave simple files as vectors, but most of my work is more intricate/complicated, so I import them to the GF as a PNG with a transparent background. I do it because with rasters, there are no stray nodes, hidden shapes or disconnected lines that can cause issues, and what you see is exactly what you get with no hidden surprises. I’ve never been disappointed with the quality of the raster engravings, but I do have the advantage of understanding how different colors will engrave, and that just comes with experience. And converting to rasters come in real handy when dealing with other people’s work. I’ve bought some supposedly “laser ready” files that were total garbage, so instead of spending 3 hrs cleaning them up, I just simply convert them to rasters.

So my advice would be to do a little experimenting to see the differences in the engraving quality and to get a feel for what the same graphic looks like in both formats. And keep in mind that it can take some practice to learn how to design or adjust a raster to get the best results, but it’s a skill worth the effort.

A couple reasons I typically convert all engravings to raster images:

Thank you everybody for the excellent info. For rasters, how do you decide on the LPI (I think that is how it is listed)?

how do you decide on the LPI

experimentation on different materials. Increasing LPI increases the print time, so I generally try to find the lowest LPI that looks good to my eye for any given material. Some materials (anodized aluminum, slate for example) can handle high LPI and can look better for it. Others (plywood, cardboard, etc) often don’t benefit from going above 270 LPI (IMHO)
One benefit of vectors over rasters (for certain applications) is that vectors can be both engraved and scored; I will sometimes use a very low LPI for block lettering, then run it again as a score. This gives me decent contrast for a very legible large letter in far less time that a solid engrave would take. 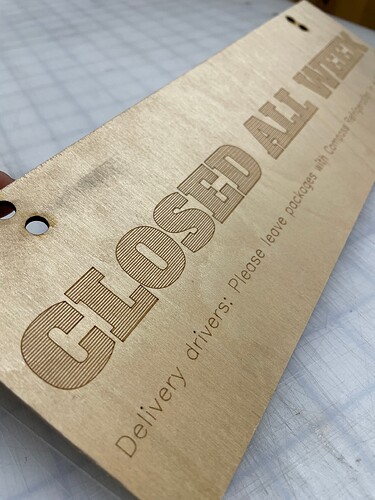