I’m making a Battlestar Galactica blaster for a friend and decided to also include a stand.
(Please note, in these pictures, the Blaster is nowhere near finished. Please disregard its ratty appearance).
This is a Piece of Thick Clear Acrylic (PG), with the Battlestar Insignia etched into the backside so that the top is smooth and glossy. It’s got a standoff to hold a small metal plaque (also etched on the GF) and to support the front of the blaster. There’s also a little shape at the back to keep the butt of the gun from sliding off the back.
All this is laid on on top of a piece of Medium Black Acrylic (PG) to make the etched design pop.
Tonight, I’m experimenting with ways to bond all this together (Weld-On 3 and 4 will be tested) and, once done, I’ll add some little rubber feet to the bottom.

(PS: At what point do I stop being a “new user” and get to post more than one photo?!) 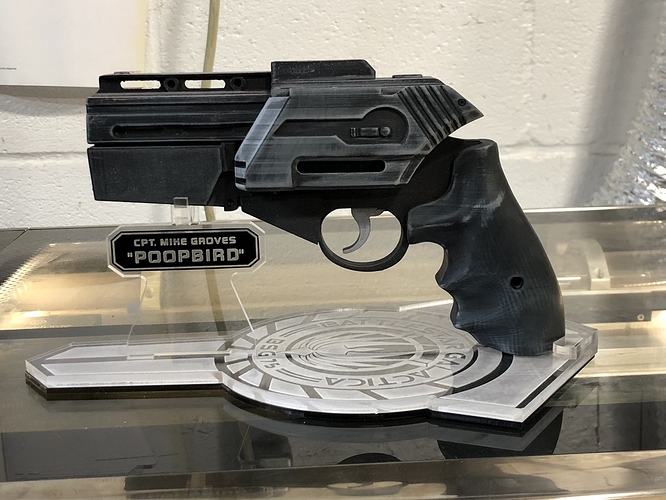 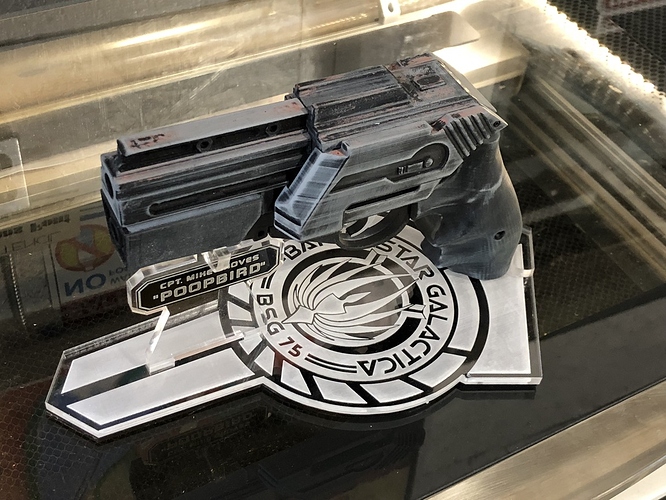 And one last one… 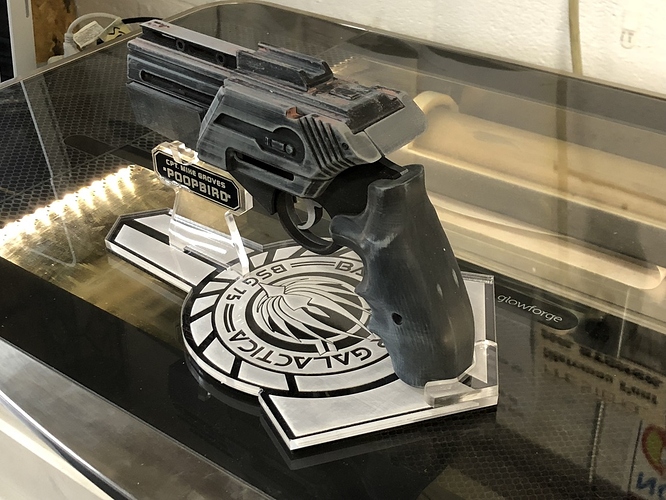 This looks amazing, the engraved base look great and i like how you incorporate the label with the part that hold the barrel upright.

Wow that is a great display! (And prop) This sparks my creativity and up my game for my Megatron and Shockwave gunmode display stands.

At what point do I stop being a “new user” and get to post more than one photo?!)

The Discourse minimums are:

But those are the default settings, The staff here may have set the thresholds higher.

They must have. I have FAR exceeded all those.

That stand almost looks as nice as the blaster.

Great work on both!

Maybe it’s because I’m old, but I’ve always sucked at that. I prefer to use words, rather than click on a “like” button. But I’m trying to get better!

No, he means that it’s a Discourse requirement to move ahead. (It is.)
You’ve got to scatter a little love.

I’ve always preferred to display trophies that have been through a couple of Cylon wars. I like it.

yeah, it can seem like pandering, or being lazy, compared to an actual response.
(I would say it isn’t, especially when all you want to say is, “i see that you did something that is vaguely interesting to me”)

Some people don’t care if they get likes… but I think most people do get at least a tiny sliver of HAPPY from seeing a like notification, especially when it is from someone whose work they admire (and your work that I have seen is very good).

(And for some people, it’s more than just a sliver:) 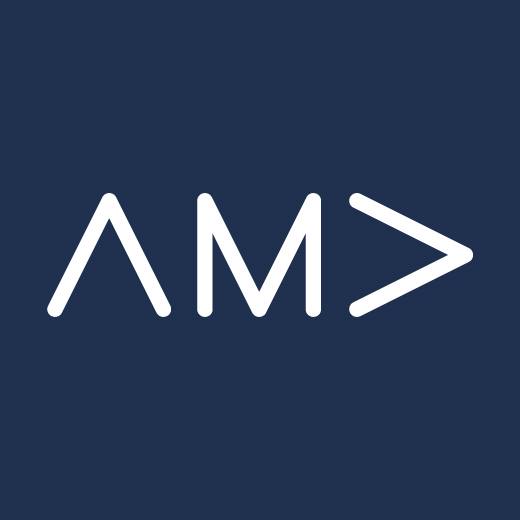 Social media affects the brain in the same way that a hug does. Here’s how it works, and what marketers can do about it.

Well… at least Discourse isn’t like YouTube and gives people the thumbs down option for the trolls, even if they do secretly like what they see.

so the button is handy for them.

Oh, yeah! The display and the blaster are way cool!