Disney is kind of the villian

Some friends of mine got ripped off by Disney and fought back.
It almost bankrupted them but they won.
Unfortunately it was a pyrrhic victory, they had to sell the building their office was in, and I don’t think their agency really ever recovered. 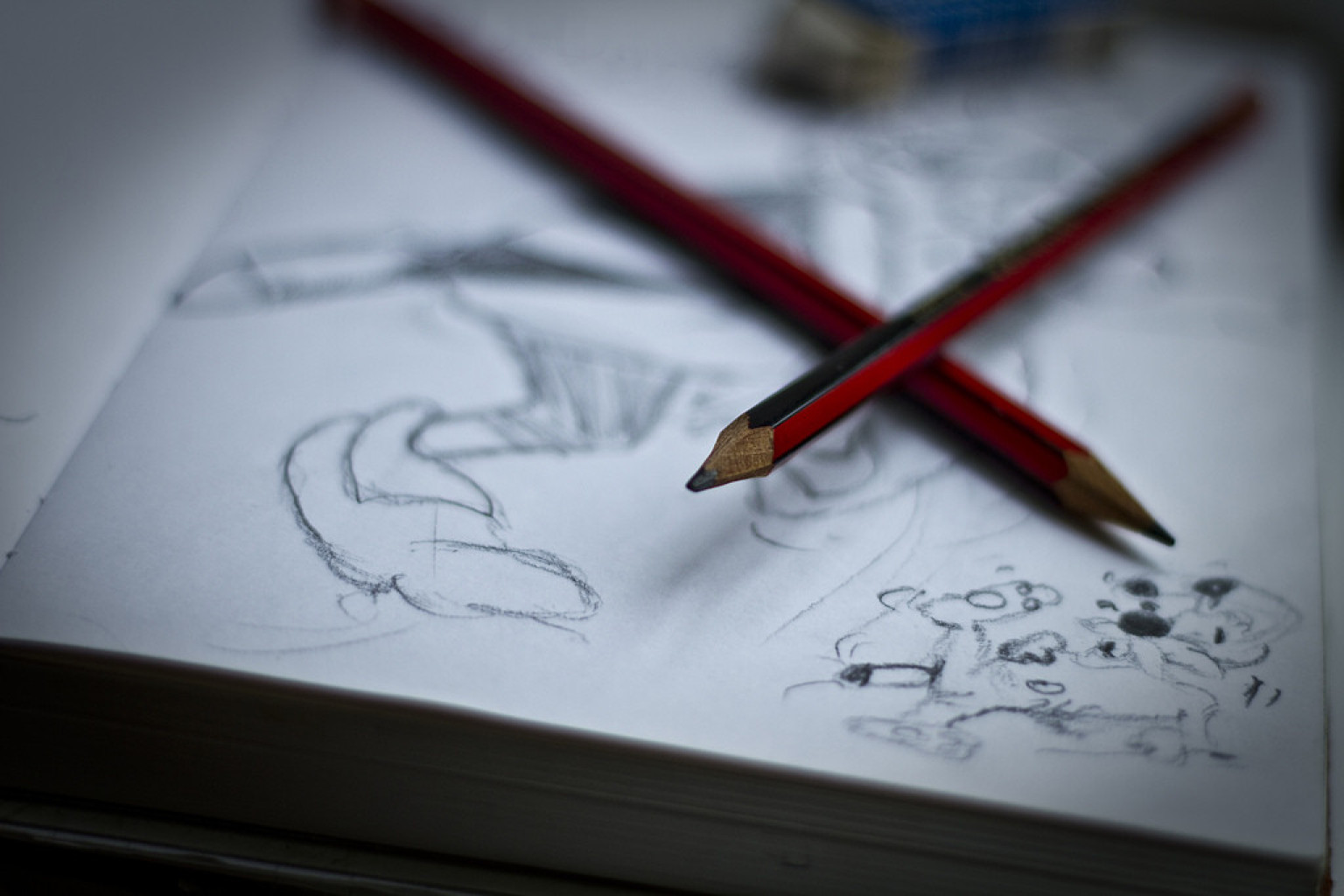 These Designers Gave Up Their Property To Protect Their Work

What's the price of protecting your creative work? Perhaps the price of your home or office...and then some. And that's exactly what designers Robynne Ra...

Several of these people even commented loudly about how they were going to go home and make the projects that they photographed.

Happens at every show I’ve ever been to. The particular sign is quite ironic, as you mentioned. Take solace in that probably ninety nine percent of those that say that will never be able to make most of the stuff. And the very few that do will end up having spent way more time and money trying to do it than they ever thought they would. Those people aren’t your customers, never will be your customers and you probably would never want them as customers anyways. As an aside, I wonder how many here have seen something and said - oh, I’ll just make that…

In my endeavors, I’ve learned that you don’t want people that don’t appreciate your work and the accompanying skills as customers or clients. You want the people that value your skill and will pay for it accordingly.

The Etsy thing sucks - but it’s the nature of the beast. Doesn’t make it right - just reality. Their is always someone willing to work for next to nothing.

Or even give their work away… I see it everyday in the photography world. Buzzfeed contacted me to use some of my work (amazed they actually contacted me actually - but they’ve been sued several times for “borrowing” work).

I happened to be away from home at the moment sitting next to a campfire in the middle of pretty much nowhere - on my dime, creating more material. I replied back with something regarding compensation. To which he replied back, well on-screen credit. I reply again with something regarding compensation and the reply to that is something along the lines of, we don’t monetarily compensate… which lead to my somewhat verbose reply of a company valued at 1.5 billion USD not being able to monetarily compensate its content producers has a pretty horrible business model and I hope that he needs his resume/CV in the near future.

I’m sure that they got the piece done - because, as mentioned earlier, plenty of people would be happy just to say, hey Buzzfeed used my stuff!

I agree with the points you’ve made (most won’t actually make it, those that do will spend more time + $$ to do so, not customers I want, andsoforth).

Had to giggle at this one:

plenty of people would be happy just to say, hey Buzzfeed used my stuff!

because Buzzfeed has used my stuff, and while I normally would have been irked, I was actually happy. They didn’t ask permission, but they did link to my work and it happened to be during my busy season, so it drove a fair bit of traffic and sales my way.

Wheeee … maybe I’ll buy a new house with all that exposure!

I’m glad that worked out for you! It sounds like a physical object you were making?

The guise of exposure, in their format, doesn’t work with what I do yet it drives a ton of traffic to their site that they collect ad revenue on. If I were doing physical, material objects - yes, quite possibly. But featuring images or videos that I do with a credit at the end really does nothing for me in the way of selling a magazine cover or getting me the clients where my niche is.

Correct, it was a physical object. And in most cases, I would not have been happy about it - but the timing was very fortuitous and it happened to work out well for me. A total fluke. Completely agree about the guise of exposure though - most of the time, it does little or nothing for the one being exposed.

PS. @cmreeder sorry to take your thread off on such a tangent there! FWIW, I think the fact that you are even asking these questions speaks to your integrity and good heart.

I don’t want to rip off anybody.
The question is pretty pertinent to 10,000 brand new laser owners. If we have 20,000 unique ideas among us, I would be surprised.
But we probably do have a lot of different takes on those 7 stories that @bdm mentioned.
And the ability to make for myself instead of buying commercially was certainly a draw for a lot of us.
So discussions on the ethics of what projects we build and how we attribute - these are valid topics. Not just for me. Not just because I liked an idea and wanted to run with it, but because thousands will do the same with their Glowforge.

one of my favorite oatmeal comcs… seems to fit here.

Oh man…went down a rabbit hole with that one. (Never read “Oatmeal” before and I am laughing my ass off!)

See you next week!

Is it most appropriate to post a new topic and tell you where I got my inspiration?

Is it better to continue the conversation about that inspiring piece with a reply about my derivative work?

Do whatever you feel comfortable with. Everybody’s building on the backs of others. I didn’t credit HBO for my GoT coasters. But I did credit @Jules when I used Sharpie to color my wood for my Harry Potter coasters. But that’s only because I remembered she did it. I’ve been reading these forums and others for the past couple of years. If I come up with a good design idea, is it really mine? Or did I read it here or elsewhere years ago and just forgot about it? Other times I may even remember I read it here, but totally forgot who did it.

Me, I’m not “the idea guy.” I’m the guy who tries to make an idea reality. So I’ll very likely never have an actual original piece of art to show. But maybe, hopefully, an innovative way to show the art. If you start a thread where you make Harry Potter coasters, I’ll expect no credit. Besides, mine are better.

Just follow the Golden Rule folks. If you feel that you would appreciate being mentioned when someone else makes something that you sparked the idea for, they probably would too.

(And it’s so much easier to just remember the one rule instead of having to drag lawyers into it.)

My only add would if one of your changes is to non-proofgrade and don’t add settings and force the original thread over to Beyond the Manual when it was posted in Made on a Glowforge.

Repent Harlequin! (I adore Ellison - he’s one of the sharpest tacks in the pack, and one of his methods of body disposal is the one I plan to use if I ever need to get rid of one.)

At last weekend’s show, she and her husband noticed at least a dozen people taking photos (without asking). Several of these people even commented loudly about how they were going to go home and make the projects that they photographed. Obviously, that’s really rude and disrespectful

Sometimes, you have to actually directly call out things that most people would assume to be rude. Have them print something or make something up saying, “No photographs please.” I was in New Orleans last weekend with my wife, and while walking around Jackson Square in the French Quarter, looking at all of the street art, people would come up and try to take a photo with their phone. The artist would actually say, “No photos.” Sorry to hear people treated your friend like this.

You taught me a new word. I’ve never heard this before.

If I want a photo I always ask the artist -and explain that I’d like to document their clever display or framing ideas and not the actual artwork. I don’t think I’ve had anyone tell me no (I think because I’ve asked politely and explained the point of my photo).

Yeah, that makes sense. It doesn’t seem like you’re trying to rip them off, but rather learn from them. And it might be a little different with people who consider themselves to be “artists” rather than “makers.” I would think makers are more willing to share techniques.