We purchased a Glowforge Pro back in April of 2020, things have been fine other than the fan issues that we have seen. Recently we started getting errors and the orange light about the air assist fan not running at the proper speed. Contacted GF support and it’s generally been crickets. Their support is lackluster at best as far as getting things done in a timely fashion. Last night we were doing our regular cleaning maintenance (which we do once a week) and this time we were due for the exhaust fan cleaning. We shut the machine down and went in to the fan cleaning mode as per GF Fan Maintenance got out the 3M cleaner recommended by GF that we have been using since the beginning and started the process. Brushed the stuff off the back exit and the grid area for the exhaust fan and entered the fan cleaning mode. At first everything was fine and the cleaning was going as it normally does, stopped the fan, wiped some more gunk out of the outlet and then started the fan again. Then BOOM! The exhaust fan inside the machine literally exploded and two of the fan blades came off of the fan. Obviously at this point we stopped the maintenance and tried to figure out what to do moving forward as we have a lot of orders to get out before Christmas. We do use an external exhaust fan thankfully so I thought that we were in the clear. Hooked the hose back up to test and the machine was vibrating like crazy due to the fan now being out of balance. I decided at this point that we had to do something or lose a lot of money due to the machine being out of service. I did some quick research and found out how to remove the left side cover and then removed the fan. I removed the fan without damaging any of the other components or changing the way the machine works. Removed screws, unplugged fan and removed fan. After doing this MAN what a difference in airflow without this fan being in the way, our external fan now works like a champ. The fact that these fans are so ridiculous to remove/replace seems like an oversight on the engineering of this machine. This should be a user serviceable part without too much fuss. I am now in the process of getting this over to GF to see what they are going to do, hopefully they deal with this in an acceptable manner without a lot of back and forth. Thankfully no one was injured when the fan came apart as it came apart with a lot of energy and the blades would have injured someone. I have attached pictures of the fan for reference. 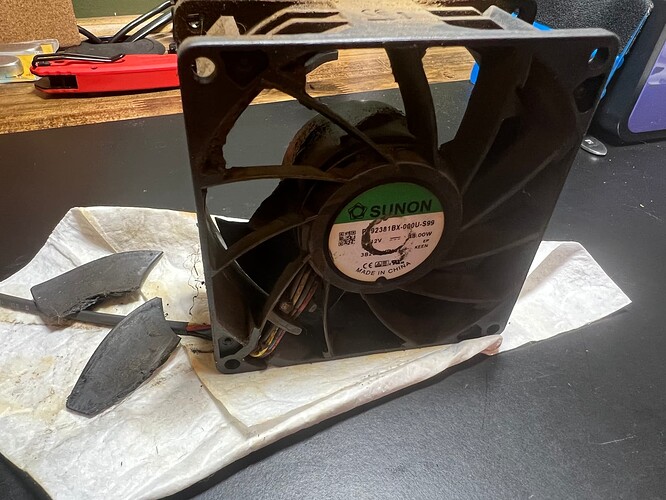 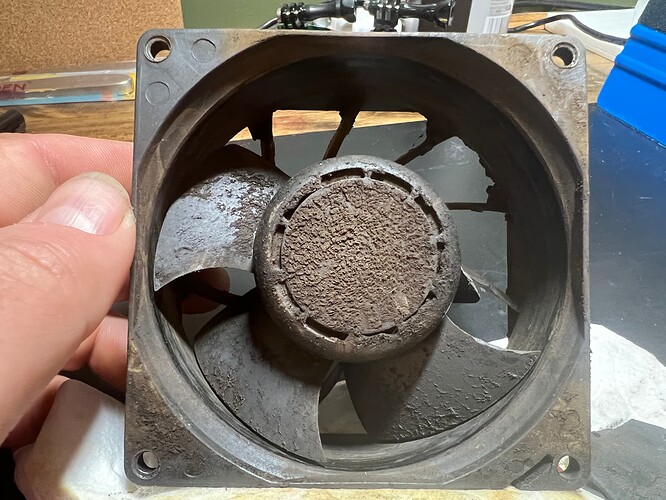 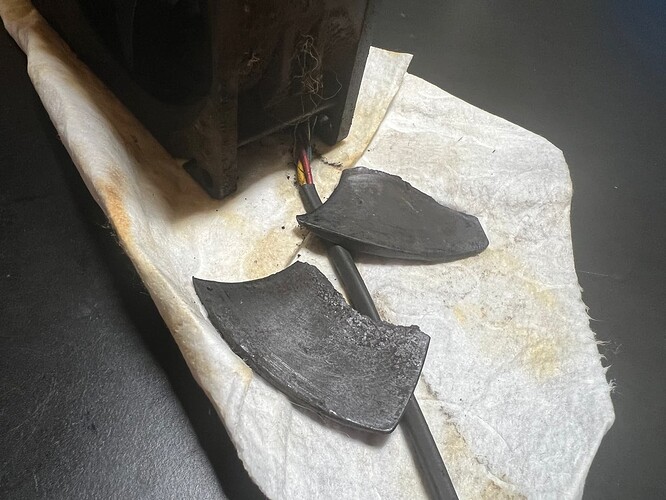 Wow, glad everyone was okay!!

Oh no, I’m terribly sorry to hear about the exhaust fan failing. I want to get this resolved for you as quickly as I can.

I just sent you an email with the next steps. I’ll continue to work on this with you there, so this post will be closed.