Fan is no longer just sleeping

I have been complaining for a while that the fan is not operating properly, and now I looked at it while cuts are happening and it looks really dead… 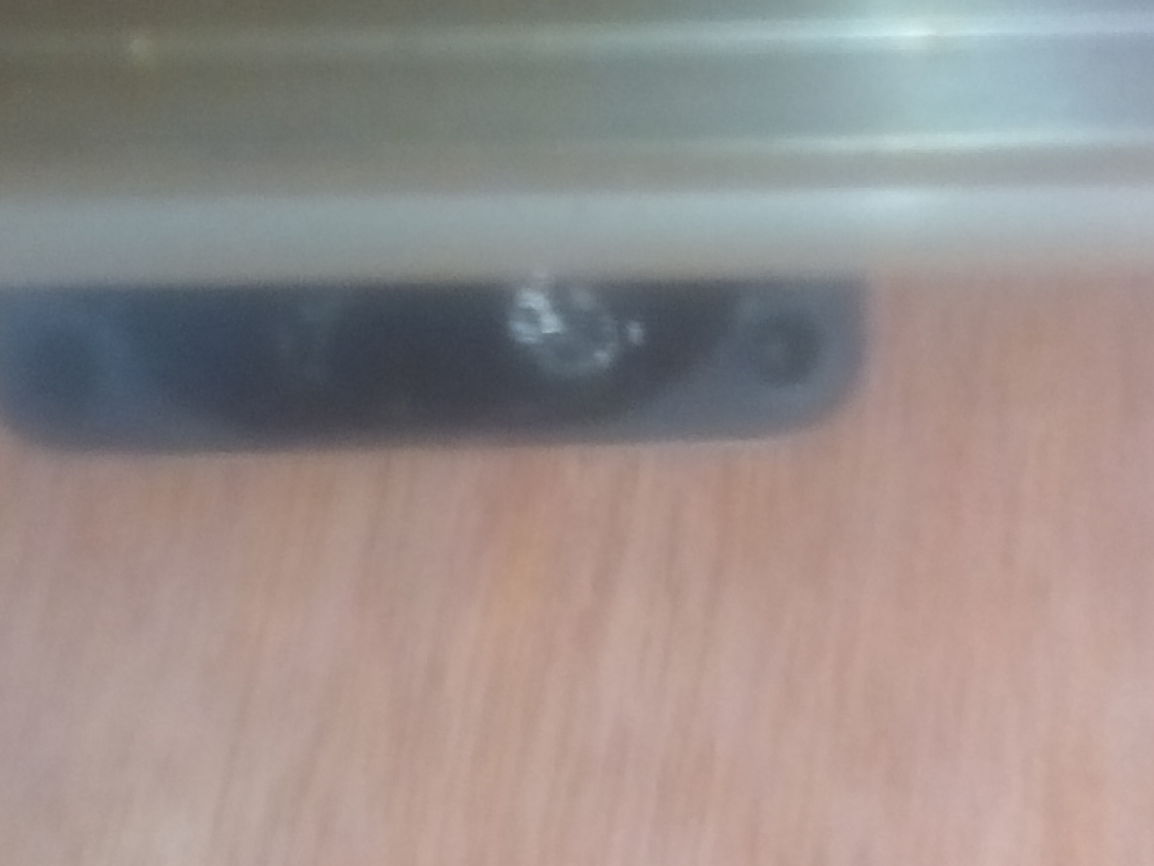 The surface of the fan blades is bubbled like it was overheated. I tried the vacuum cleaner trick this am and the fan was stiff enough to resist for a while, but I got it freed up so it would spin the fan but have not tried it. In any case the fan itself is fried enough to cause the surfaces to bubble… 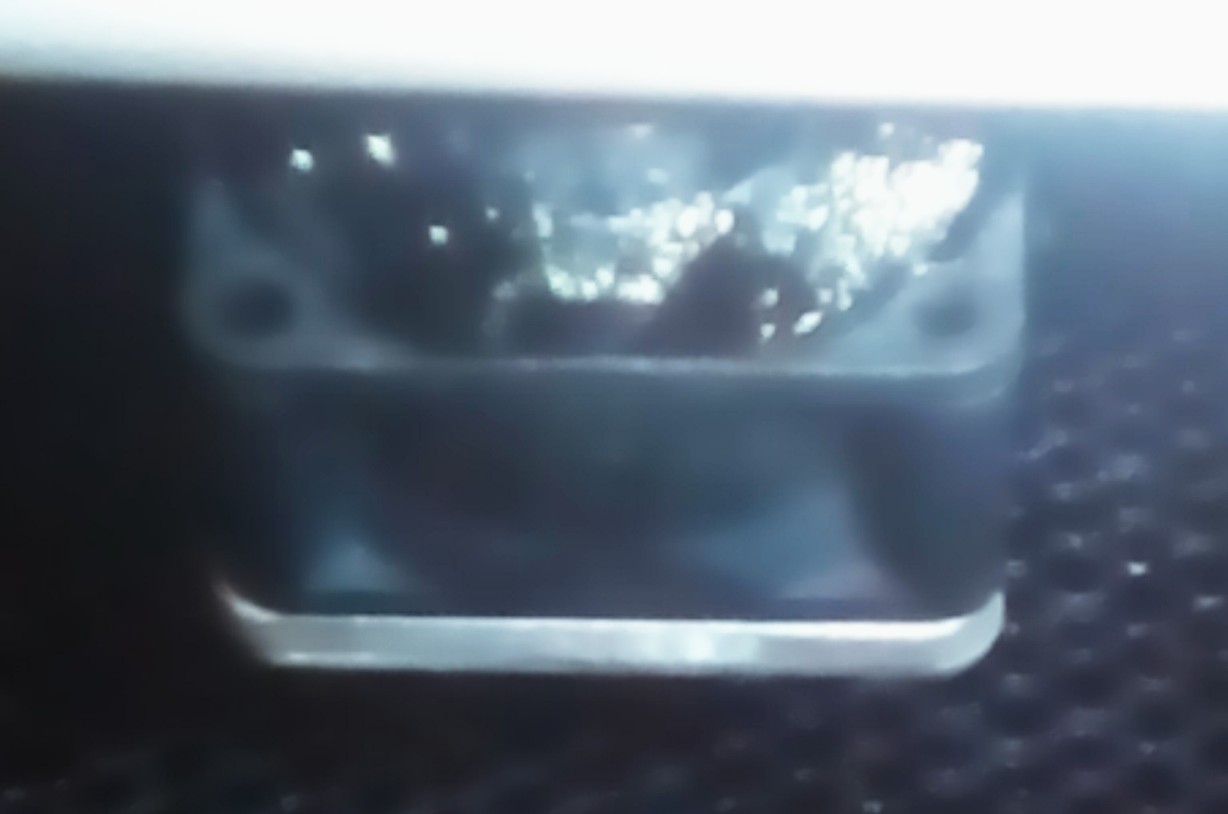 Hopefully I can replace just the fan without sending it back to the factory and getting severe withdrawal symptoms.

Hard to tell from the pics. Almost looks like aluminum foil flakes are stuck on the fan. bummer. hope it is resolved without a return.

The plastic is shiny, that is light reflecting off the bubbles…

After giving the fan much exercise with the vacuum cleaner it now seems to spin up properly but the surface of the blades is still all bubbly, and I am wondering if there is a procedure to replace the fan that I can do. If past experience holds it would seem likely to seize up again.

Thanks for reaching out again. I’m sorry the trouble is continuing.

If you are able, could you please take a clearer photo of the fan that shows the bubbles on the surface?

It was very difficult but here is somewhat better. 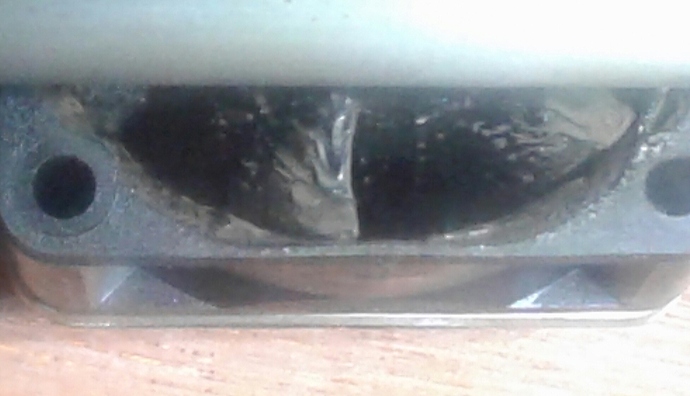 Did you try wiping that with a slightly moist Q-tip to see if it is a resin buildup? You do a lot of very close cuts and engraves, i wonder if it’s just junk on the blades?

(Mine has a slightly textured rough bubbly surface but nothing that looks like that. You might have the camera too close to the blades for it to focus.)

. You might have the camera too close to the blades for it to focus

There full picture is as far away as I can get. I have cropped the photo and used the zoom function to get as much detail as possible, as the photo is far more pixels than gets uploaded cropping preserves the resolution by only uploading the important part.

Usually build up even when extreme is more brown and fuzzy vs black and shiny as you can see in some places on the fan. However even if it was build up , I don’t know how I would clean it without removing the fan . I only was able to see the problems when I realized that a cell phone could see places I could not.

With my disabilities it nearly broke me getting these pictures. I did notice that unlike previously when the machine was turned on and idle that the fan was running so I had to shut it down completely to get the picture.

As I noted above the fan was not turning even when cutting and the vacuum cleaner did not move it at first, so spinning all the time is a good idea…

Here is what the build up on my fan looked like (a few minutes ago) and what I removed from it. I blow it out every so often (when I think about it) with a little rocket blower. 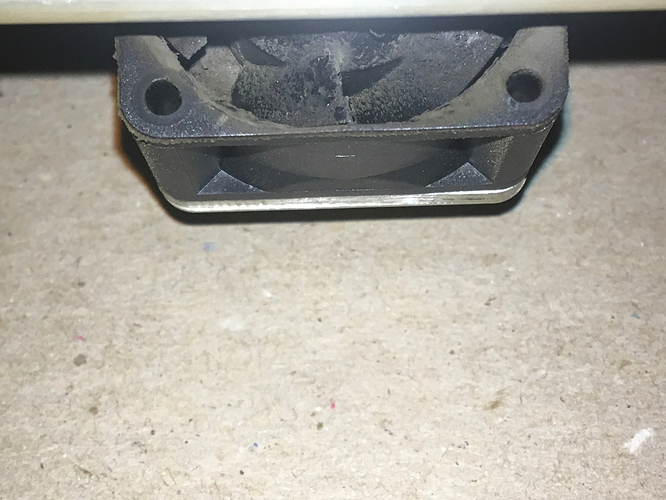 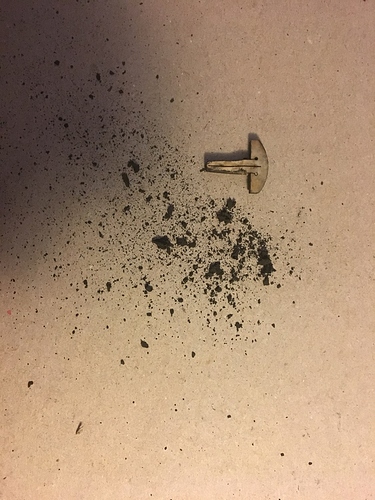 Here is what the build up on my fan looked like

Yup, that is what I would expect to see not what I have.

Thank you so much for providing the photo.

I recommend we replace this part under warranty. I’ll reach out to you via email to sort out the details.